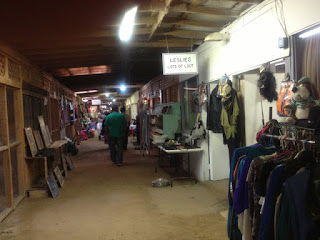 My mom and I went to the local flea market which is a collection of long ramshackle sheds complete with dirt floors and makeshift compartments on one end that deteriorate into just plain tables as you reach the other end. It was everything I'd hoped it would be. 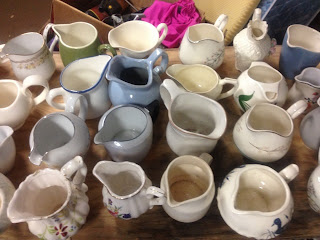 So, every now and then, if you go in the springtime, there are kittens and puppies for sale at the flea market. On this particular occasion years ago, there was a woman wandering the aisles with less teeth than I have, holding a cute little short-tailed kitten. Like anyone would, I held the sweetness when the toothless woman asked if I'd like to. The little sharp-clawed thing climbed up my shirt and nestled its head in my neck, and I was in love. 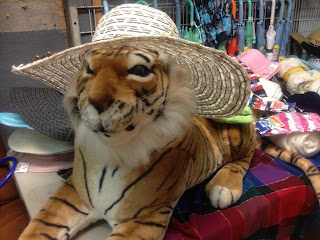 I found my mother who was a few tables ahead of me and brought her back to the cat lady, asking if we could consider taking the little ball of fluff home. So we went back to the woman in her faded tee shirt and cutoff jeans so my mom could see the kitten. As the little one crawled up my mom's shirt, the snaggletooth told us a little about it.

"Yep, you see that short tail, there? Them's bobcat kittens. They gots the short tails 'cause my cat musta mated with a bobcat." 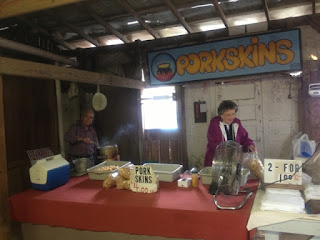 After that, of course, we didn't buy the kitten. But there weren't any there at all this weekend, sadly. Not even bobcat kittens.

We did, however buy some boiled peanuts from a booth where a man was roasting and boiling.

Around the corner from the booth, my mom and i smelled something delicious we couldn't identify. When we rounded the curve, though, we saw a man and his wife at their porkskins booth. He was friendly, and she was not. But I bought a bag of plain and a bag of spicy. All for a grand total of $8 for a bag about the size of a large bag of potato chips. Ah, the flea market. 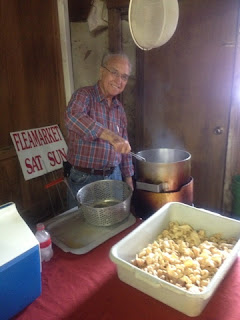 On the way out, we saw what I hope will adorn the front of my car someday: taxidermy. (see picture below.)

I also went to an extravagant halloween party tonight at a family friend's house where she had hired Marble Slab to come serve ice cream, a local hot dog restaurant to serve hot dogs, a caricature artist, and so many other things I can't even imagine. And I don't even want to think about how many fun sized Snickers I have eaten today.

But I did get a nap today while I tried to watch some Law and Order: Criminal Intent, and it was glorious. I hope to take at least five more before the week is out. Hopeful there's more awesomeness to come. 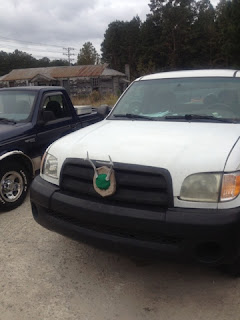