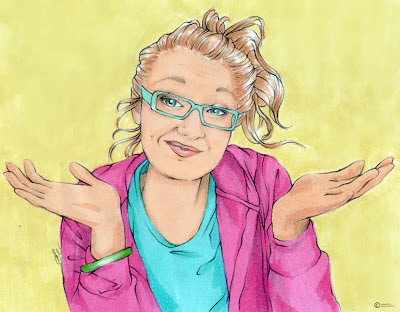 Though I probably should, I don't read a lot of relationship self-help books. I do, however, engage in quite a bit of discourse with my other spinster friends regarding male-to-female relations. Most of the time, I come away thinking the outlook is pretty bleak. But, like a lot of single ladies, that doesn't ever stop me from having a prolonged, imaginary relationship with anyone who so much as looks at me sideways and is at least marginally attractive. Oh yeah, I just admitted that.

The funny, thing, though, is that apparently a lot of people do this. In fact, in the one relationship advice book I have actually read, Greg Behrendt's He's Just Not That Into You, Behrendt devotes a significant amount of writing to telling women to stop being so excited about men they've just met. I'm not going to lie. I'm guilty of this, like, 99% of the time I meet anyone at all.

I thought only women were guilty of this bizarre (as "normal" guys would have us think) practice and preoccupation, but apparently David Foster Wallace was also familiar with this concept. I've been reading Infinite Jest for what seems like a million years, but last week I happened upon a bit of text that proves at least one man (David Foster Wallace) was aware of this phenomenon. Though, in DFW's account, this is a special practice of male drug addicts, the telling here made me laugh with recognition: "If a halfway-attractive female so much as smiles at Don Gately as they pass on the crowded street, Don Gately, like pretty much all heterosexual drug addicts, has within a couple of blocks mentally wooed, shacked up with, married, and had kids by that female, all in the future, all in his head, mentally dandling a young Gately on his mutton-jointed knee..."

This is a refreshing passage, though, as Don Gately seems to actually believe in marriage, unlike roughly 105% of single men in New York who live with the "romantic" notion that a relationship is actually stronger "without a piece of paper." I had hoped Beyonce's "Single Ladies" had done more to explain this concept.

But I digress. While Don Gately's character makes me feel a little better, I'd hate to think that single women are the only un-narcotized beings who receive a google calendar invite or a gchat and automatically start practicing their new monogram, planning their wedding, and naming their children. But unfortunately, I think this may be true. And, of course, this is why I write The Spinsterhood Diaries. So, the next time you receive a Facebook party invite, stalk that person's photos and immediately text your BFF, "And...we're married," just know, I do the same thing, girl. I really do. And I'm definitely not actually married in real life. But you know what? Sometimes I think there just might be a guy out there who will like that about me and will maybe even text his BFF to tell him we're married before we've even gone on our first date. You never know. It could happen, right?
Labels: books creepy greg behrendt he's just not that into you infinite jest reading relationship advice self help spinster stalking