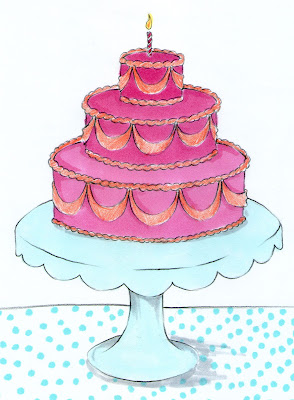 One of the least appealing things about getting older is the lack of awesome birthday parties. Even if you ask everyone to wear a costume, you're probably only going to get something like a 25% participation rate, which is sad. I will say, though, that when asked to wear the hand-made unicorn horns I brought to my twenty-sixth birthday party, my friends were nice enough to oblige. And, let's be honest; that's why we're friends. Not everyone's friends would be so game. If it had been my sixth birthday, though, everyone would have been all for unicorn horns and tails, too. Childhood birthday parties were the best.

When asking about everyone's favorite birthday party, I've found that you'll get a lot of hilarious answers. Some people loved a McDonald's birthday party, some got fired up about sports parties, and some liked a party with a special guest the very best. I have to admit, though, that my birthday parties though, were by far the most creative, thanks to my mom.

We'll start with the invitation. My mom always made up a poem to print and send to my guests instead of just a "who, what, when, and where" card. I wish I could call any of them to mind now. However, this set the tone.

Next, there was always a theme. A favorite was the '50s theme,but there was also the teddy bear tea party at which all the girls came dressed like their teddy bears. I've always been a breakfast fan, so one year I had a pancake party, and I think I'd like to have that one again. My mom arranged to have a real ballerina come for my ballet party. And how could I be a real fashion designer today had I not had a catwalk party with all my great aunts' old clothes from the '40s and 50s?

Last year, my mom threw me yet another awesome party complete with a home made photo booth and miniature food. Amazing.

So, I guess I'm the rude one when I ask this question because I know I'm going to win. #sorryimnotsorry