As a spinster, sometimes cooking can seem a little pointless. If you actually go to the trouble of making anything from a recipe, you'd better like it because you'll be eating it for the next two weeks. And, your kitchen probably isn't super large and cooking-friendly, either. At least mine isn't. So, I've developed this Spinster Strategy I like to call "weekend pizza." 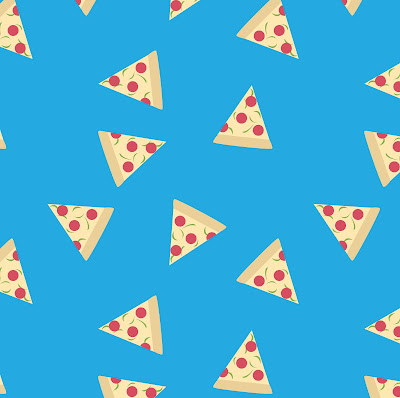 On sunday night, I like to maximize my last few hours of weekend by doing absolutely nothing productive. Getting in my pajamas around 7pm is a joy unlike many others. There's Netflix to keep me company until "Revenge" starts at 9pm, and a little nap doesn't do any harm, either. After all, I'll need to stay up past my bedtime to finish watching "Revenge!"

But what to do for dinner? Cooking is really out of the question, though sometimes a reheating is acceptable. Sometimes, though, it's time for weekend pizza. To optimize the benefits of weekend pizza, you should really order it sunday night. I know I'll be judged for this, but I'm just going to go ahead and say it: I live in New York, and I still order from Dominos. There. I said it.

Dominos always has some kind of deal on their website, and I usually go with whatever that is. This weekend it was one large three-topping pizza for $12.99. Sometimes it's two two-topping pizzas for 5.99 each. Either way, I just do whatever it is. Once I've placed my order, it's time to watch their special status bar that tells me Mandeep has begun making my custom pizza, or Kamal has left for delivery.

When the pizza arrives, I scurry down in my pajamas and bathrobe to the delivery guy who probably knows all too well that I am unabashedly spinstering out hard core at 7pm on a sunday night. He doesn't judge. He just wants that tip. In fact, he probably wishes he was watching "Law and Order" in his bathrobe.

Once I get the pizza, I only eat a couple of pieces, but then I've got dinner for at least three days! Or breakfast and dinner for a couple or just breakfast. There are so many possibilities! And for the next few days, you don't have to think about what you'll have for dinner. You know you've got an excellent slice of cold pizza just waiting to be devoured in your bed. Because, let's be honest. That's where you're going to eat it.
Labels: breakfast dinner dominos food pizza