Why I'm not dating Ryan Gosling 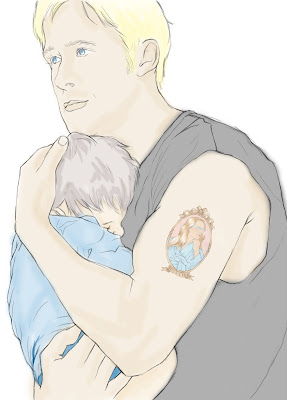 This weekend, my friend Alexandra and I went to see The Place Beyond the Pines, or as we called it, "The New Ryan Gosling Movie." More aptly, though, I think the movie should have been named "Ryan Gosling Holds a baby and makes me wonder if marrying a carnie would actually be such a bad life..." But he doesn't just hold the baby. He makes the baby stop crying. So...even more of my heart crumbled at the thought that I'll never hold hands with Mr. Gosling. He'll never say, "hey girl," to me.

But you know what? The more I thought about it, the more I realized it would never work between us. So, when Ryan Gosling and I meet, which we obviously will, I'm afraid I'm going to have to tell him that for the following reasons, we will never marry:

1. He's too good looking. The reasons this is a problem should be obvious, but in case you aren't sure, I'll go ahead and spell it out for you.
A. He's better looking than I am, and I want to be the pretty one, thank you very much.
B. That's a lot of pressure. I mean, I can't be having women who look like Eva Mendez flirting with your man. I can't compete with that. She was a billboard for Calvin Klein lingerie, for crying out loud.
C. If we ever had children, and they turned out to be less than stunning, we'd both know it was my genes that muddied the gene pool. What a shame.

2. The way he looks at people is too good. I know that sentence doesn't make sense, but I think we can all agree that one of the reasons we love the Gosling so much is less about his voice and more about the way he just stands there and stares at you, making you think things like "sure, I'll help you rob a bank, no problem!" I just think that'd be a dicey business. I'd rather be paid to be hypnotized, thank you very much.

3. He's too physically fit. You know, Ryan, I have a desk job, ok? I don't have as much time to work out as you do. And can't you write your gym membership off as a business expense? I thought so. So, geez. Stop judging me for eating falafel chips for breakfast. They're high in protein and fiber.

4. There are Tumblrs about him. Yes, of course, when you look at the "Hey girl" meme, you fall in love with the Ryan Gosling over and over and over again, but let's be real, here. That means some other girl has dedicated a lot of time to thinking up what she wishes Ryan Gosling would say to her. Can I even compete with that much attentiveness?

5. I hear he's a total weirdo. Let's be honest, though. That's not a deal breaker.

6. I can't make it all the way through The Notebook without bawling my eyes out, and I'm afraid he'd find out and be upset.

Ok, so I can only think of six reasons, but Ryan, if you're reading this, I'm really sorry. I just...I just don't think it's a match. But I'd like to be friends, ok? Can we be friends?
Labels: baby dating dating ryan gosling drawing Illustration photoshhop ryan gosling ryan gosling holding a baby