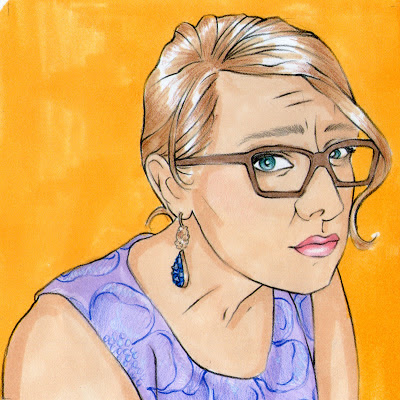 All the education you actually need to get a job in fashion design is an Associate's Degree. In this economy, that's actually magnificent news for anyone who's considering. In all other industries, an MA, MFA, or even a PhD would be to your benefit. In fashion, professional experience counts for more than any diploma you could possibly have. And really, that's sort of the way it needs to be. Every fashion company is different, and as I've said before, most of what you need to know needs to be learned on the job.

However, this setup creates an interesting situation. Though there is a vast amount of communication involved in fashion in the way of meetings, presentations, and emailing back and forth with vendors and factories overseas, verbal skills seem fairly low on the list of prerequisites to function at a high level in the fashion industry. While sometimes I find my self taken completely aback by the repeated errors of my colleagues, in the end, I really just have to laugh. And I hope you will, too.

Below you'll find some of my favorite examples of verbal mishaps in the fashion industry.

1. Sequins
I once had a manager whose diction was not quite the same as mine. While she was american born and raised, she liked to use the fact that she was italian as her excuse for any and all verbal errors. In many a meeting, I noticed she was pronouncing "sequins" in quite a crisp and peculiar way. It was not until I received an email from her regarding apparel embellishment that I realized I may have been misunderstanding her. In the email, she went on and on about what "color sequence" we would use. In my reply, I had said I had thought we were using one color for all embellishment, but was I wrong? What different colors would she like to use in the sequence? And sequence of what? I thought these would all be the same thing - sequins. And then I realized. She thought "sequins" and "sequence" were the same word. And by "sequence," she actually meant the shiny circular things sewn onto garments. I didn't correct her, but form then on, I just noted in my mind that the thought the two were one and the same and that I was, in fact, misspelling "sequence" as "sequins."

2. Sateen
There is Sateen, and then there is Satin. The two are not the same. Sateen is usually a bit thicker and sturdier than satin and has a much less shiny finish to it. Satin, on the other hand, can be made of silk or polyester or...I'm sure other fabrics...but it's generally shinier and drapier, unless you're talking about a specific make like, say, duchess satin, which has a firmer finish. Sateen is sometimes made of things like cotton but is generally considered a more casual fabric than satin. It's hard to explain, but the two are definitely not the same thing. Well, needless to say, I once had a coworker who was my superior who would continually ask me to enter "cotton satin" in a tech pack and would also type the word "satin" when she meant "sateen." Now, you can imagine the difference between Sateen pants adn Satin pants. One is either sleepwear or very dressy, and the other is, well, everyday. Confusion!

3. Pointelle
This word is pronounced "point-tell." It's a kind of knit that has little holes in it and sometimes can look like a knitted lace. I was once in a meeting where one presenter pronounced this word "point teal" while everyone else referred to it correctly. It was almost as if she were intentionally rebelling against the correct pronunciation. Cringe-worthy.

4. Concur
There is an expense reporting software that a lot of companies use called "Concur," but I once had a coworker who, much like the woman in #3, insisted upon pronouncing it as "conquer," no matter how many other people in the conversation said "concur." She did it for weeks until I finally lost it and asked her if she knew that "conquer" and "concur" were two different words. Understandably, she didn't appreciate it.

5. And then there's me...
After all I'm a fashion person, too. For years I thought the saying was "All the sudden" instead of "all of a sudden." I also used to think the saying "For all intents and purposes," was actually "for all intensive purposes." Thsose are the only two I can think of right now, but I cringe to think what else I'm saying wrong. Probably a lot of things. Because, like I said, I, too, am a fashion person.

So...maybe I am a little bit of a snob, but I get just as embarrassed as the next person when I realize I've been pronouncing something completely wrong for heaven knows how long. But as embarrassing as that can be, I'd rather be corrected and temporarily embarrassed than keep saying it wrong. The moral of this story? Tell me if I'm saying it wrong. Please.
Labels: associate's degree concur english fabric fashion fashion design fashion designer grammar pointelle pronunciation sateen sequence sequins