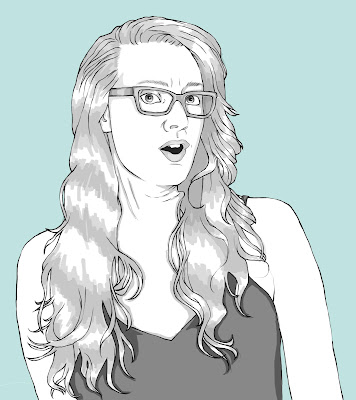 I think we can all agree that Google is one of the greatest things created in my lifetime. I love Googling. In fact, at work it's a joke that I should have Googling on my resumé because they think I have a finely honed skill. But let's be real here. You don't need a special skill to find stuff on Google. That's why it's so amazing.

However, Google isn't directly what we're talking about today. A few months ago, I had the burning need to know what, exactly, is all that stuff inside of pimples. Upon researching, I found out that it's this stuff called Sebum. And then, upon searching further I found out that some of the worse blemishes become infected and are something called Sebaceous cysts. Grody.

You wanna know what's worse, though? YOUTUBE VIDEOS OF DRAINING CYSTS! So disgusting but also somehow wildly satisfying. I would link to a video here, but there are so many. That, and I am afraid you'd be thoroughly disgusted. However, a lot of the videos had over a million views. So...maybe you will want to watch them. I may or may not have watched quite a few over the weekend. Don't judge me. This is why I live alone.
Labels: cyst disgusting drawing google gross Illustration lancing Photoshop punch in the box sebaceous cysts sebum