Top 5 Questions to Ask in a Fashion Interview 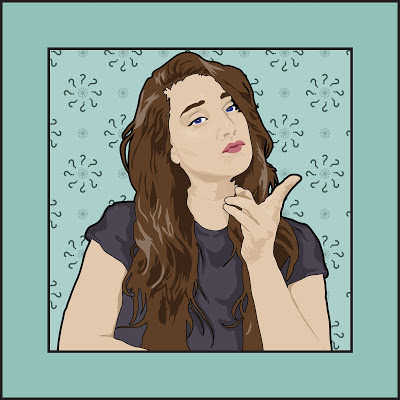 When I was interviewing for jobs right out of design school, I was always caught off guard by the question, "do you have any questions for me?" As I had no real experience yet, and it was such a tough economy at the time, the only question that ever came to my mind was "WILL YOU HIRE ME!?" Thankfully, I knew better than to ask that during the interview. Now, though, when I'm asked if I have any questions, I do have questions, and I have a lot of them. Today, I'm going to share the five that I think are most important to figuring out what kind of place your potential job actually is...and whether you want to work there at all.

1. Work Life Balance
When I took my first job, I had no idea what "work life balance" was, and apparently, neither did my employers. I found myself working at least twelve hours a day and often on the weekend as well. My manager told me that I had to let her know if I ever had plans to leave the city on the weekend so she could tell me if it as all right.
In most industries "work life balance" refers to the importance of having plenty of time outside the office so that you can perform well inside the office. It's necessary to ask this question in the interview both to find out whether or not it's a concern at the company as well as letting the interviewer know that it is a major concern for you. In order to perform at a high-functioning level, you need enough rest and alone (or just fun) time to recharge your figurative batteries.

2. Team Structure
It's important to know what you're getting into in terms of the direct-report structure as well as the overall makeup of the cross-functional teams. It doesn't matter if you're the assistant's assistant's assistant or the Vice President, you need to know how many people are above and/or below you. If you're low on the totem pole, it's incredibly useful to know just how many people will be over you and whether you'll have direct contact with all of them. Ideally, as an underling, the less people you deal with and have to listen to, the better. It can be a real headache when everyone feels like they can ask you to do things for them, especially when those things often conflict with each other. On the other hand, if you're a bit higher up, you'll want to know if you'll have an assistant or if you'll be doing all the work yourself.

3. Potential for advancement
A lot of times, when you're hired somewhere, title-wise it will be a lateral move. If you've been at the level for which you're interviewing for any length of time, it's important to have a time line for when you'll be eligible for a title increase. Otherwise, you may end up being an assistant designer for four years or something. And that, my friends, would be much too long to be making copies and answering emails from your manager asking you to print things. Because, really, she could have printed it herself in less time than it took her to send you the email asking you to print it.

4. "Collaboration"
One of the ambiguous buzzwords a lot of interviewers like to use is "collaborative." Sometimes this actually refers to a good thing, like the willingness of the design director to consider input from all levels on the design team. However, more often than not, when a company fancies themselves "collaborative," this is a sneaky way of saying there are always too many cooks in the kitchen. Many times, a "collaborative" environment is one in which everyone, not just the designers, gets to offer up design ideas and make changes to the designs. As a designer, this is something you really want to avoid because you'll be getting more than enough creative input from your boss(es) on the design team without help from your production team or the merchants. The more people who are allowed to give their creative opinion abut your designs, the more you'll feel like all you are is a data entry specialist. And let's be real, you didn't go to design school because you're enjoy or excel (no pun intended) at data entry.

5. Development to Adoption Ratio
This is a really important one. Essentially, this refers to how much of your work actually goes through to production without being cut. Some companies are really vigilant about having a good ratio (say, design 6 to get to 4) while at others you'll end up dropping over 75% of your developed styles after the proto phase. That can be really disheartening and engender a feeling of futility about all aspects of your job. Even worse, though, are the companies where you drop some 80% of your development only to replace it with another round of new ideas your merchants have submitted and would like you to "design" so that they can then add, drop, or change at will. You want to make sure the place you're going knows that's not ok.


When in the beginning of your career, I know it will feel like the answers to these questions don't matter at all if you can't get hired anywhere. I have to admit, you're probably right. But, that's why it's so important to get really good at interviewing. Until you find a place with which you can live (and not at which you will live), You may change jobs every year or two. That's normal in the fashion industry. So, I hope I've helped just a little in your quest to be an interviewing pro. You're probably going to need it.
Labels: adobe illustrator fashion design fashion designer how to interview Interview questions interviews jobs top five questions to ask in an interview work work life balance