Getting It Done Spinster Style 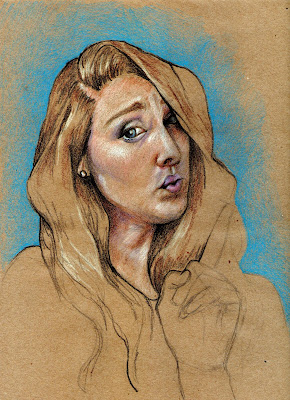 Well, this week was officially the longest week ever. I wish I had scientific evidence to prove it, but you'll just have to take my word for it. I thought it would never end. However, it's possible that this week I became a real adult. I asked to speak to a manager.

I really, really hate that most companies are moving over to mail order prescription services. While in theory the mail order system should be easier, like shopping online, it's actually incredibly inconvenient. The difference between shopping and having your prescription filled is that you actually have to mail in the prescription with some accompanying paperwork in order to order it online. There is the option to have you doctor fax in the prescription, but after he's already written you the prescription once, he's going to get annoyed with you for making him deal with it a second time. Believe me, I know. My...ehem...lady doctor...was quite rude about it.

I won't bore you with more details, but I had a really hard time getting a prescription refilled this past month, and on my second phone call attempting to remedy the situation, I, for the first time in my life, asked to speak to someone's manager. I never thought I was the kind of person who needed to speak to a manager. That's for people who get themselves all upset because they were rude to the service person and are now reaping what they've sewn. However, I must say that my asking to speak with the manager actually helped! I just hope they're not filling my prescription bottles with hamster food or goat pellets. Then I'll really need to speak to a manager.
Posted by Myrna Minx at 7:00 AM