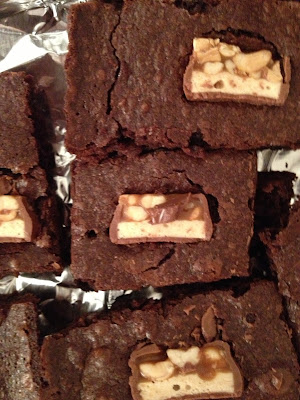 Earlier this week it was time again for the office monthly birthday party. They day before, I was home with a massive migraine, so I didn't have much energy to put toward my party offering. But hooray! I had a brownie mix! In an office full of women, though, I couldn't just bring regular brownies. So, since the Reese's Pieces Brownies were such a hit last time, I decided I'd try something similar but new: Snickers Brownies! So, here's what I did: 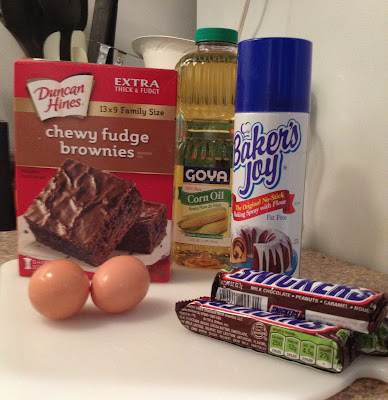