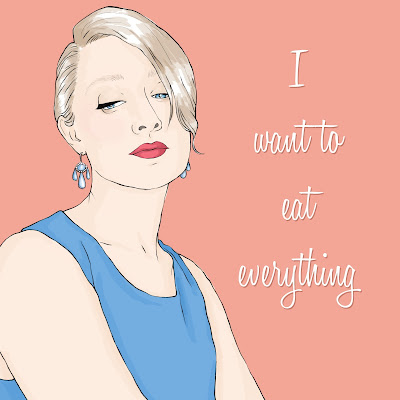 Earlier this week, a coworker was asking me about Astoria. As you may have noticed, I love Astoria, so clearly I was happy to email her a list of the highlights. Today, I wanted to share it with you!

Astoria is actually a really large neighborhood. I live sort of on the border of Astoria on the Southeast corner. That's about 3 miles from the Northwest corner which is just north of Astoria Park and the famous Ditmars Boulevard just south of Rikers Island. As such, most of my regular hang spots are in my immediate vicinity. Any other Astorian might have their own list.

But enough with the disclaimers! Let's get down to business.

1. The Museum of the Moving Image
This is one of the coolest Museums in New York. It's small (re: manageable), interactive, and they have movie screenings. I went to the Jim Henson exhibition twice because it was so awesome. The interactive portion is super cool and includes exhibits where you can make your own flip book, make your own stop motion animation, and record your own voice over. The Permanent collection includes a bunch of costume, makeup, props, scripts, and head shots. If you're a movie-goer at all, this is a super fun place to visit.

2. Site
This is a super cute store with a mix of hand made and made in the US items. They carry Astoria and queens themed shirts and home decor as well as some great jewelry, postcards, and home wares. I got an excellent cat necklace there one time, and of course I own an "I <3 Astoria" Shirt. Except the heart is right side up, of course.

3. Steinway Street
At first glance, Steinway street doesn't seem like the treasure trove that it is. However, once you start ducking into stores, there are all kinds of things you can find for a steal. My favorite thing to look for on Steinway is costume Jewelry. For this, you'll do best to stick to Steinway between Broadway and 30th Avenue. There's a store called Prima Donna which has a really nice floor space, but further toward 30th avenue are also smaller, more jam-packed stores with names like "high on heels" and "jewel-licious." I suggest you just go ahead and peruse all of them. You never know what you'll find!

4. Queens Comfort
On any regular weekend for brunch, Queens Comfort is absolutely at capacity. They serve delicious things like a fried zucchini sandwich, chicken and waffles, and fried green tomatoes. In other words, it's delicious. The decor is equally as charming as the menu. There are wooden booths, and a long wooden table down the center of the room. If that doesn't suit your fancy, there are diner-style bar stools at a formica counter. Against the back wall is a large projection screen, usually showing some random, obscure movie that you somehow can't stop watching.

5. Home Made Taqueria
This is the first place I ever had a Huarache, and it was life changing. As the name suggests, here they make their own corn tortillas, which are actually much thicker than your average tortilla. Their version of a quesadilla bears no resemblance to what I had ever encountered, but it was obscenely delicious. It's tough for me to choose my favorite taco joint near my apartment, though, because there's another one on Broadway between 44th and 45th, but I'm not entirely sure it has a name at all. There's a neon sign in the window that says "we have tacos," and it's always full of spanish-speaking men watching a soccer game. So...I think that says a lot about the quality of their tacos.

6. The Astor Room
I don't visit the Astor Room often, but when I have been, I have always been pleased. Located underground below the Kaufman Astoria Studios, the Astor Room offers the feeling of stepping out of a time machine into a jazzier era. The bathrooms are papered with opulent floral wall paper, and sometimes there is a Jazz combo playing during Sunday Brunch. On top of all of this, the doughnut hole appetizers are mouth watering.

7. Bareburger:
Though Bareburger has infiltrated Manhattan, the original location is on 30th Avenue in Astoria. If you go for brunch on the weekend, you can get sweet potato fries, but on any regular day, you can get a basket of fries for the table to share which comes with three dipping sauces. My favorite sauce is the curry ketchup. And this isn't even to mention that their veggie burger, portobello burger, and beef burger are all quite good.

8. Villa Brazil:
This Brazilian Buffet restaurant was suggested to me by my real estate agent before I even moved to the neighborhood. He was not lying. It is delicious. Aside from beans and rice and excellent fried plantains, this place has this meat window in the back where you can order all kinds of brazilian meats. I have to admit, though, that I've never gotten the meat. There are too many other delicious things to try. I have heard tell, though, that the meat is quite good.

9. UA Kaufman Astoria Cinemas
You had to know I was going to include this. Realistically,  this is where I spend a whole lot of my time. It's a pretty good movie theater that's clean, rarely has a super long line, and is rarely sold out. What more could you ask for? Warning, though: One time I ate the corn dog bites out of curiosity more than anything, and they weren't great. What's worse is that it was light in the theater for a little while before the movie started, so people saw me eating them. Oh, the shame!

10. Cafe Bar
This is my hang spot. When I'm in town, I try to eat here once a weekend. I usually eat brunch there, and their huevos rancheros are the best I've had in the city. However, I can also recommend the falafel wrap, the pear and gorgonzola salad, and the cypriot breakfast. The fresh squeezed orange juice is $6 a glass, but I have to say that I think it might just be worth it. It may just be the best I've ever had. If you're in need of dessert, the chocolate lava cake will do you right every time.

Well, now that I've told you all my spots, I'm going to hit one of them for brunch! Happy Saturday!
Labels: astoria Bareburger Cafe Bar Kaufman Astoria Museum of the Moving Image Queens Steinway Street The Astor Room Villa Brazil