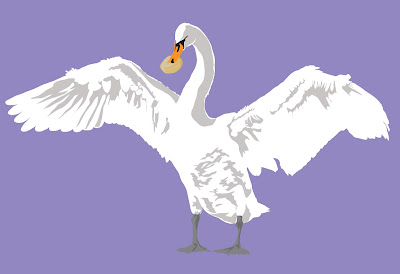 One of the benefits of all my friends getting married this summer, is that I'm going home a couple of times in the same month. While the trips to and from the airport and the loss of my regular weekend vegetative state will be tiring, I'm definitely looking forward to it. In fact, I have a countdown going: fifteen days until my next trip!

My hometown is called Sumter, South Carolina, and while some complain there's not enough to do there, I never had any trouble dreaming up adventures to have withe my friends. One that I particularly miss is when we'd do a "photo shoot" day and run around town with my Nikon film SLR making photos kind of like the ones you'd see in Rookie Mag.

As much as I liked our photo shoots, hang outs at Wal mart, and late night trips to Waffle House, I probably won't be doing any of that on my trips home. However, I do hope I can hit some of my favorite spots to dine. The good news is that I'll have some time to spread all these out so I don't return to New York looking like an obese gnome.

Without further ado, check out below my list of the top 5 places I try to eat in Sumter, SC:

1. Hibachi Grill
I think this restaurant opened when I was in early high school, or potentially late middle school. This cheap and no-frills restaurant has the best broccoli and japanese sweet carrots I've ever tasted. Located in the far corner of a Piggly Wiggly parking lot next to where the old wal mart was, Hibachi Grill will surprise you with its deliciousness. Bonus: There's glass in front of the kitchen, so you can watch the chef make your food.

2. Sambino's
Sambino's has been a Sumter staple for as long as I can remember. Formerly, the restaurant was located out by Shaw Airforce Base, then it moved to a tiny-but-charming little hut sort of behind the Food Lion and on the way to the YMCA. Now, they've updated their look to something a little more modern (which makes me kind of sad) and have moved across from the CVS on Alice Drive. The food is still good, though, and they have a ridiculously inexpensive lunch special - something like five dollars.

3. Murray's Dounuts
I once went on a five mile run and planned it so that I would be finishing the running right around Murray's Donuts. I got two fresh glazed donuts as a reward for all my hard work and ate them on the walk home. While it doesn't take much for me to eat some Donuts, Murray's rival any I've ever had anywhere. While more established sumterites like my dad often prefer Perfection Bakery, I prefer Murray's. But I will admit, that is just a matter of taste. And that taste is delicious.

4. Ward's BBQ
In the south, barbecue restaurants can inspire some serious debate. While there are definitely some great options in Sumter, Ward's is my favorite. Ward's doesn't have a lot of different sides, but their hash and rice is killer. Bunus: Hush puppies. Also, they are located now across from the new Sambino's Location and thus diagonally across from the CVS. That is, if you need some Tums or something when you're done.


5. Mary Ann's
Mary Ann's is an unassuming little lunch spot in a strip mall on Bultman Drive. There are laminated table cloths, a carpeted floor, and strange paintings of tromp l'oeil windows on the walls, but a lunch in there will show you about half the business people in sumter. Their sweet tea is some of the absolute best I've ever had, and their pasta salad is really brilliant. I like to order the roast beef sub, but I hear the chicken salad is really excellent as well.

If you've clicked the links above, you'll see that hardly any of these restaurants have proper websites. That's how you know you're getting the inside scoop. So, if you ever find yourself in Sumter, and you're not invited to my mom's house or Ginger Jones's, I hope you'll take me up on some of these delicious options. At least go to Murray's for a little snack.
Posted by Myrna Minx at 7:00 AM