A Tourist's Guide to New York: The Spinster Suggests 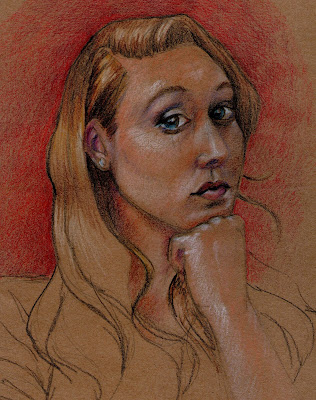 On any first trip to New York there are, of course, the obligatory stops. You have your Statue of Liberty, Ellis Island, Empire State Building, Top of the Rock, harbour tours, Chelsea Piers, Bergdorf's, Bendel's, Barney's, Saks, Tiffany's, and any number of other places. Today, however, I want to tell you about my top five spots that might not be top on a first time tourist's list.

1. The Garment Center
As a fashion designer, you had to know this would be on my list. The Garment Center is also known as the Garment District or, as it likes to call itself, the Fashion Center. A lot of design houses and sewing contractors are in this area, and if you don't know what you're looking for, it can be overwhelming. To get a pretty good idea of what's going on in the garment center, I suggest 38th street between 7th and 8th avenues (home to a bunch of amazing trim shops), and 40th street between 7th and 8th (home to the likes of Paron Fabrics and Elegant Fabrics, to name a few). Of course, you can't forget  Mood on 37th, M&J on 6th Avenue between 36th and 37th, or B&J fabrics (where all the design students swatch early in the morning) on 7th avenue between 38th and 39th. One of the most fun things I think I've done with my mom was buying fabric at Paron's which she then took home and had made into what I think is probably one of her favorite skirts. How fun is that?
Just south of M&J on 6th avenue are a couple of blocks of crazy costume jewelry shops that are always having a "sale." I somehow think, however, that those are the permanent prices. Whatever their costing structure, though, the jewelry is fun and the prices are great.
Between 5th and 6th avenues on both 36th and 37th streets are a bunch of bead shops where you can buy beads by the strand or the bag. I love to just go and walk around in these. Though they're not fancy, they do get me in a creative mood.

2. Koreatown
Just south of M&J (or Herald Square or Macy's) you'll find Koreatown, the home of the delicious food. Most of the best restaurants are on 32nd street between 5th avenue and Broadway, but the Korean Influence spreads as far as 35th street, home of some pretty excellent Korean BBQ and Karaoke. On 32nd Street you'll find little shops, restaurants, bars, and bakeries full of scrumptious things to try. I say have the bibimbap in the stone pot if you're like me, or Korean BBQ if you like to share, followed by something strange, fruity, and amazing from Paris Baguette or Tous Le Jours.

3. The Diamond Center:
I know I've mentioned the Diamond Center before, but I never knew it existed before I lived in New York. On 47th street between 5th and 6th avenues (yes, that's just below Radio City), it's just store after store after store of jewelry and people ready to make a deal. Bring cash if you're looking to buy. They'll cut you a deal. If you're not looking to buy, they'll still usually let you try on anything you'd like, and I like that. Just be ready to take their business card and write down all their information. If you're not careful, you'll also walk off engaged to the shopkeeper's grandson.

4. The Flatiron District:
I hesitate to tell this part because as shopping areas in New York go, Flatiron is actually fairly unpopulated. I like to pretend it's my secret shopping spot. Just north of Union Square, Flatiron has all kinds of shopping. If you start just above the Flatiron building, you can stroll through an admittedly very crowded Eataly, hit the Marimekko store, then continue down 5th avenue to visit Comptoire Des Cottonniers, Kate Spade, Madewell, and further down, a pretty good Anthropologie. Of course, there's lots in between. If you take a right when you get to 18th street, you'll run into Paper Presentations, one of my favorite stores that's just full of excellent paper products. Just to the East, on Broadway and 19th, you'll find ABC Home, which is, of course, to die for.