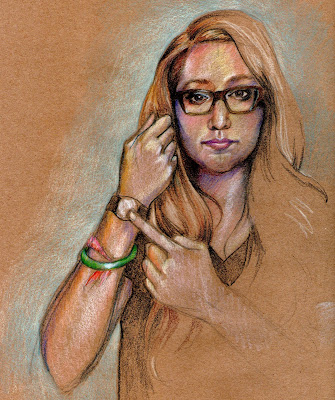 If you want to know what could possibly make someone fall in love with such a boiling hot, freezing cold, crowded, lonely, cheap, expensive, crude, sophisticated, career building, soul crushing city, you'll never find the real thing on a saturday night. No, that electricity everyone talks about that makes you feel alive exists in the dull hum of the city on a tuesday night around 9pm, sitting on a bench in Washington Square Park eating falafel. Or it's listening to a musician play George Harrison's "There's Something In the Way She Moves," on a wednesday night while you sit on the fountain in Father Demo Square. Or maybe it's a Thursday night, and you're walking along 59th street from Columbus Circle to 5th avenue so you can get your train, couples walking briskly together along the park. Or maybe it's just any old week night, and you're sitting at the quiet waterfront of Long Island City, staring at the skyline as cars whiz past on the FDR. You can never love the city when you're in the middle of rush hour traffic.

I rarely wax poetic or even romantic about the city, but after nearly six years, I think I may be allowed a little unnecessary lyricism. And, now that we've gotten that out of the way, I can give you some information you may actually want. So, below you'll find five things New York tourists should know about timing.

1. Rush Hour:
As a tourist, there's absolutely no reason you should be out and about before 9:30 AM, unless you're safely inside a restaurant eating breakfast. New Yorkers are serious business on their way to work, and this is no time to be moseying or getting lost. You'll just end up jostled and stressed. Additionally, nothing's open before 9:30 or 10:00 AM anyway, so do yourself a favor and stay inside. You're on vacation. There's no need to participate in the morning rush.
The same goes for New York between the hours of, say, 5:30 and 7:00 pm. People want to get home or to the gym or to dinner, and nothing (or no one) can stand in their way. The evening rush is a few degrees less terrifying than the morning one, but if you want to be safe, you should just ensure that you're safely inside a museum or restaurant or some sort of entertainment during this time. This way you'll be sure not to be knocked over by a crazed worker who just wants a dang shower and an evening on his or her sofa.

2. Cab Shifts:
It just so happens that every time I've not been able to get a cab to stop for me, it's been raining. So, of course, I attributed my failure to the weather. It was not until this past weekend, however, that a cab driver explained to me my problem. It's not the rain, it's that I'm trying to hail a cab during shift change. According to this chatty cabbie, all New York City cabs change shifts at 5AM and 5PM. While I have rarely tried to hail a cab between 4 and 5AM, I have routinely tried to hail one between 4 and 5 pm. This, he says, is no use. The moment the clock strikes five, the cab belongs to another worker, and if a driver is late in returning his car, he has to pay a fine to the driver with whom he shares the cab. Thus, between 4 and 5, cab drivers rarely pick up new fares so they are sure to get gas and return their car with plenty of time. The moral of this story? If it's between 4 and 5, walk or take the subway. It'll just be faster.

3. Meals:
As a tourist in New York, you  may have some certain places you'd like to eat. When it comes to meals, reservations, and getting a table, it's all about timing. And for a tourist, earlier is usually better.  On a week day you'll either want to spend the time up until 9:30 AM having breakfast at your hotel, or you'll (obviously) need to get a bagel. Should you choose to dine outside of your hotel and before 9:30, my suggestion is, if you don't want to get pushed around or hurried through a line, you should go somewhere away from a business center like the financial district, the garment center, or anything remotely close to Grand Central Station or Penn Station. You can get a great bagel in a quiet place that's not full of regulars who just want to get to work.
On the weekend, if you're having brunch, which you absolutely must because that's what we all do on the weekend in New York, earlier is better. Aside from Cafe Bar here in Astoria, my favorite brunch spot is Schiller's. While you can most often just walk in, it's better to be safe than sorry. It's important to note that, though the name "brunch" might suggest that this meal would be eaten between breakfast and lunch times, brunch o'clock here in new york is most often 1PM or later. Thus, if you want to be sure to have great service and not be rushed through brunch, 11 or 11:30 AM is really prime.
For lunch, all I can say is that grabbing a sandwich can prove more stressful than you might think if you're in the wrong part of town. If you're anywhere at all between 50th and, say, 27th street, you may end up ordering something you don't want just to get it over with. My suggestion here is either to go to a sit down restaurant or to find a deli outside of the most hustly-bustly part of the city.
Dinner o'clock in New York seems to be 8pm. So, if you want reservations, you'll be most likely to get them between 6 and 7. That's all I can say there.

4. Shopping:
The best time to shop, especially in a shopping-specific neighborhood or department store is undoubtedly on a week day. You'll get your best, most peaceful shopping done between the time the store opens and around 11:30 AM. Between 12 and 2PM, you'll have your lunchtime shoppers, and then from around 2:30 to 4:30, you can get some more good shopping in. Once work lets out, though, you'll be surrounded by frazzled women just trying to pick up some more foundation before work tomorrow, men who forgot to buy a birthday gift, and young ladies who are just trying to waist some time before going back to their cramped apartment and their loud roommate.

5. Entertainment:
The thing about New York is that the person with an apartment large enough to have guests over with any kind of regularity is a rarity. Thus, any time anyone wants to get together, the group must congregate somewhere outside of their home that offers a place and a reason to linger and spend time together. While most often this kind of place is a bar and/or restaurant, there are clearly other things to be done in The City. And that's how we come to entertainment. As a spinster and a resident of New York, I actually don't go out and see a bunch of Broadway or even Off Broadway shows, though I do love them. I'll usually hit a few shows in the Fringe Festival, accompanying my friend Alexandra, but otherwise I'm a movie theater kind of Spinster. No matter the show you'd like to see, though, the best time to avoid crowds and the highest prices is to go to a daytime show. I, for one, get a real thrill out of going to a movie theater around 3rd avenue and 83rd street that only charges around $7 for a movie if you go before 12pm. And, since I've already been awake for at least 4 hours by that time on any given saturday, this works out great for me.
The same timing principle, though, can apply to any show you see. The earlier in the day your ticket is, the more likely you are to escape crowds, waiting in obscenely long line, and high prices. But of course, the absolute best time to be in a theater would be during rush hour.