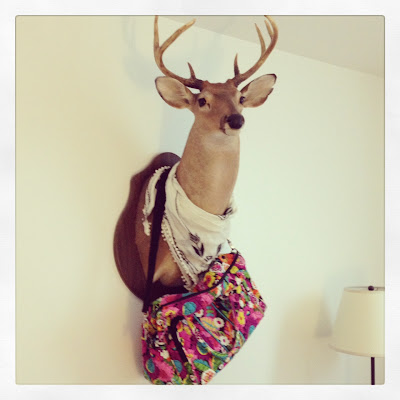 In my efforts not to think about the move, I spinstered all out yesterday. First, Hastings and I had a photo shoot wherein he modeled his readiness for his new adventure. He decided he would go with an American Eagle embroidered square scarf and his Vera Bradley crossbody bag. Both solid choices, in my opinion.

Next I saw Closed Circuit, and I felt like I should have read up on the English judicial system beforehand, because I'm not entirely sure what happened there. However, Eric Bana was looking lovely as usual.

Next, I ate a random lunch of half a can of black beans. It was what I wanted, and I'm really good at adding salt, pepper, garlic, and Tapatio to things to make them delicious.

My friend Shira met me for manicures on Steinway in Astoria in a salon where they are always watching Keeping Up with the Kardashians. The episode we saw today involved Kris Jenner and her brand new wig. 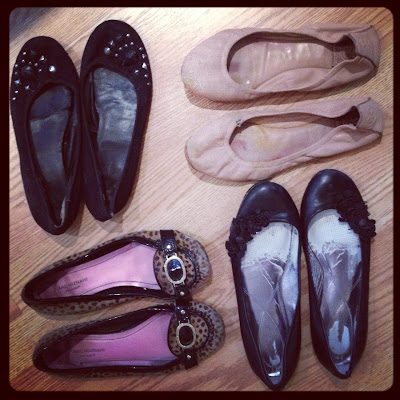 Next Shira helped me go through some drawers in my dresser, a task I would not have performed had I not had company. I managed to get rid of quite a few pairs of holey socks and awful underwear. It always amazes me how inefficient the underwear-buying process can be. You never know what you've got until you get home and wear them, and then it's too late.

One of the things I've been meaning to do for years is get rid of some of my pulverized flats. I think that in the time I've lived in New York, I've absolutely destroyed no less than ten pair of ballet flats. Here are the four I found and disposed of today. The two pair on the left were the absolute most expensive, and they were the least durable. However, the top right hand side (Tory Burch) were the most comfortable, for what it's worth. I wish I still had all the shoes I've murdered over the years, but I suppose there's no need for a spinster to keep that many shoes whose soles have been re-glued more than twice.

Lastly, I went to yet another one of Kelly's magnificent gatherings. As usual, the attendees were wonderfully fascinating, and the food was scrumptious. On the way, though, I had to wait an eternity for the subway, and I felt sweat trickling down my back and temples. On the bright side, though, there was a man playing a mean sax in the Union Square Subway station. (see below)