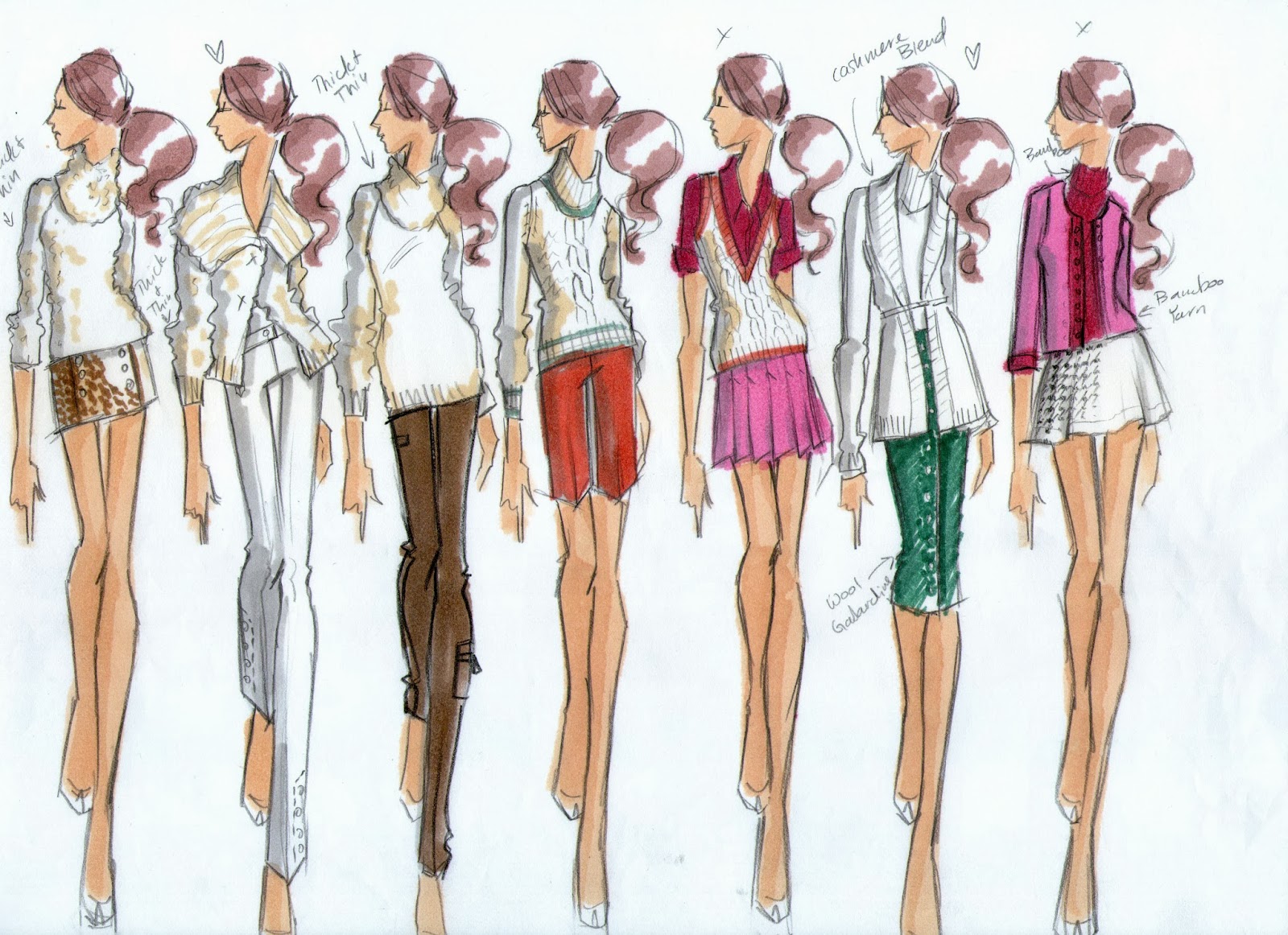 Now we get to the actual drawing! I know, you thought it would never come. However, it is indeed here.

Though thumbnails aren't absolutely necessary for a successful and finished-looking fashion project, they are helpful in showing your potential employer your thought process when it comes to design. In fact, the word "process" is the buzzword you'll want to use when discussing this segment of your portfolio. 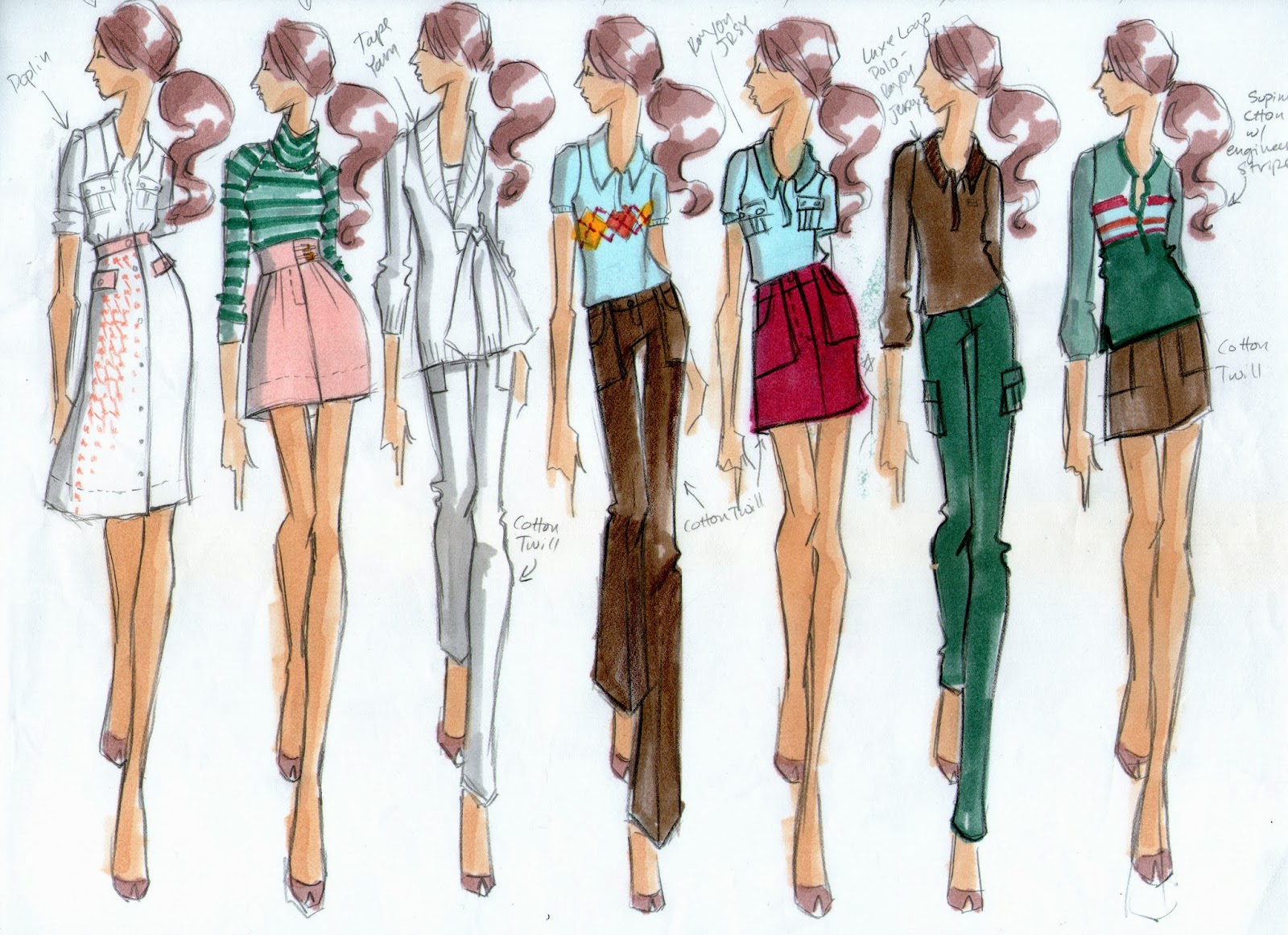 You can present your thumbnail sketches in a few ways. Some interviewers like to see them in a separate sketch book done side by side with your inspiration images and tear sheets. This shows how your'e able to interpret a trend from runway or street style into numerous marketable options. The downfall to this, though, is that it doesn't show your drawings as a "collection" but rather a bunch of ideas that will later be put together into a collection.

Your second option, and the option I've demonstrated in this project, is to have page after page of complete looks on girls all in a row. I feel like this is sometimes better as it shows a progressive design movement in much the same way as a runway show would. The best way to execute this method is to have one figure that you use over and over as a template over which to draw your girl and your designs. 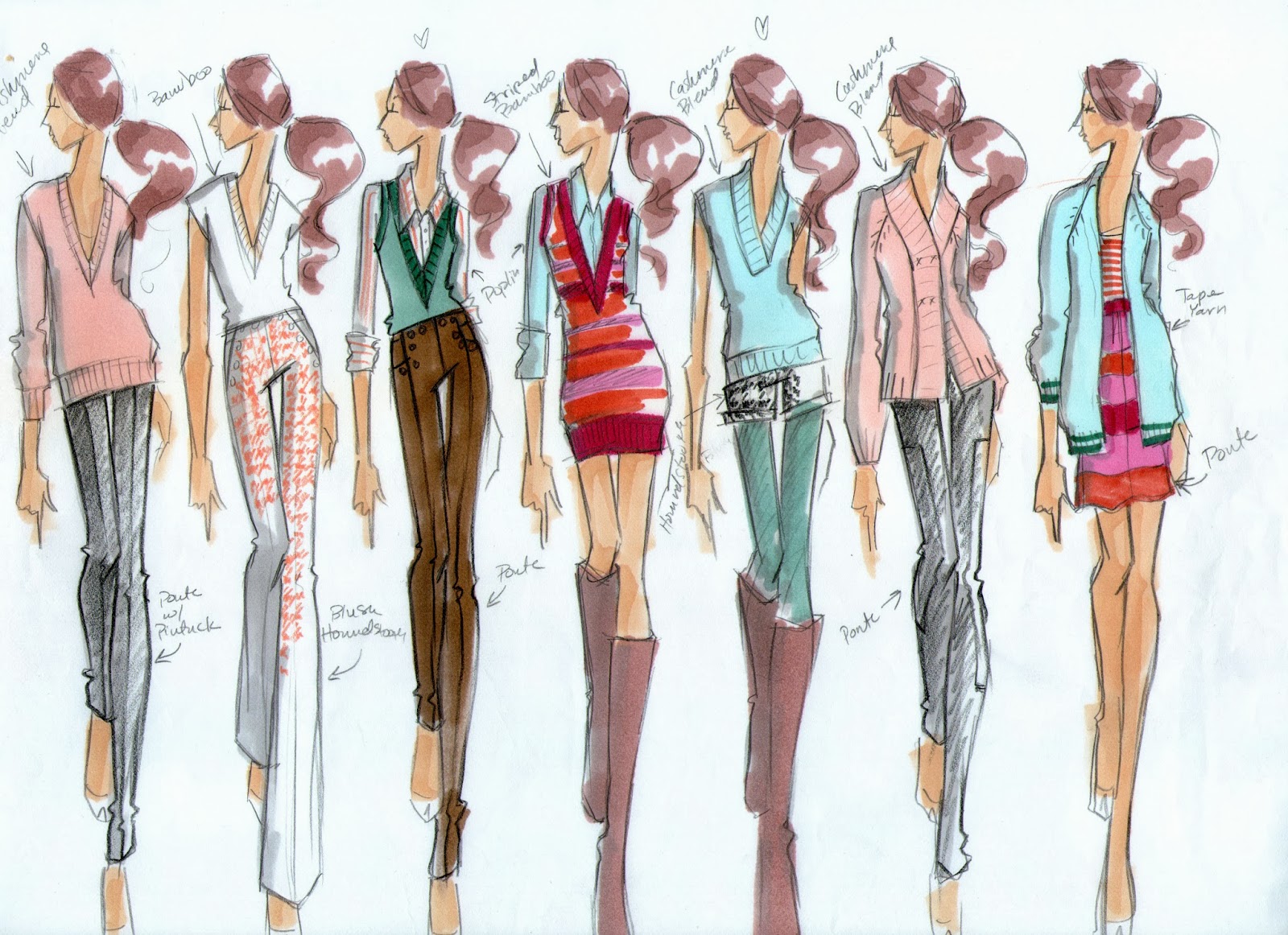 As you'll see in this post, I really did overkill on the thumbnails of this project. Three to four pages is plenty. The idea here is to develop your ideas into some looks you like, and color them up to show the options to your interviewer. After you've made your three to four pages of thumbnails (maximum of five pages, I think), go back in and make notes about what they are and what they're made of. After that, go through and choose five to seven looks you really like and mark stars beside them. Any looks you really don't particularly like, just put an x by those. That will show that you can edit yourself. 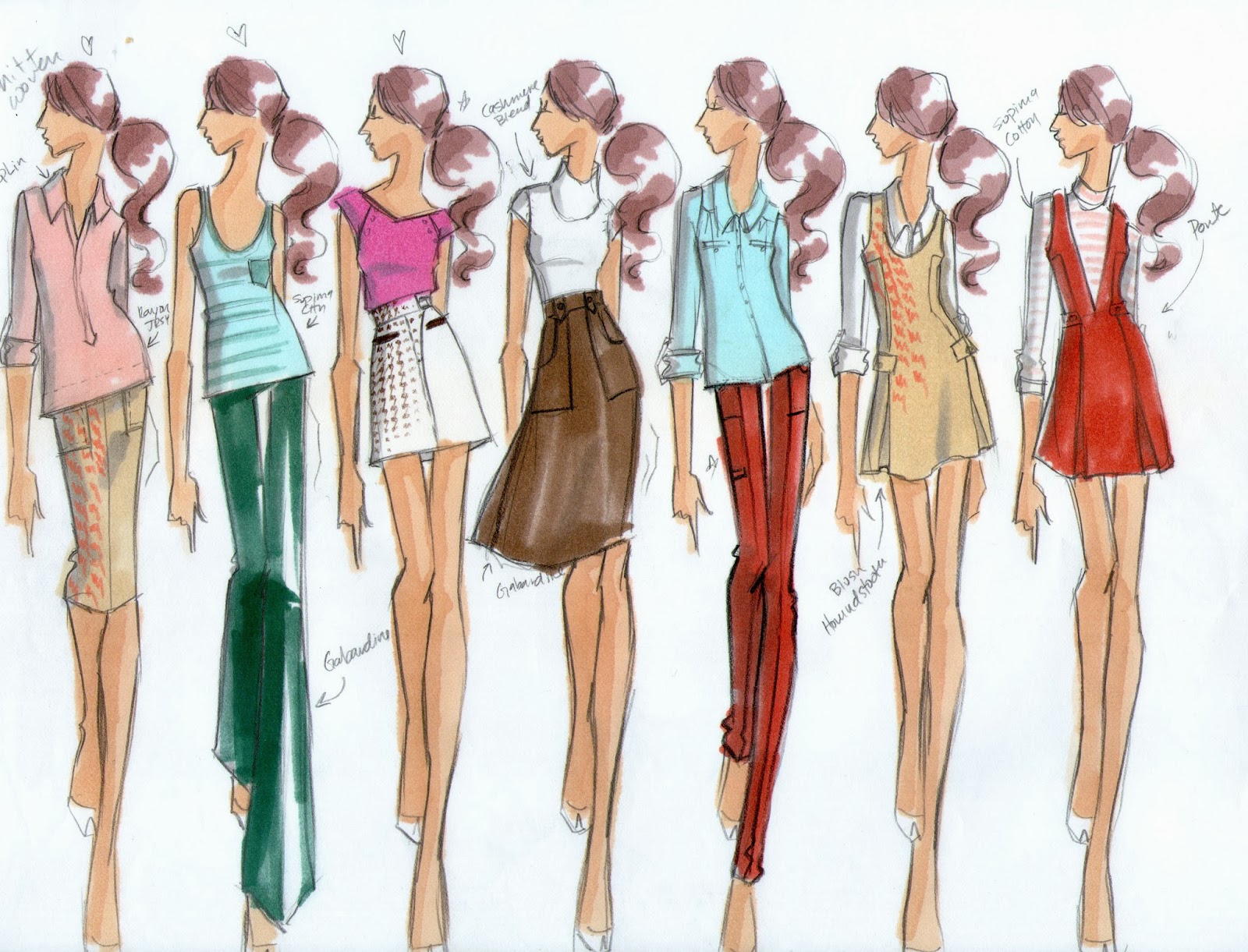 I chose to add the thumbnail sketches into my actual portfolio in the pages between the trims and the actual fully rendered drawings. However, as I stated before, having them in a separate sketchbook is also acceptable. It just depends on whether or not you want to have to deal with two books.

A note regarding the execution of the thumbnails: As you can see here, I've colored the skin, hair, and all the clothing on these girls. This isn't really necessary. Some people don't even color the clothing and opt instead to just hit the shadows with a light grey marker from the back or even just shading a little with their pencil. It all just depends on what you like.

And now for the rest of the Thumbnails: 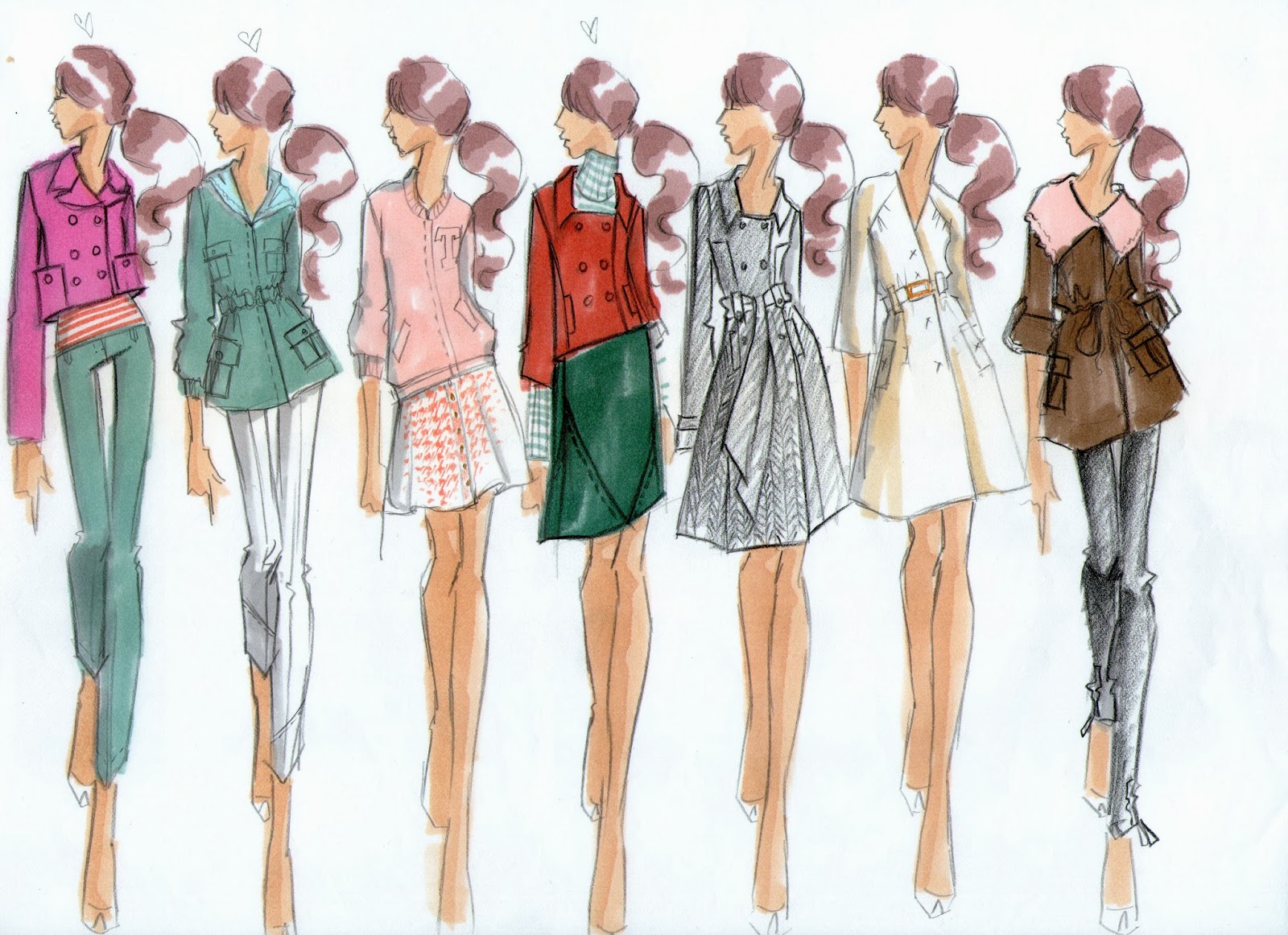 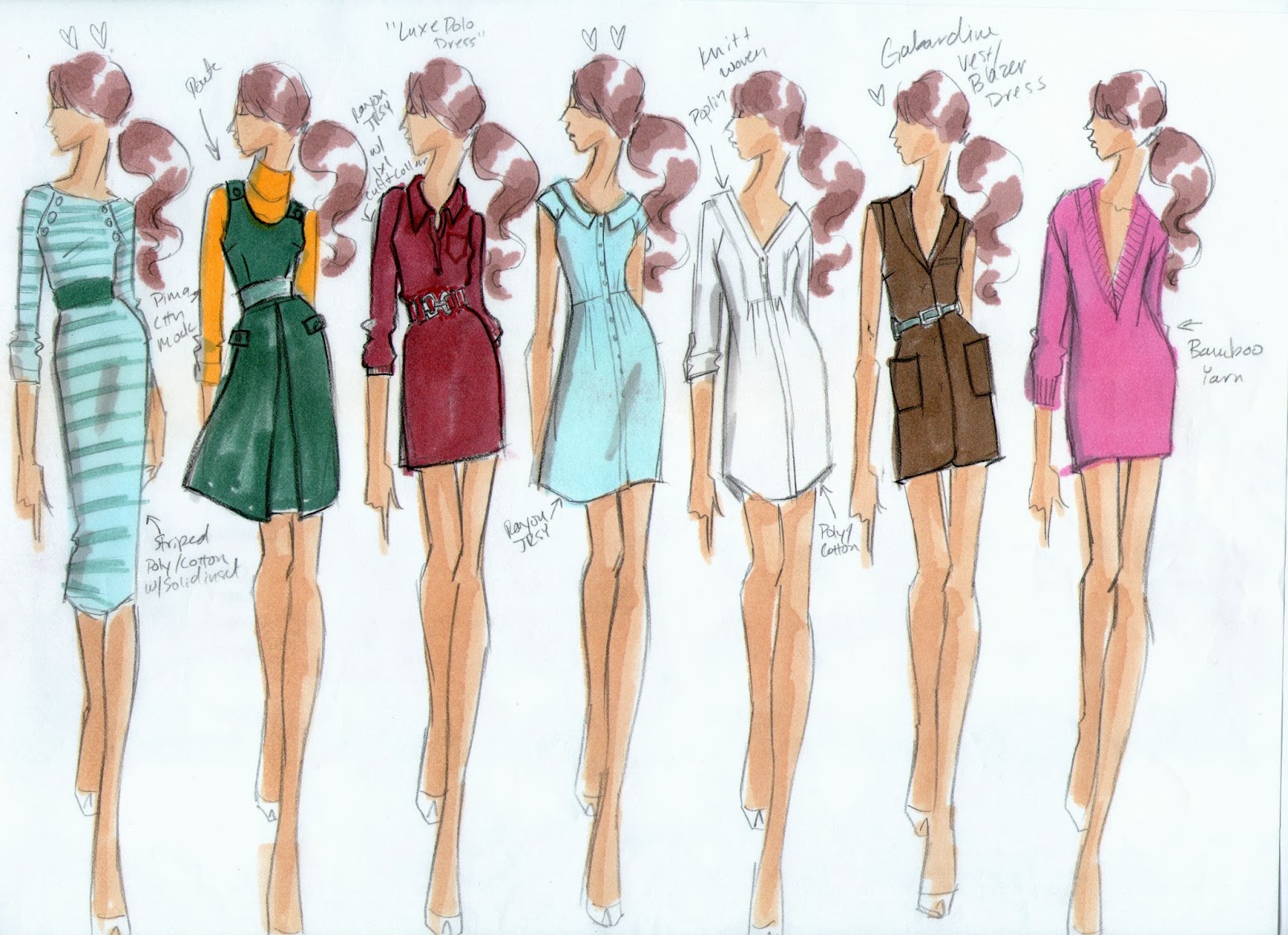 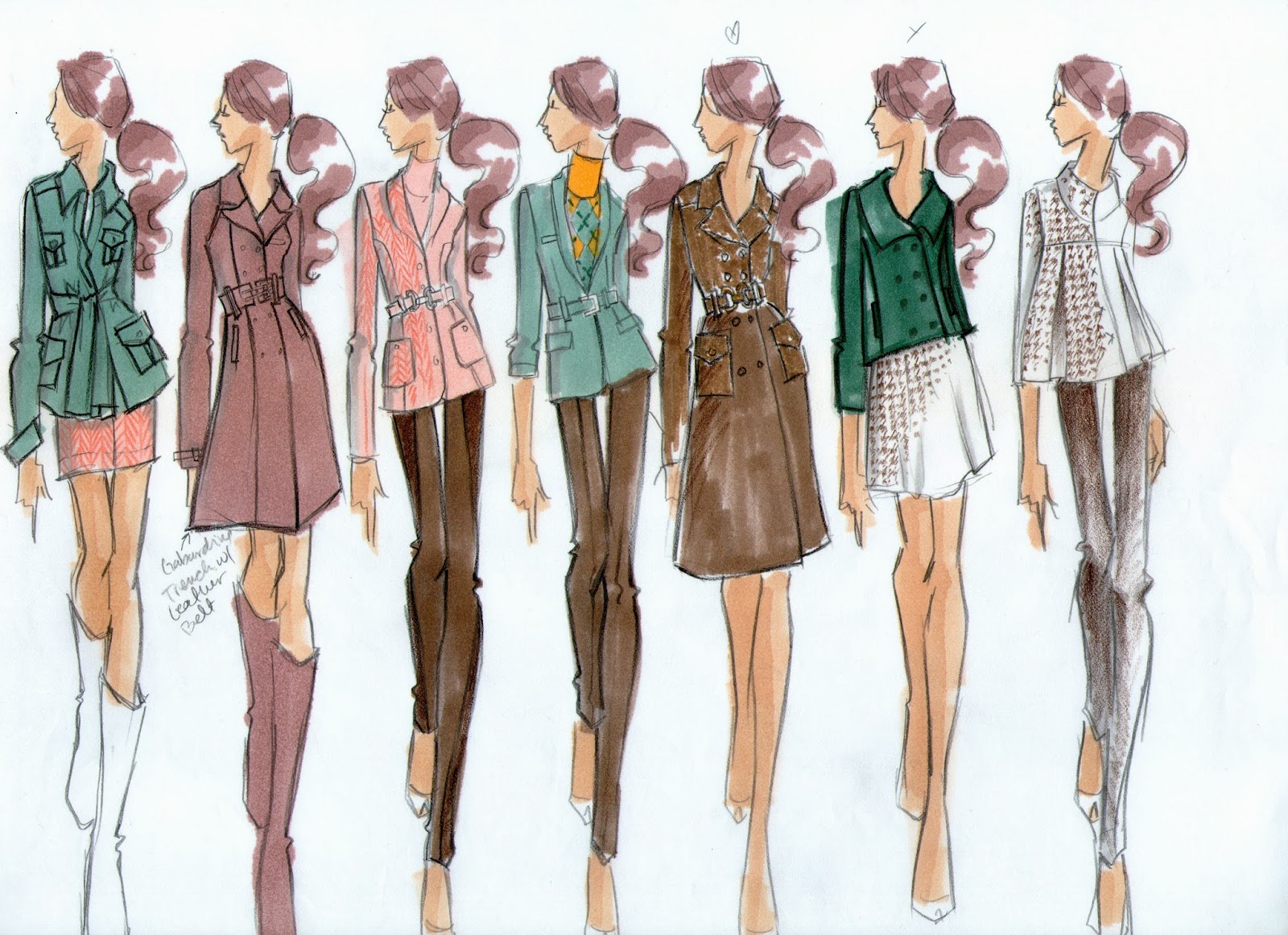