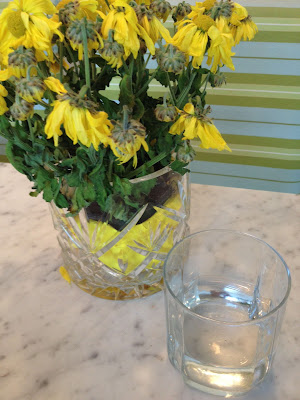 As a spinster and a busy professional (and, ok, yes, a hermit), I've spent plenty of time trying to make online dating work. Let's be honest, though, it's a total farce. Because of my recent move, I changed my zip code to see what kinds of guys are on the hunt in my new vicinity. The only thing this has shown me so far, though, is that the guys of OK Cupid and the like are the same wherever you go.

1. LOL
In case you're ancient, "LOL" is internet textspeak (re: shorthand) for "laugh[ing] out loud." I am pretty careful with this abbreviation and try to use it as sparingly as possible because, most of the time, I am not, in fact, laughing out loud. The guys of online dating, however, are not so careful. Some fellows write it after decidedly unfunny comments in their profiles such as "I'm a pretty laid back kind of guy," or "I love football." Others just see this as a sort of divider between sentences in a message they send you. Examples might include "I just read your profile. LOL. You seem pretty cool. LOL," or "Your pics are great. LOL. I thought I'd send you a message. LOL." When I read a message like this, all I can think is "are you really laughing out loud?" and "that sentence was neither funny nor was it a joke...unless you actually don't want me to reply to your message..."

2. Laid Back
I'd say that at least 75% of guys describe themselves as "laid back" in their profiles. While 75% of guys may, in fact, be laid back, this really doesn't tell me much about what they're really like. It just makes me imagine them in a recliner watching sports.

3. Jack of all trades, master of none
I'd say this exact phrase can be found in at least 50% of men's profiles. I'd just like to say here and now, men, that this is not necessarily a positive statement to make about yourself. If you add an "LOL," after it, you're doomed. If you have a job at all, I hope you're at least a master of that trade.

4. Emoticons (insert here)
I know that there are lots of people who will disagree with me on this, but I find emoticons to be the indication of a lack of proper descriptive and expressive vocabulary. While I don't expect or desire formal dissertations when we communicate, I'd also prefer not to spend 15 minutes trying to figure out whether "XD" has something to do with hi-def TV or if your eyes actually form the shape of an 'x.'

5. I could never live without water.
In your OK Cupid profile, there's a section that says "Six things you could never live with out." You'd be surprised how many guys write "food," and "water." Seriously? That tells me absolutely NOTHING about you. At least write that you couldn't live without your ferret or Borat or Woody Allen movies or Beer or women's mud wrestling. At least that way I'd know we aren't a match.


Though I've tried very hard to make my profile reflective of my actual personality, I'm sure plenty of guys have read it and been like "uh...yeah...this really doesn't tell me anything." Annnnd...that's why I love Netflix. It's always the perfect date.