Daniel Silverstein was my Draping Tutor 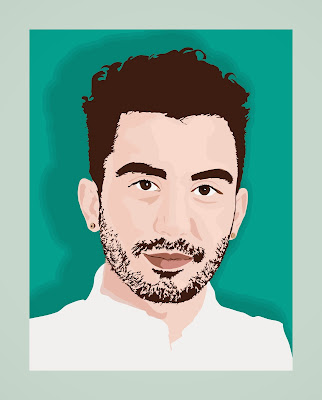 During my first semester of design school at FIT, it would be an understatement to say I was struggling. I was struggling in every class except maybe fashion art. I was even struggling in my Photoshop/Illustrator class. Legendary designer Wallace Sloves, known for his wedding designs for Joy Time, was my draping professor, and I was bad. I was really bad at draping.

My suitemate, Kaleigh, had a friend named Daniel who was willing to be my tutor. When I say he was my tutor, though, I think it would be more accurate to say that he was a very, very patient friend who, in the end, sometimes had to sew more than a few stitches for me.

After that semester, Daniel left to study in Italy, and I entered the Art Specialization program (re: never took draping again). So, I haven't seen him, really, since then..except maybe once I think I saw talked to him briefly on 27th street a year or so later.

In any case, imagine my surprise when I saw he'd been on NBC's Fashion Star! Even better, check out his cocktail dress on Saks' website. So, I'm pretty proud that my ineptitude at draping led me to meet someone so cool, and I had to share.