Some Thoughts on Atlanta Traffic 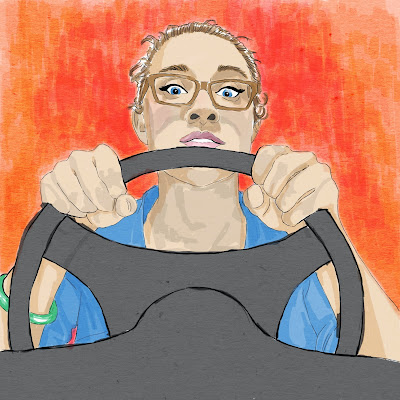 Moving from New York, everyone warned me about how terrible the traffic in Atlanta is. People warned me about the commute and rush hour. They warned me about driving on the Perimeter. They warned me that, statistically, Atlanta is one of the worst places to drive in the United States. Needless to say, I have approached driving here with a due amount of trepidation. And I must say, driving has not been as bad as I had imagined. However, the things that have made traffic a little rough are different than I would have thought.

For one thing, drivers in Atlanta rarely see fit to use their blinkers. Whether they're actually turning left at an intersection or changing lanes on 85, they just expect their fellow motorists to read their minds. This leave me in continual fear that changing lanes may lead to an early-mornign collision, even though I'm warning everyone of my actions with my blinker.

Even with the absence of blinkers, though, the morning commute is never really a problem. Sure, it's slow going, but that doesn't really scare me. What's really scary is traveling the highways of Atlanta when traffic is actually moving at full speed. Add to this the erratic movements of others and the seemingly sudden endings of lanes, and I'm a nervous wreck. So, really, I prefer to do most of my driving in rush hour, at a whopping five miles per hour.

Aside from my nervousness, though, driving conditions are causing another reaction in my vehicle. I find myself making moral judgements about my fellow motorists based on their driving behaviors. A person who, during the commute they make every day, stays in the lane they know will end until it actually does, forcing others to let them in at the las, inconvenient moment, is clearly an entitled child who thinks everyone will just accommodate them and their selfish behavior. Those who nose their way into your lane when there isn't a space for them are the same way. People who clog up the turn-only lane by going straight when there's a turn-only arrow are thinking of no one but themselves.

I could go on, but I'm sure the people to whom I'm ascribing these evil personalities are actually nice people who just are paying less attention than they should be. And, the truth is, as crazy as Atlanta traffic is, I'm still extremely happy to have a car when I go to the grocery store and to no longer feel like I live in the airport. I do, however, miss my subway reading time. I need to figure out how to get that back.
Labels: atlanta commute commuting drawing driving Illustration Photoshop traffic