The Weekend in Entertainment Review 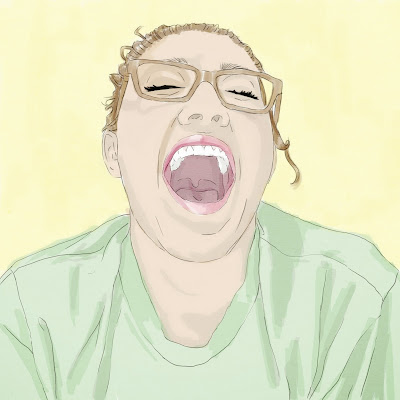 Now, I know it's Thursday, and we're almost ready for another wonderful weekend. However, I feel I need to take a moment for reviewing all the entertainment I consumed last weekend in order to advise you if you are considering any of the same things for your own weekend. So, below you'll find some meditations on the movies and tv shows I saw in a weekend more full of entertainment than usual.

1. Penguins in Imax
On Friday night, my friend Megan and I attended a Halloween party at Fernbank Museum of Natural History whose cover charge included the screening of an Imax movie. We chose to see Penguins, and we were not disappointed. The movie was about King Penguins, but the Elephant Seals really stole the show. Should I find myself with some free googling time this weekend, I fully plan on watching more videos of Elephant Seals. They're so gross and hilarious and, of course, fat. The bottom line: Recommended.

2. The Counselor
With its all star cast and action-filled previews, I had been looking forward to seeing The Counselor. With a star-studded cast boasting names like Cameron Diaz, Penelope Cruz, Brad Pitt, and Javier Bardem, just to name a few, how could it be bad? Well, apparently it could be. Maybe I was just not focusing properly, but I was unsure of what was going on for more than half the movie. Furthermore, the characters would give these monologues that were supposed to tell you something about them and their world views - and they did - but I failed to see how this really was necessary when they could have showed us instead of telling us. However, Cameron Diaz looked like a fantastic cheetah in this movie. Hair, Makeup, wardrobe - everything except her gold tooth (yeah, she has a gold tooth...) was excellent. However, the bottom line is: Not Recommended.

3. Weeds
Recently, I started re-watching Weeds, not realizing I had seen all but the final season. While I think most of the characters - excluding Sylas and Shane - are really silly and somewhat annoying, drug lords are always fascinating. This weekend, though, I finally watched the last season, and I just have to say: fail. After all the crazy antics, bad decisions, and serious problems in this show, the last season really did not impress. In case you haven't seen it, I will not go further, but I just...I was disappointed. The bottom line: If you've gotten far enough to see the last season, you might as well watch it. Jut know it'll be a disappointment. However, if you haven't watched Weeds, I have to say Breaking Bad is a way, way better drug-related TV Show, and I recommend that over Weeds.

4. Edward Norton on SNL
On a regular day, I really don't think much about Edward Norton. After this past weekend's episode of SNL, though, I think it's safe to say we're dating. In my mind. Edward Norton was actually Hilarious. Especially the Possum sketch. I don't know why, but that really tickled my funny bone. And who knew Edward Norton was funny? The bottom line: Recommended.

5. The 5th Estate:
I know everyone loves Benedict Cumberbatch, but his face kind of freaks me out. It had to be said. Now that that's been said, though, the movie was pretty good. It follows the format we're seeing with most of the tech-related movies, though, in that you've got a couple of guys working together, they have a disagreement, and then it's the story as told by the guy who got pushed out. I'm sorry if that ruined the movie for you, but then again, it is based on real life events, and you may have already known that. Bottom Line: Recommended, if you like current events/tech movies.

6. America's Funniest Home Videos:
Of course this show is not new. In fact, it's quite old. However, it has become part of my Sunday night ritual to fold laundry while watching America's Funniest Home Videos, or AFV as it likes to call itself now. I mean, I don't think I have to tell you this show is hilarious. I'm pretty sure you've seen it. There's just something about the fact that this stuff really happened and someone caught it on video that makes it eternally hilarious. Not every single video is hilarious, though. There are those ones where you can tell they were staged, and no one likes those. Well, except the ones where someone gets tricked or scared. But the best, of course, are the ones where someone falls down. Falling into water is always excellent. Falling at weddings, also good. But again, I'm sure I don't need to tell you this. The bottom line: Highly Recommended. I don't care how silly it is or how much of a senior citizen it makes me. This show is still good.
Labels: afv america's funniest home videos benedict cumber batch drawing edward norton Illustration laugh laughing Movies penguins Photoshop snl television The 5th Estate The Counselor TV weeds Weekend