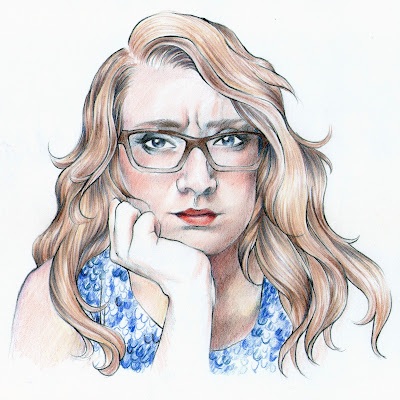 As an uncoupled nondrinker, New Year's Eve has never really been my holiday of choice. Don't get me wrong. I like a fancy dress and a pretty party as much as the next girl, but just before the stroke of midnight, I am filled with dread because not only is pretty much everyone drunk, but since I am uncoupled, one of those drunk people might try to kiss me. And, let's be real, I might try to punch them.

One of the most magical things that happens when people find themselves in a couple or even married is that they often forget what it was like to be single. So, in case any of you out there are suffering from this mystical amnesia, have no fear! I'm here to help. Below is a list of topics you might want to skip while talking to your single friend this New Years Eve (and potentially all year round.)

1. "We're Trying."
Ok, I know that people say having a baby is the greatest thing that ever happened to them. In fact, my sister's having my niece was pretty wonderful. I'm so glad she's around, and not just because she makes it so I'm not the only single lady at our holiday gatherings now. However, I just like to imagine that the stork brought my niece. No matter how attractive you and your partner are, no matter how much your single friend loves you both, no one on the outside of your relationship wants to imagine you "trying." We're not in your relationship, so…ok? Ok.

2. "Newlyweds"
No, I am not talking about that horrifying Jessica Simpson/Nick Lachey nightmare. I'm talking about when people refer to newlyweds and why they may need (or, more likely, want) to go home early. Again, I know newlyweds find each other immensely attractive, but no one else is in their relationship. Older people are actually the worst about bringing this up. It's like they somehow want us to imagine what the newlyweds are doing. We spinsters would rather not imagine. In fact, don't even mention their bed or even their bedroom for that matter. Just to be safe. Call me a prude if you want, ten out of ten other spinsters agree that they, too, hate accidentally imagining other people's…activities.

3. "You're single because…"
I was actually privy to this comment on Christmas day 2013 as one of my uncles saw fit to intimate that I am single because I don't take pride in my appearance and have no friends. While neither of those comments are actually true and, in fact, many people find educated, hard-working, natural-haired size sixes attractive, it was still highly offensive. Avoid giving insights or advice on this subject at all costs. Just because you're in a relationship does not mean that you know everything about meeting people and being in relationships. Furthermore, no matter how much you may think you are, you are not, in fact, your single friend. Even if your friend asks for advice, know that all she wants to hear is that she is wonderful, and all the men (or women) who aren't dating her (especially Ryan Gosling) are really missing out. Anything else will be an insult. Trust me.

4. "Have you tried online dating?"
No, this is not a sub-set of number three, though it easily could have been. Firstly, I have tried online dating, and as we've discussed before, it's a total farce. You'd think that a website would help you weed through all the guys who don't fit your criteria so that you can meet someone who's a perfect fit, but somehow it doesn't really work that way.
Also, when your friend says they have tried online dating, don't go straight to "have you tried match," or "have you tried eHarmony," or "have you tried Christian Mingle?" I've tried OK Cupid, Match, Eharmony, and Christian Mingle, and they've all resulted in plenty of lukewarm-to-terrible meetings. Most of the time they're fairly pleasant, but I don't want to hold hands with them. So while this may work for some people, the sampling of my friends who have also tried online dating have found that it is statistically improbable that we will find our matches on online dating sites. That being said, I do know two couples who did meet and stay together from online dating sites (one from Eharmony and one from OK Cupid), but they seem to be the exception, not the rule.

5. "Do you feel weird being here alone?"
Your friend may or may not feel weird being at a New Year's Eve party alone, but you're only going to make it weirder by  asking. So…steer clear of this one. If she's lucky, your single friend has great friends like you who treat her like she's a normal person with interesting things to talk about and excellent dance moves….oh, and great natural hair and cute glasses.

So, now that you're armed with all the topic not to discuss with your single friend, remember, she's just as cool as she was when you guys became friends before you were in your couple. Also, you'll find below a list of ten topics that are completely acceptable (unless they have some random ex-boyfriend affiliation for her.)

1. Unicorns
2. The Goldbergs (It's a TV Show, and I love it.)
3. Her (or your) latest music purchase, which I'm guessing is Beyonce's surprise album
4. The latest book (or other publication) you or she read.
5. The last movie you or she saw
6. The best christmas/holiday gift you or she ever got.
7. Shoes.
8. If either of you is working on a side project ("trying" and/or being a newlywed does not count)
9. Art or office supplies
10. The last thing they binge-watched on Netflix or Hulu Plus
Bonus round: Frozen Pizzas, Takeout, cookies, and ice cream.