The Spinster and the Terrible, Horrible, No Good, Very Bad Day. 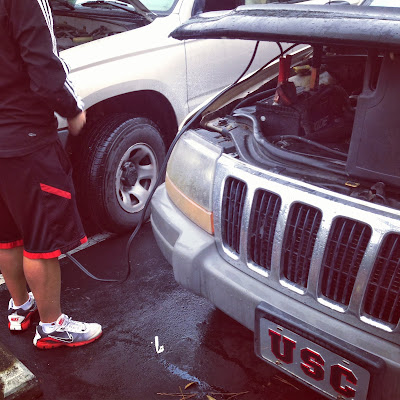 This of you familiar with Judith Viorst's Alexander and the Terrible, Horrible, No Good, Very Bad Day may expect today's post to have something to do with shoe shopping and lima beans. However, I like both shoe shopping and lima beans, so a day full of both of those things would be excellent. I try not to make all of my posts like a personal diary, but yesterday was so hilariously bad, I just had to share.

On the first day back to work in then new year, I woke up at 7:40 AM, about an hour after I needed to be awake if I was going to have the leisurely morning I like to have. No matter, though, I had a leftover pork chop in the fridge, and that would keep me full at least until lunch time. So, I microwaved the pork chop and went back into the bedroom to watch the Today Show while I ate my breakfast. One bite in, I dropped the entire pork chop on my duvet cover, leaving a four-inch-wide grease spot right near where my face would be if I went back to sleep. This wouldn't do, but I needed to get moving if I was going to make it to work in time. 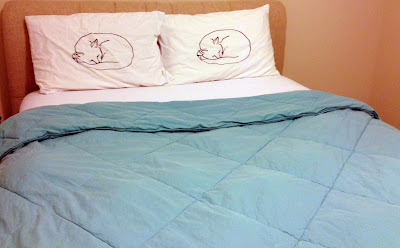 I dressed in a hurry and was less than pleased with my hair, makeup and outfit choice, but they would all have to do as I was running out of time. At the last minute, I changed into a pair of ballet flats because I thought they looked better with the outfit than my loafers. It was raining outside, but if I scurried to my car, my feet wouldn't get wet inside my shoes.

In my car, I turned the key, but my engine wouldn't start. I tried again and again, but nothing worked. Now it was 9AM, and no one was out in the parking lot anymore. I walked to the leasing office on the other side of the complex, but they didn't open until 10AM. Thankfully, though, there was one lonely person in the fitness center who had jumper cables and was willing to help. 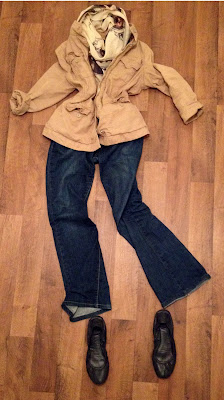 We tried to jump my car for almost an hour, and during that time, I somehow managed to get a gash on the palm of my hand I had to go back into my apartment to clean and dress. Finally, someone else came with different jumper cables and a different car to help us, and I am so thankful they did. The one who finally got my car to start was an older man who always walks his german shepherd in the parking lot. I'd always been sort of scared of him until now. He told me I needed to get a new battery.

I drove down to Kauffman tire, and they said it'd be two hours, so I contacted my boss, and I waited. The waiting room was full of a bunch of men who undoubtedly were having problems similar to or worse than my own, and while we waited, The Doctors played at top volume on the TV. I tried not to pay attention because The Doctors generally terrifies me, but when they started showing a simulated birth with larger-than-life anatomical models of the...pelvic region...I had to excuse myself to the restroom. When I emerged, they were pulling out the model of the placenta, and I almost threw up.

Next up was The View, which is the one show on television that bothers me more than when politicians talk over each other on the news. I just always wonder how anyone can stand to watch those women fight with each other and their guests. Who wants to watch that? Really? 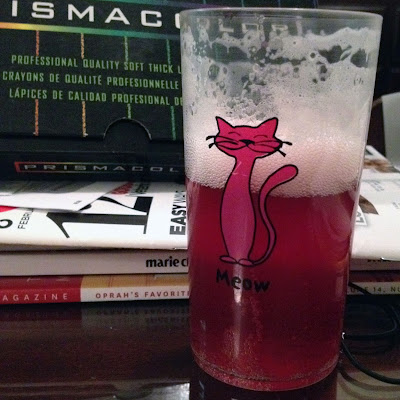 Sometime after the view, one of the employees came to tell me that nothing, in fact, was wrong with my car and that the battery had recharged itself.

Back at the office, everything was fine. My desk was clean because I had surprised myself by leaving it that way. The office still wasn't at full capacity, which is the way I like it, so that was nice. But then it was time for lunch.

Today was a gloomy, rainy day, so I didn't want to go outside. Eventually there will be dining options in our office building, but for now there's a temporary cafeteria on the second floor. however, when I got there, there were only side salads and a cup of tuna salad left. So, I got the tuna salad and a side salad that sat lonely among the empty baskets that once housed what I assumed were multiple food options. I can't complain about how they tasted, though.

Mid afternoon, I started feeling feverish, but I waited until 5pm to leave. This is when things started to take a turn for the better. 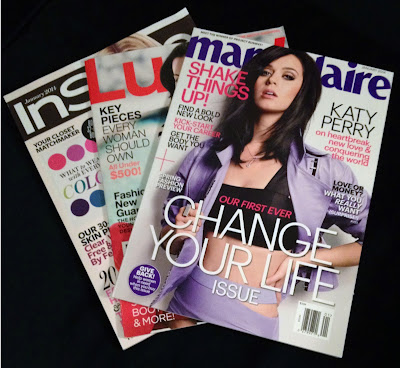 I dropped by Target to get some jumper cables on the way home, and much to my delight, there were snickers toy soldiers (surprisingly gluten free, according to my google search) 50% off! I got a great parking spot by my apartment, and just inside the door, I decided it was time to change de-pant and put on some sweat pants.

Throwing my duvet and sheets into the washing machine, I decided to use my new cat pillow cases my sister gave me for Christmas, and I put some clean white sheets on the bed as well. This, of course, was a momentous step in the right direction.

With the sheets and duvet in the washing machine, it was time for some sparkling crane-apple juice I had bought on New Year's Eve but fallen asleep to early to drink, leftover takeout, and the magazines I bought New Year's Eve but never read. A click of the new NeoTV my mom gave me for Christmas, and I was on the way to spinsterly bliss.
Labels: cars driving food Judith Viorst photos spinstagram spinstergram