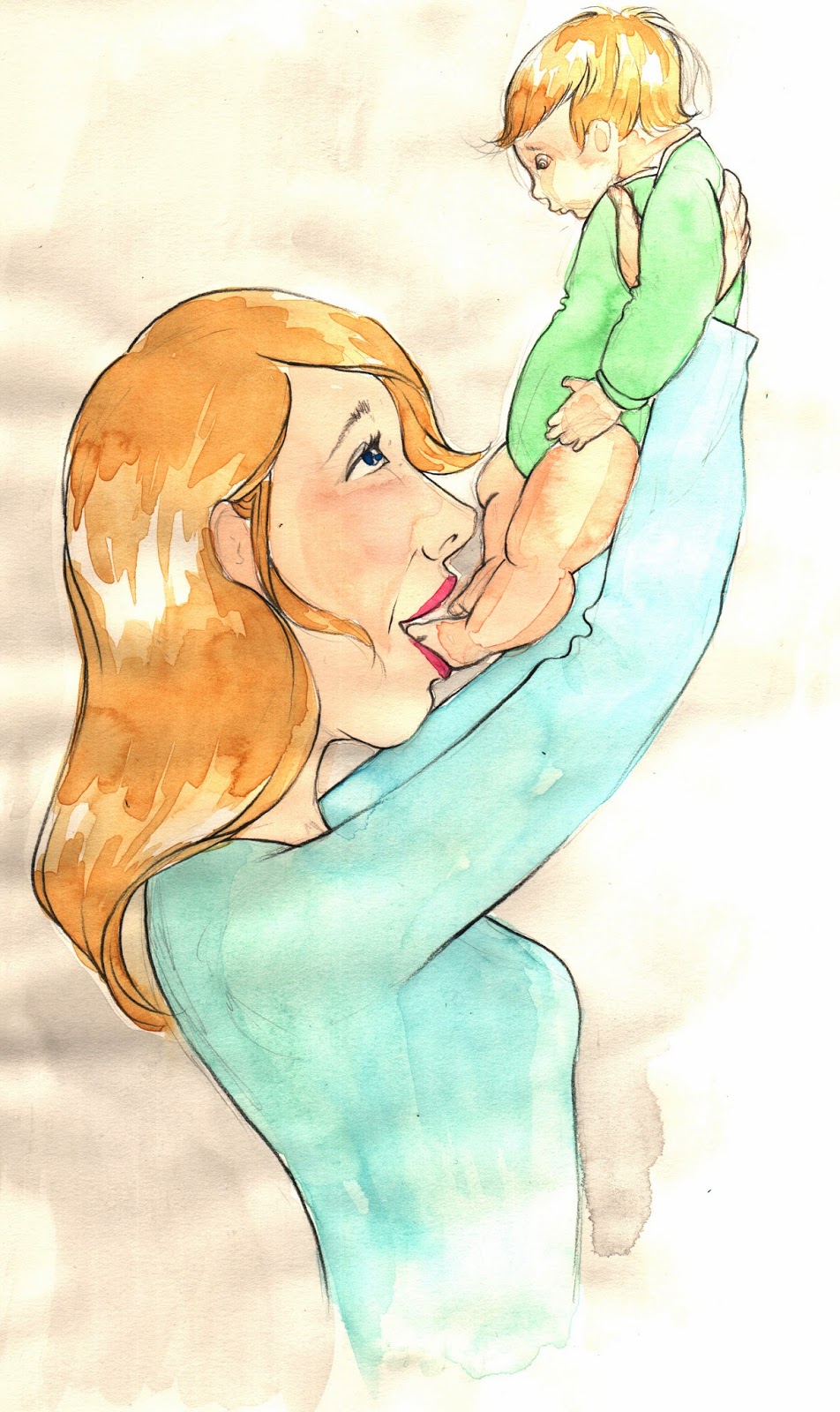 The other day, I was reading hilarious false news stories on The Onion, and I ran across a story about obesity being down 43% among babies. The most hilarious fake quote in this article was the woman who supposedly said "Ugh, now it’s going to feel like such a lie when I pretend I want to eat my baby.”

Later that day, a woman came into our office with her baby, and all the women on my aisle flocked to coo over its cuteness. I'm not even going to  lie, though. That baby was precious. He looked so sweet and clean and calm. I could have just taken a bite right out of his little cheeks.

On the way to lunch, I was talking to my desk neighbor about how delicious that baby looked, and she was clearly bewildered by my seemingly savage feelings toward a human child. Of course it wasn't that I was actually going to eat it.

Just as we were discussing my friend's lack of desire to gobble up children, we encountered a woman who must've been in her forties. She said she knew exactly what I meant. Then, she said that when he daughter was a baby, she once was pretending to nibble her little tiny toes and, looking at their plump cuteness, she just went ahead and stuck the whole foot in her mouth.

I hope you are now laughing as hard as I still am about this story. I can just imagine that woman looking at her child's foot and just thinking "i just must put this whole foot in my mouth or I will positively die from all this chubby cuteness."

However much you'd like to gobble an infant, though, I sincerely implore you to keep your cannibalistic tendencies at bay. After all, if you eat all the babies, we'll be extinct in less than a decade.
Labels: babies baby drawing Illustration watercolor work