This Creepy Drawing of Jim Parsons 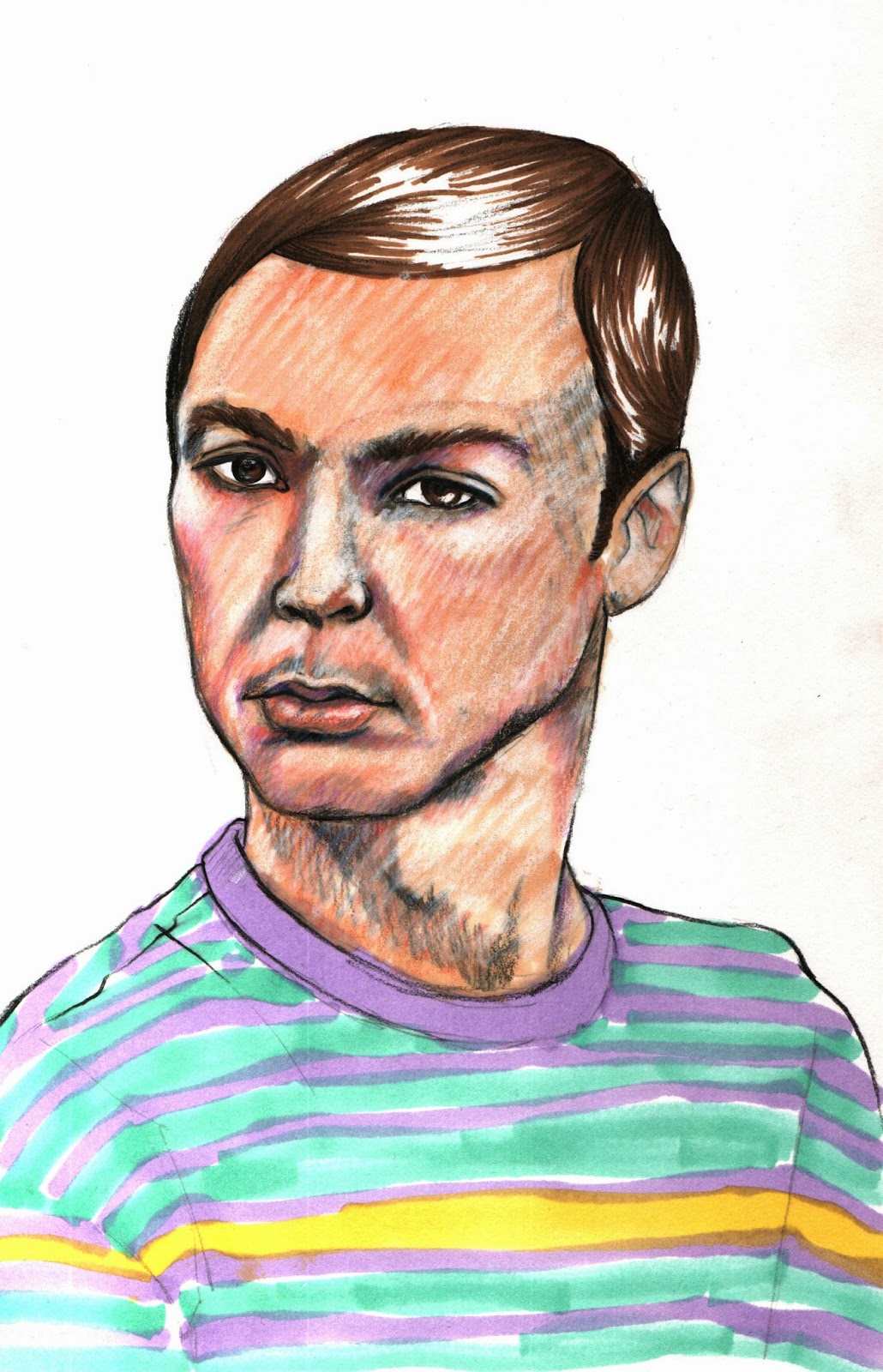 I'm not a huge fan of The Big Bang Theory, but I understand that a lot of people love it. Yesterday, I watched the Jim Parsons episode of Saturday Night Live while I enjoyed the ridiculously nice weather in Atlanta. I also made this hideous drawing of Parsons while apparently channelling Napoleon Dynamite's particular style of drawing. Don't be jealous. There's more where this came from. It looks like he has a really hairy neck. Every time I look at this drawing, I think I'm going to have nightmares.

But now let's talk about what's not going to make me have nightmares: Jim Parsons on SNL. I know I'm a week late on this, but I was pleasantly surprised. The cold open involved Jim Parsons as Olympic figure skater/comentator Johnny Weir in all his crazy ensembles. I laughed out loud. Then there was the Opening Monologue with Parsons and a Bill Cosby reference. Hilarious. There were lots more funny sketches, but I'll just mention one more that had me rolling: The Cowboy sketch. Parsons's character's ideas reminded me so much of the kinds of ideas I used to have when I was little. For example: My friend Elizabeth and I used to plan to make a clubhouse out of cardboard boxes that we could go to after school. Of course, we didn't know they would disintegrate if it rained, but that's another story for another time.

If you need a good giggle, I say start with the cold open and go from there. It's pretty hilarious. Also, try to look at something funny so you don't have nightmares about today's illustration.
Labels: big bang theory drawing Illustration jim parsons napoleon-dynamite portrait snl TV