What the What: Ferret Clothes 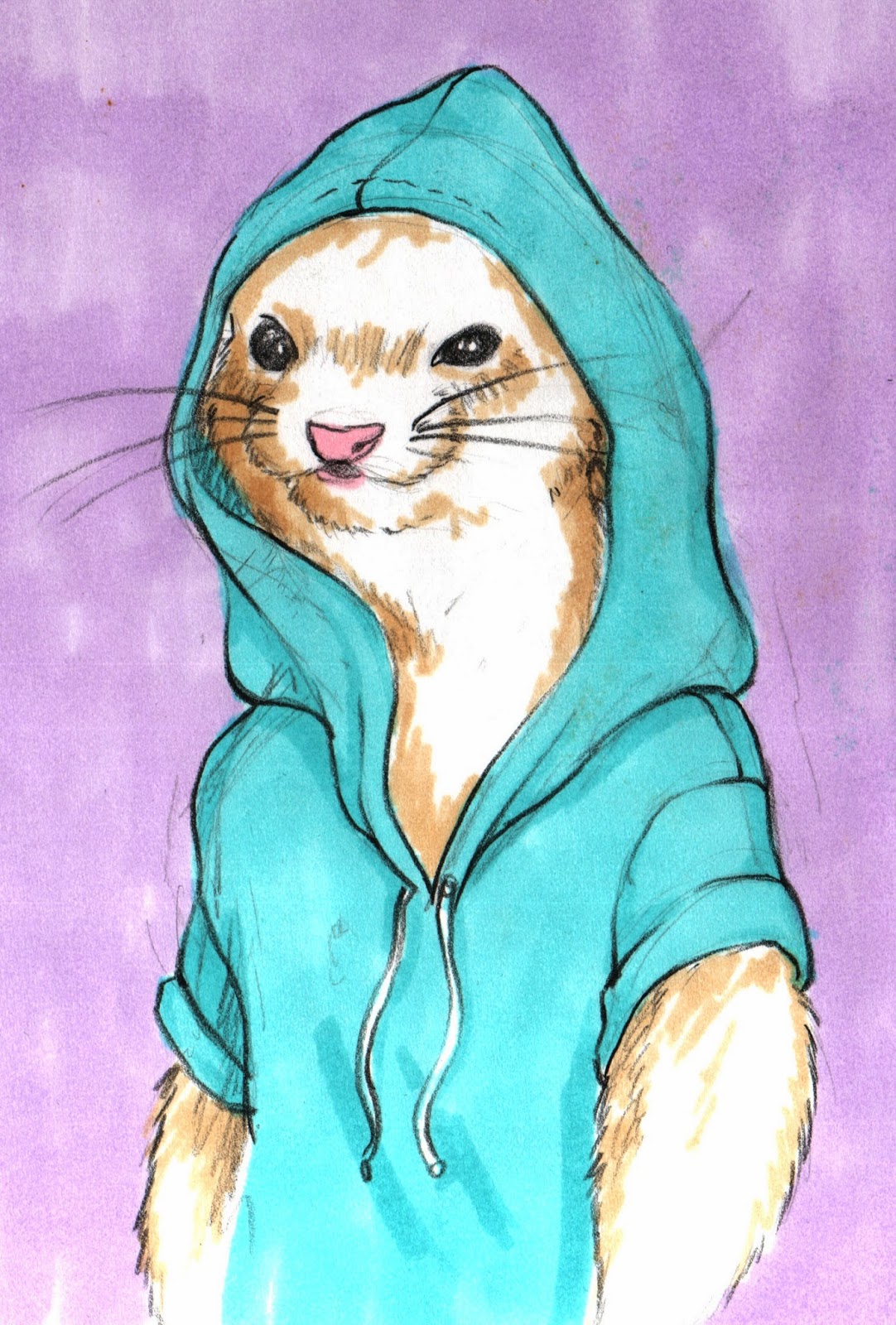 About two years ago, I made an excellent discovery: Ferret Clothes. I've only ever known one person who actually had a ferret, and they lived in Florida, too far away for me to form an opinion. However, when, through some bizarre Googling rabbit hole, I discovered that clothes for ferrets existed, I immediately began wishing I had a friend who had a ferret. Of course, I can barely take care of myself, so I don't really want a real pet. Hastings will do just fine.

It would seem that the most popular item of clothing for fashionable ferrets is the ferret hoodie, with retailers like Ferret Couture and Ferret Depot carrying many different varieties. I suppose this is best for the spinstering or lounging ferret.

Apparently, though, ferrets have many different sartorial needs. I've found a ferret who enjoys being a pilot, one who likes to keep everyone laughing, and even one who has a recurring role on Downton Abbey.