Spinstergram: What Happened on Spinster Break 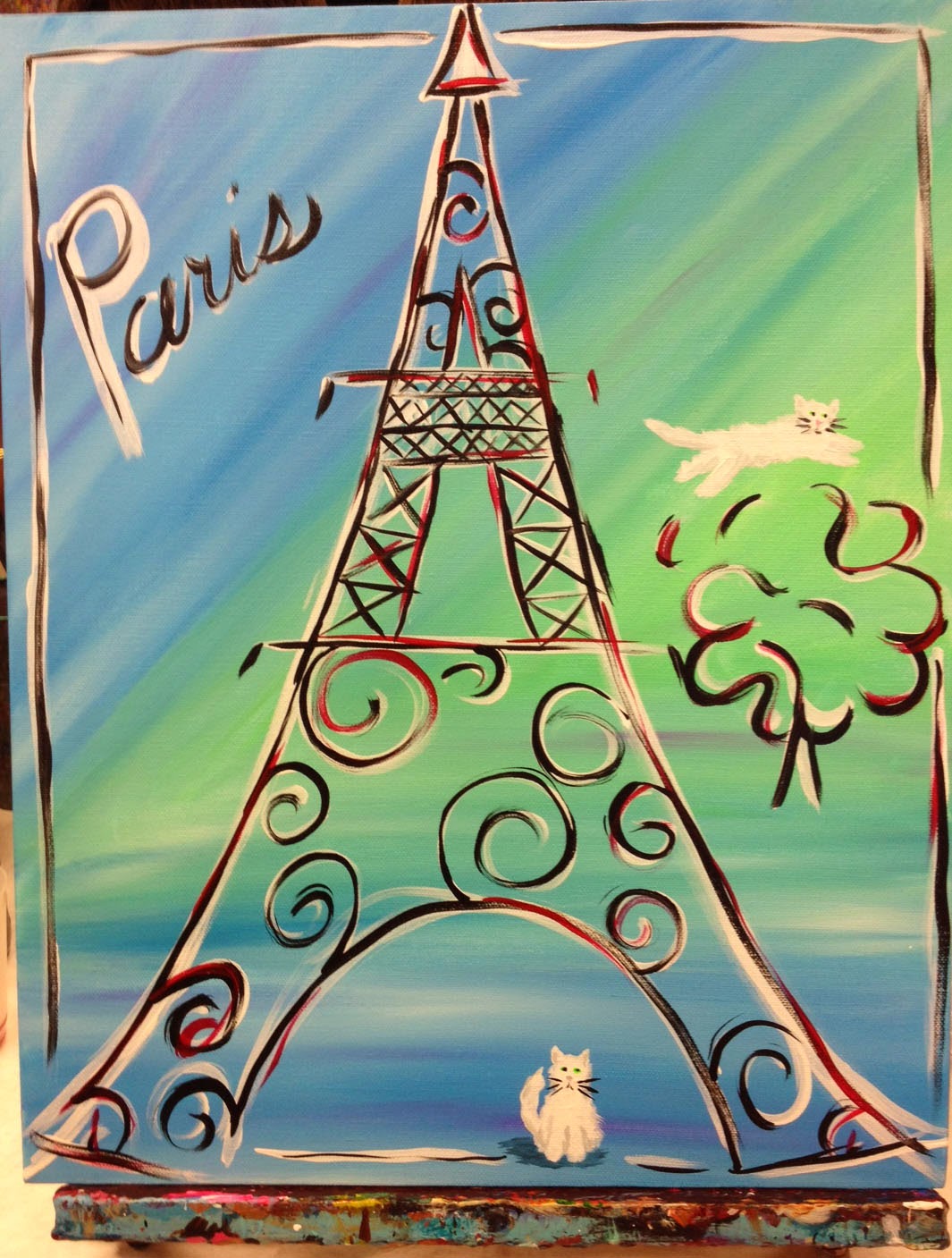 As you know from my last post, I had to take a little breakski from the blog because it was crunch time at work. Now, things are slowly simmering down, and I've been able to bring my adrenaline levels back down to some semblance of normality. There is still much to be done, but there is much to be blogged. So, here we go.

For the longest time, Megan and I have been meaning to check out either Dip 'n Dab or Sips n strokes. For those of you who aren't familiar, both of these are places where you pay a fee to come in, sit down, and paint with a bunch of people. Sometimes you all paint the same painting through very Bob Ross-like instruction, and sometimes - as is the case with our class on saturday - there are two different paintings. However, our instructor has a ponytail instead of an afro, and Megan thinks he was Canadian.

The location provides paint, canvases, brushes, easels, and aprons, and all you have to do is come in, sit down, and paint. It's really quite relaxing. I must say, though, that Sips n Strokes Toco Hills was pretty packed out. I think there were some eighty people in there on a saturday afternoon at 2pm.

Megan and I both chose to paint the Eiffel Tower. The other option was L'arc de triomphe, but it had already been drawn on the canvas for you, and I felt like that was kind of cheating. Though, I guess we were already cheating since we were all making the same painting. 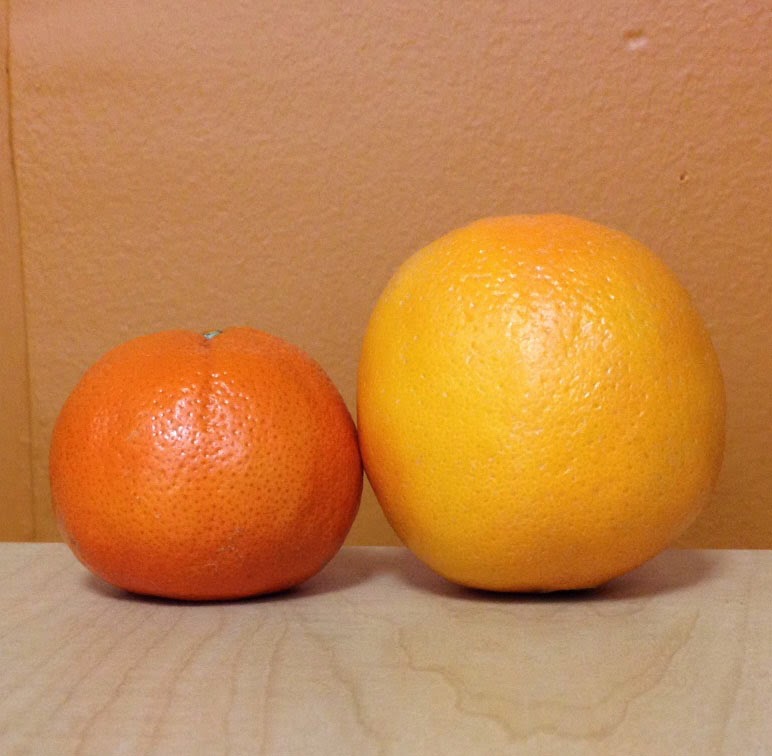 Across from Megan and Me was a couple that clearly didn't know each other very well. The girl was wearing a lot of makeup, including candy-colored coral lipstick, covered in a very glossy gloss. She was continuously trying to be cute by whining to the man, and he wasn't having it. He was serious about this painting business. During the painting, she kept pulling a little mini bottle out of her purse, and pouring a little bit of Rosé into her little wine glass.

To my left were a couple of girls who were there for one of their birthdays. They had brought sandwiches and chips, and one of the girls kept pouring chips onto her paint plate. Some of them got in the paint, but I didn't check to see if she ate them.

The instructor showed us all how to paint our paintings, but in the end I decided mine was very obviously missing a few cats. So, I added them in. I think they really make a special statement. Megan's looks the same, but without the cats.

As for the oranges in this post, they were sitting on my tax pro's table when I had my taxes done after Sips n Strokes, and I thought it all made for an interesting color composition. However, I think this composition would be a little more complete with a couple of cats.
Labels: cats fruit paint painting paris photos pictures sips n strokes spinstagram spinster break spinstergram