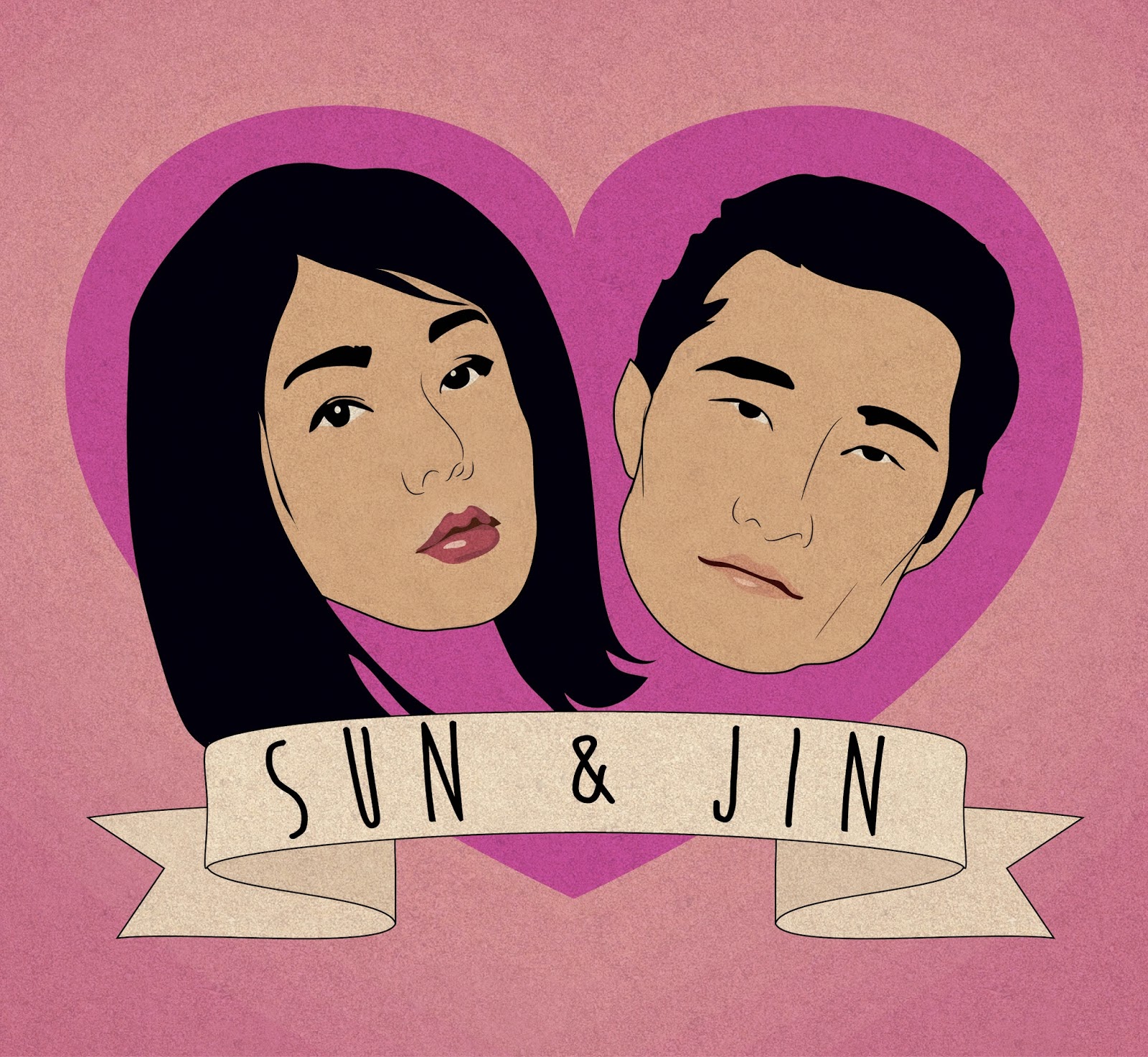 So, after much couch-sitting and snack-eating, I finally finished watching Lost on Netflix. To be honest, though, I'm still not even sure what happened. I mean, I know how it ended, and I won't really ruin it for you, but geez...what?

So, instead if dissecting the entire show six years after everyone else has, I'm just going to say the top five things I have to say. Honestly, I'm just still sort of befuddled. Perhaps, like Infinite Jest, it will be come clearer for me with time. Now, let's get to the meat of this business.

1. Sun and Jin were my favorite characters.
From the very first episode, I felt like I was supposed to love and root for Jack and Kate, but they just didn't really do it for me. The most attractive and compelling pair for me was hands down Sun and Jin. They were beautiful, and their characters had a lot of complexity with their romance, their relationship to tradition, organized crime, infidelity, infertility...the list goes on!

2. Desmond was the heartthrob sleeper.
I'm not even sure that's the right way to say what I'm trying to say, so let me be more straightforward: I felt like we were supposed to see Jack or even Sawyer as the crushable character, but Desmond came in after his first season and had a haircut and was really quite attractive. Plus, his love for Penny was clearly a bonus point in his attractiveness rating.

3. I found myself rooting for Locke.
I know, I know. Here again the obvious choice was Jack, but he was so boring and often just plain annoying. Locke was cooler, more mystical, and prone to do crazier things. Plus, rooting for Locke was kind of like going for the underdog.

4. The last season and a half or so were excruciating.
I know a lot of people who, when the found out I was watching Lost, said they were absolutely riveted during season six. Instead, I just wanted it to be over. I was so confused, and I felt like the show was taking all kinds of ridiculous and unnecessary turns. In the end, I'm not so sure that assessment was incorrect. However, if I'd been watching one episode at a time as they aired in real time, I suppose I'd have a little bit of a different reaction.

5. Now that it's over, I feel relieved.
I expected to feel a sense of loss when I was finished watching such a long, drawn out show, but more than anything, I'm glad it's over. In fact, while I write this entry, I'm watching Antiques Road Show on PBS in real time. Netflix and I need to take a little space right now.

So, there you have it. These are my thoughts on Lost without any real spoilers. So...if you haven't watched it, I just have to warn you. It's a bit of a commitment, and I'm not sure there's a huge payoff except for the fact that you'll be able to discuss Lost when people bring it up at parties.