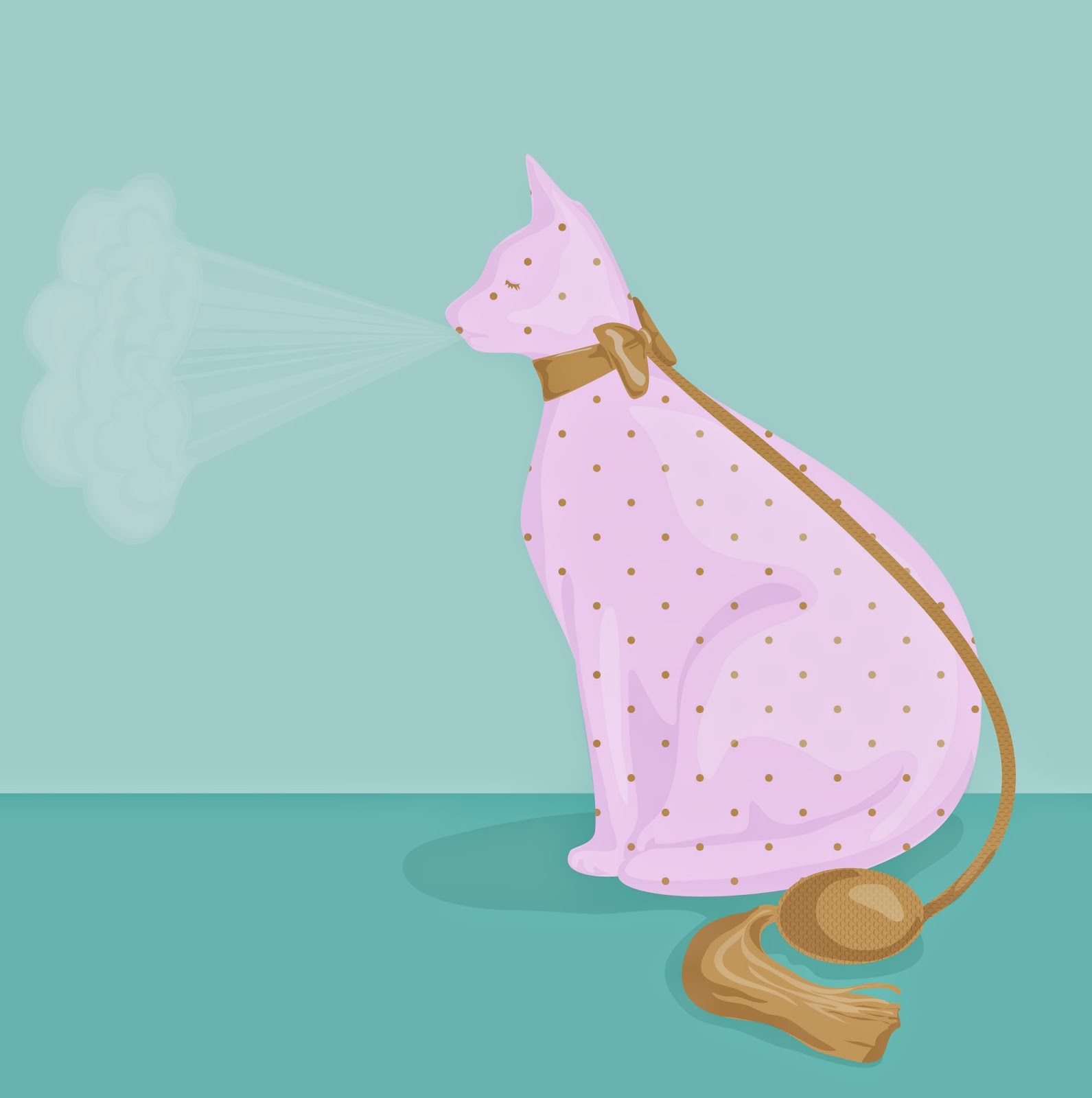 Whenever I have a long weekend, I start thinking about how much I'd love to be on vacation all the time. Of course, this would only work if I had a source of income that rendered me wealthy without having to spend too much time working on it. And then I thought...wait...a lot of celebrities have fragrances, and that's pretty much a one-and-done thing. They continue collecting income from this one product years and years after they did all the work to create it. So, I thought, if I were a celebrity spinster, one of my first orders of business would be to launch my own fragrance.

You'll see above in the first image, that one of the packagings would be light fuchsia/lilac colored porcelain cat with metallic accents, sort of reminiscent of a white-and-gold Staffordshire dog. The perfume would come out of the cat's demure mouth, and the whole thing would be operated by a gold-tasselled squeeze bulb, because I think that's fancy. 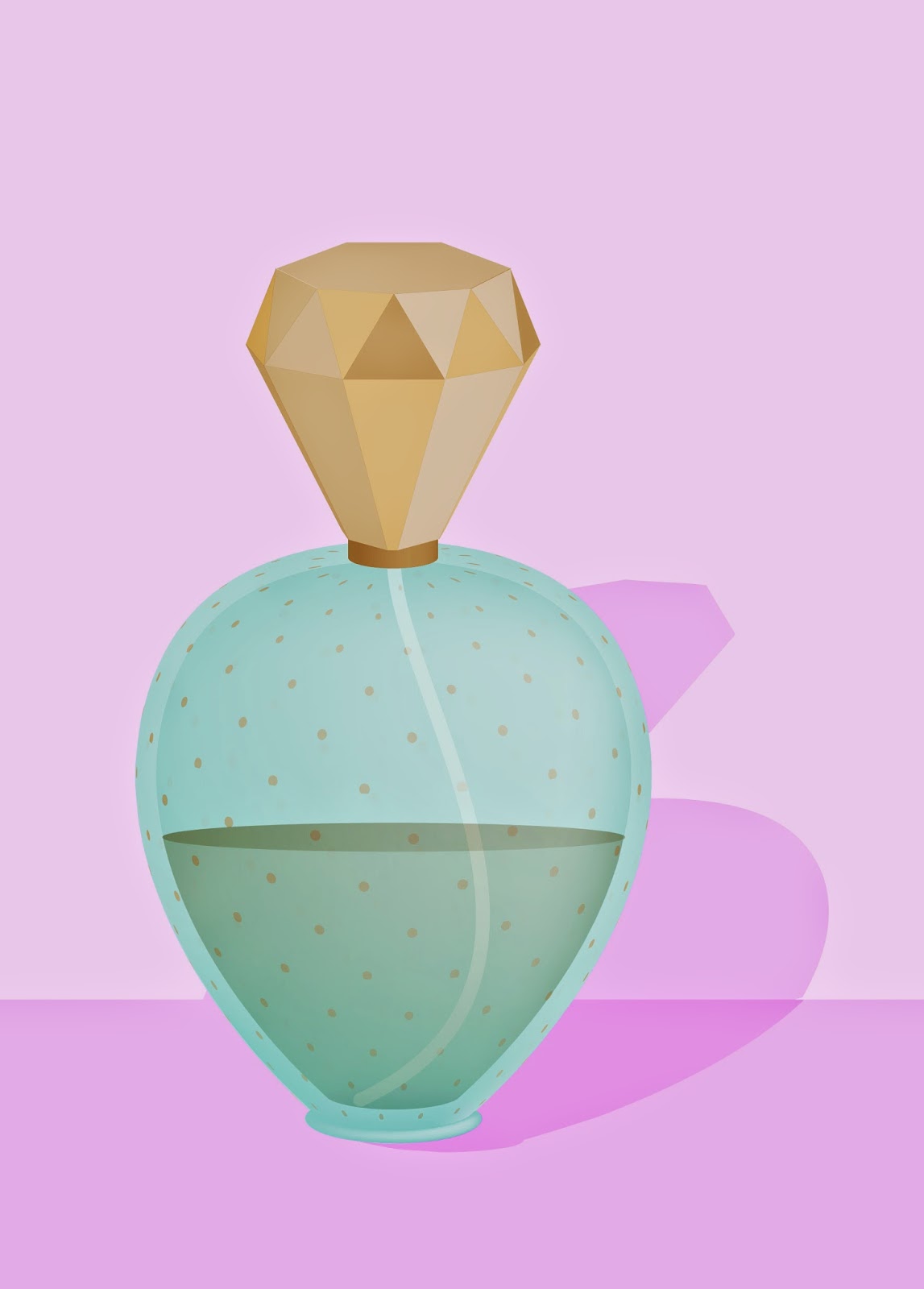 Most celebrities start out with a signature fragrance, and if it does well, they launch a second one to give their customers more variety. For this one, I chose a more pet-neutral design of just your regular frosted glass with some metallic gold dots and a crystal stopper.

Of course the fragrance business isn't all about the packaging. I mean, it does have a lot to do with the packaging, but there's more than just the "pretty" factor. It has to smell like something. Of course, as a spinster, I already knew what smells I'd want to include: laundry and food. Obviously.

The first perfume would have the following as its lead notes: Downy Dryer Sheets and Fresh Challah Bread. There would also be subtler notes of buttered cinnamon toast, S'mores Pop Tarts, and fresh-baked brownies.

The second perfume would be slightly different. There would be notes of milk chocolate, peanut butter, pizza, and kitten purrs. Of course, you can't smell kitten purrs, but I'd put them in the list of fragrant notes anyway. Less dominant notes would include cherry coke, blackberry preserves, a bed with clean sheets, early morning summer air, and warm chocolate chip cookies.

If anyone out there would like to make these smells happen, let me know. I think there's only a matter of time before I'm approached by the fragrance division of Li & Fung to send my very own dream team of smells out into the world marketplace. Do you hear me, LFUSA? This is a license just waiting for your purchase!

So, now that we're all hungry, I hope you can find a snack. Ever more, I hope it's fresh out of the oven.
Labels: beauty beauty products cats Celebrities drawing fancy fragrance graphic Illustration kittens perfume