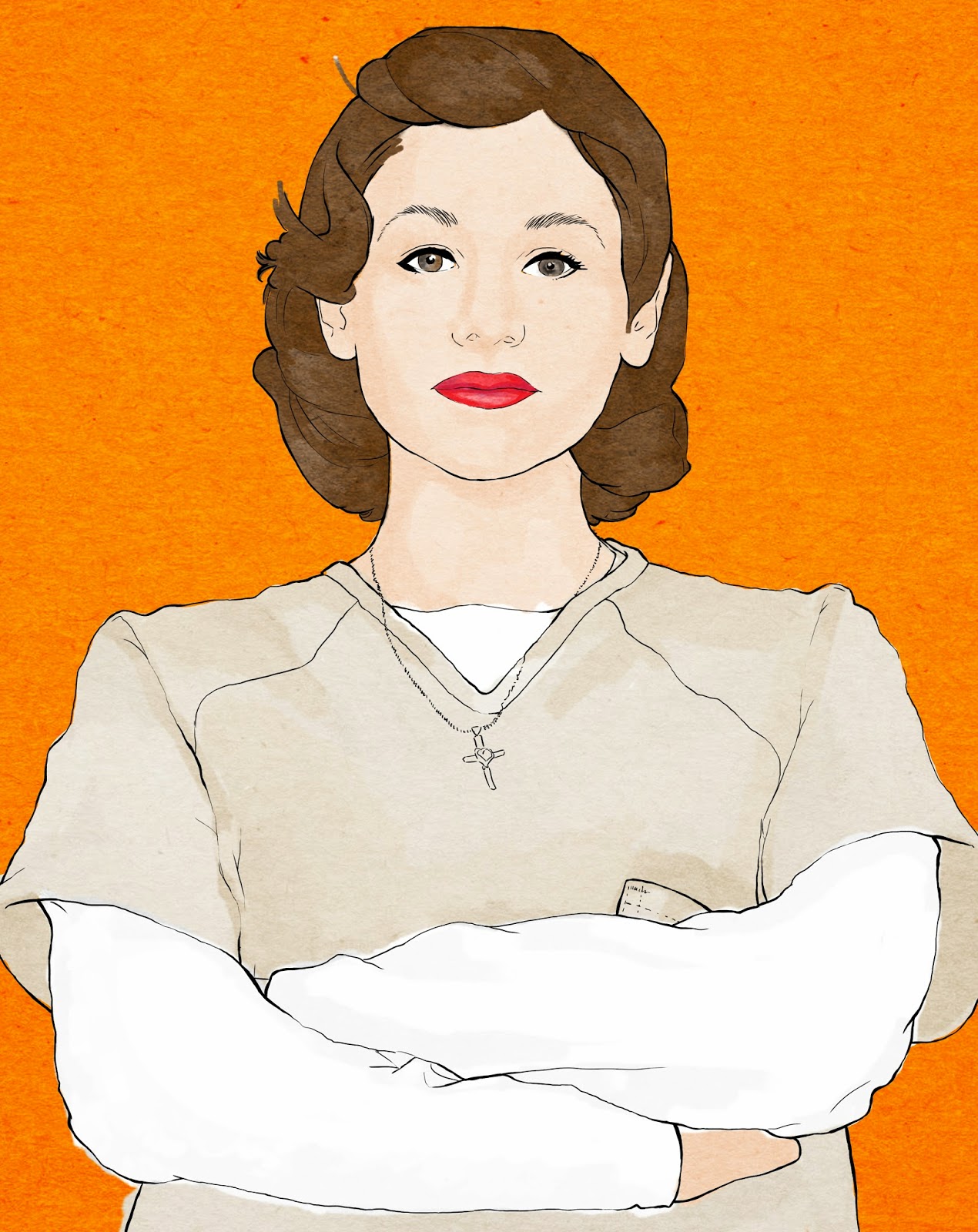 I finished watching OITNB last night, and I have to say that the last episode was quite a kicker. I wasn't so sure about this season until this very last episode, but it was a good one. That is all I can say. Before the last episode, though, I was iffy. Iffy, that is, about everything and everyone but Morello.

Yael Stone's character on OITNB is one Miss Lorna Morello, and she was by far my favorite character this season. She's so pretty (and surprising Stone is actually Australian!?), but this season she was so much more than that. We got to see a little of her insane backstory which I particularly loved. It was really sort of unexpected...to me, at least. Through the whole season, she's just great. I wanted to be her friend.

Now I've gotten to this paragraph and I realize I can't say much more without spiling some things, so I guess I should just stop. Enjoy this fan art and check back tomorrow for another binge I just did. It's a binge of a totally different kind.
Labels: binge binge watching Morello netflix OITNB Orange Orange Is The New Black Prison Spinster Binge TV