Spinster Confession: I Ate The Gluten 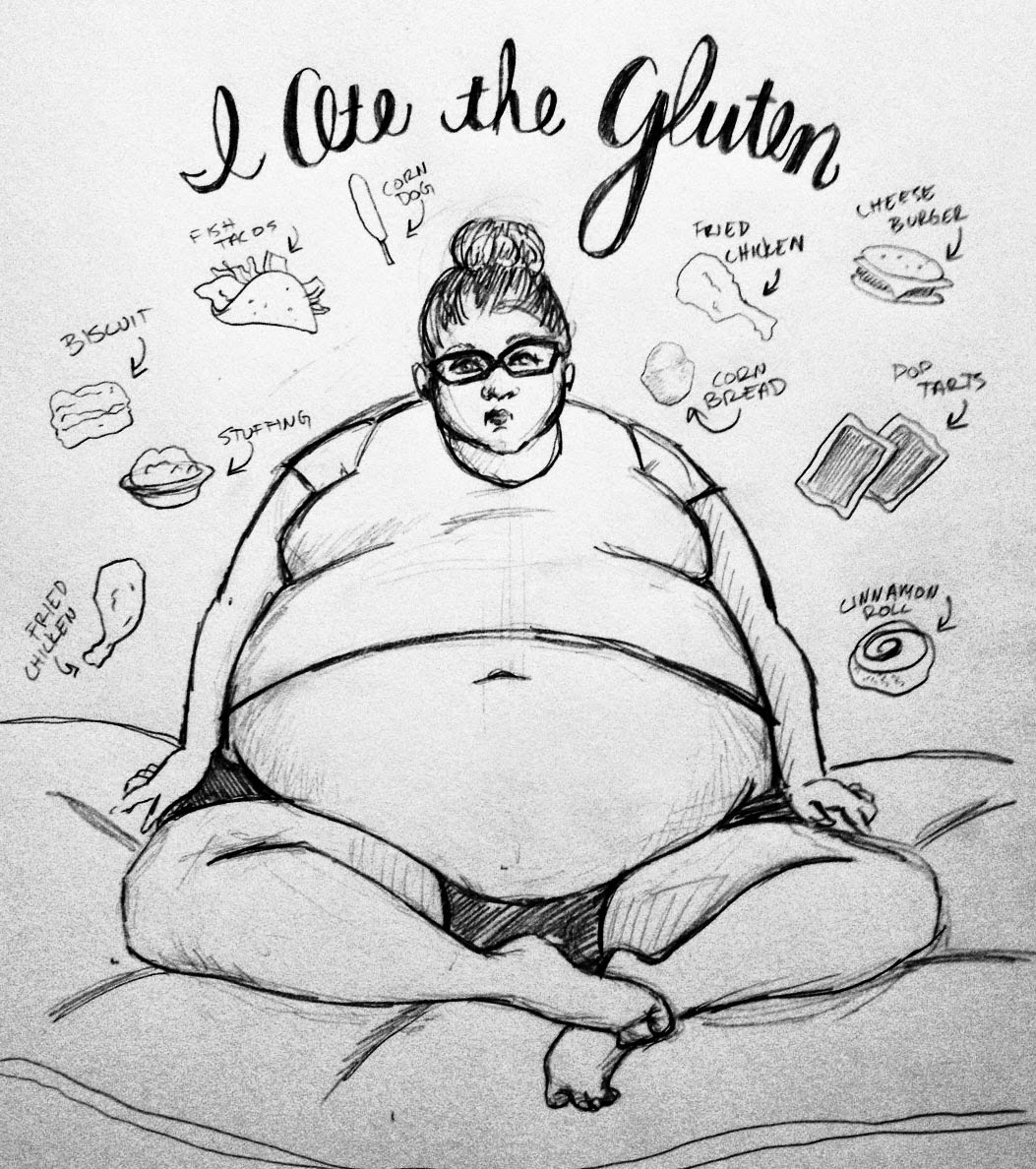 I think we all know I like to eat. I like to eat all the food, but since I stopped eating gluten, I've felt much better sitting at my desk at work. My pants aren't magically and immediately two sizes too small after lunch, and I can sit in my desk chair without unbuttoning my pants. But this weekend...this weekend was another story, and this has to stop!

So now, I must confess every delicious thing I have eaten until today that has led to my wearing elastic-waist pants and skirts until I no longer look and feel like Jabba the Hutt. You guys, this is serious.

My friend Angela was in town this weekend, and we went to Mary Mac's Tea Room with our friend Teresa. Firstly, let me say that I can't recommend this place highly enough. It was perfect in every way. Our waitress had a really local accent, and the place reminded me of a place that used to exist in Sumter, SC called Cole's, but maybe a little fancier. While we filled out our order cards, there was a basket of assorted breads including corn bread/muffins, biscuits, and home made cinnamon rolls. I don't suppose I need to tell you I had one of each. And with my meal, I had fried chicken.

Saturday night we went to a place called Ormsby's where I am ashamed to say I had fried fish tacos as well as a little fat slice of a corn dog.  There was a sign above the juke box at Ormsby's that said that any Journey or Def Leppard played would be skipped and the money kept. I like their style.

Sunday afternoon I succumbed to my baser instincts and actually (cringe) went through the McDonalds' drive through. Judge me if you will, but the girl who gave me that incredible greasy bag called me "gorgeous," and she said my hair looked great. So...I'm still not sure this was a bad decision.

Last night, though, was the last straw. I must be stopped. No more stress-gluten-eating or gluten-feelings-eating. I was sure I would be getting a call from Disney to be a Jabba Impersonator now that they own Star Wars and Lucasfilm. Alas, my gluten binge was not quite so lucrative. Instead, I ate fried chicken and stuffing while I sat in a booth with a cracked vinyl seat and talked to my friend Katherine on the phone about the Stroller Warriors. No, dear. I'm not joining. I don't even know where I'd get a stroller, much less a baby. Well, maybe amazon...for the stroller...and also maybe the baby. I think they sell everything.

Anyway, after I all but rolled home, I decided glutenbinge 2014 should now be drawing to a close. That's great because, of course, I ate the last two pop tarts yesterday morning.

So, spinsters, I stand before you, hanging my head in shame. I was weak, spinsters. I ate something I knew my body didn't like, and it rewarded me by making me a Jabba impersonator whose phone just won't ring. Well, that is, except for when Katherine calls. It did ring then.
Labels: atlanta chicken cole's restaurant drawing fish food gluten free gluten-free Illustration Pop Tarts sumter Sumter SC tacos