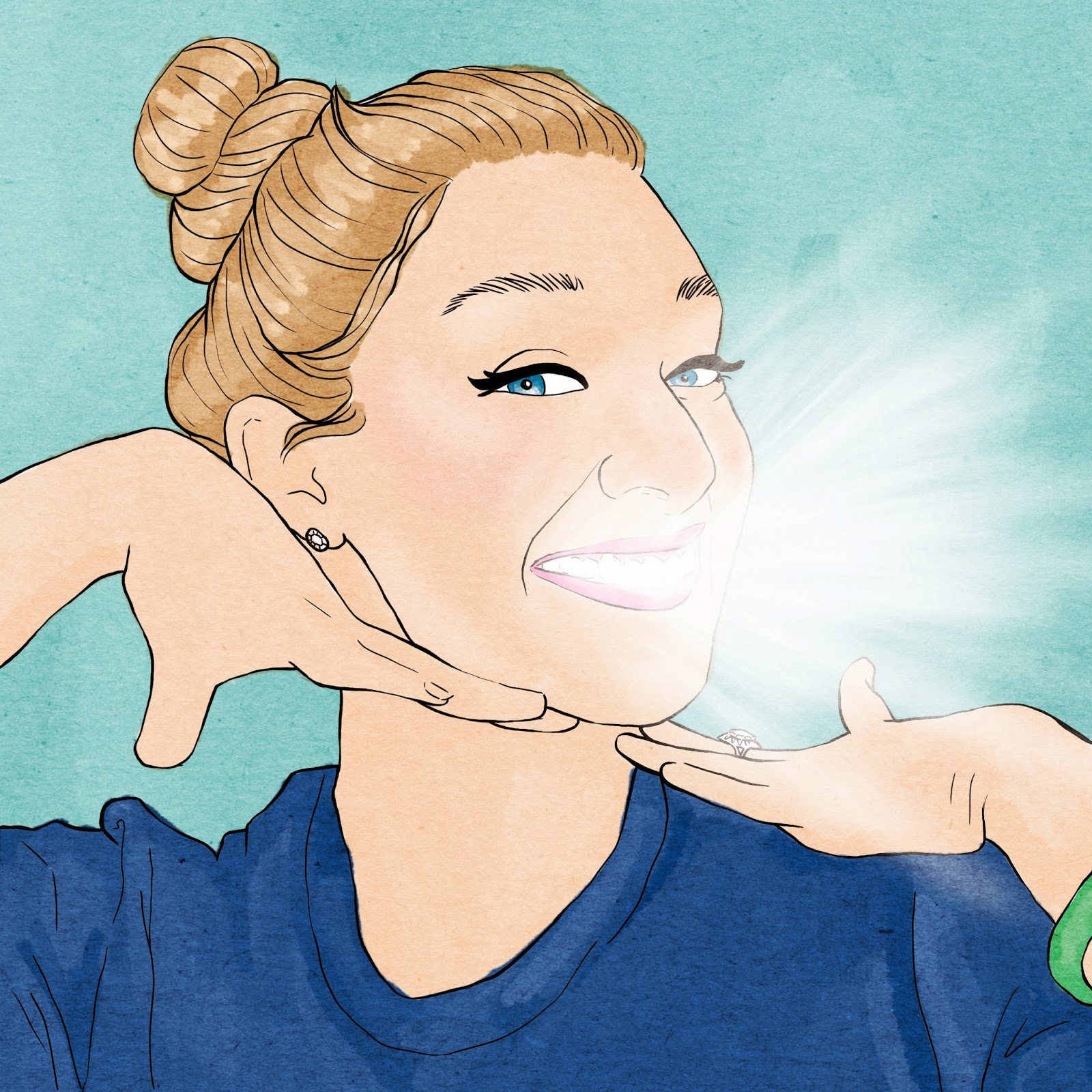 Hey hey! It's Saturday! What a day! I tried googling those words to figure out where they came from. There was a song when I was little whose lyrics went something like this "Hey hey it's saturday! What a day, oh what a day! Hey hey! It's Saturday. Sleepin' 'til noon, watching' cartoons. Nothing can go wrong. 'Cause it's Saturday all day long!"  If anyone can help me out with that, I'd be much obliged. I can remember the tune and everything but just not where it came from. But enough of that! On to today's Birthday task!

Today's task is to whiten your teeth. This may, in fact, already be part of your beauty regime, but it's not currently part of mine, so I'm adding it to my birthday list of self-improvement/self-celebration. I drink a lot of dark soda, and I think it would probably be a good idea for me to life my pearly...er...off whites...to a brother shade during this birthday month.

Now, there are a quite a few ways you tooth whitening can be achieved, as I'm sure you probably know from television. However, just in case, I'm going to lay out a list for you below:

2. Mall Teeth Whitening Kiosks:
There are a lot of reasons I'm shy about doing the mall teeth whitening kiosks like White Science. Firstly, you're out there in the middle of the mall having someone work on your teeth. That seems strange. Secondly, they don't have the greatest reviews on Yelp. However, they must be making a lot of money, because I've seen quite a few around.

3. Whitening Strips:
The ones I've heard of most often are Crest 3D White Strips. I think this may be what I try this time.

4. Paint-on Teeth Whitening:
This seems like it'd wash off, but its' cheaper than white strips at Wal Mart, so...who can say?

5. Natural Remedies:
Dr. Oz recommends a baking soda mixture which I'm sure works but probably tastes horrifying. I've also heard about a stawberry and baking soda mixture as well as just straight up hydrogen peroxide...but is that a natural remedy? I'm not sure that counts as natural.

Anyway, if you want to try any of the at-home remedies, and you want more people's opinions, I've discovered that everyone on YouTube is happy to help!