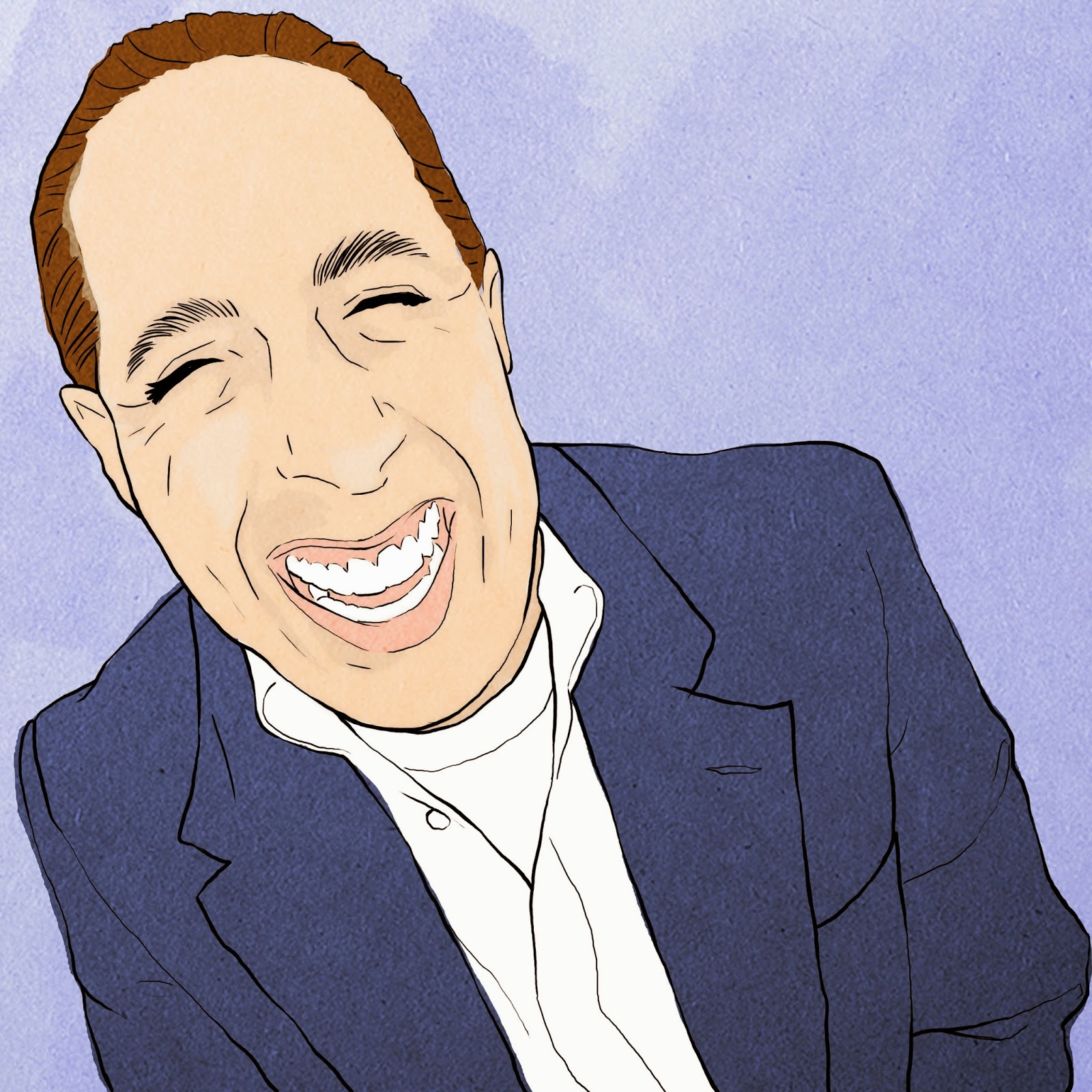 Friday night I came home from work with every intention of going back out to see The Hundred Foot Journey, Magic in the Moonlight, or What If. Once I was inside the door, though, it was a pants-free zone, and I knew I would not emerge until the next day. So, I donned my bathrobe, reheated some Indian takeout from Cafe Bombay, and basked in the glow of my laptop screen.

I had every intention of doing a little illustration for the coming week while I watched something from Netflix on my TV, but once I started googling, I realized I had been meaning to watch Jerry Seinfeld's newest brilliance, Comedians In Cars Getting Coffee for some time. And just like that, my Friday night was planned.

The premise of the show is this: Jerry Seinfeld gets a really cool car, and then he picks up another comedian so they can chat and have coffee, all on camera. I'd like to say I had doubts, but I didn't. I love Jerry Seinfeld, so I was all in.

I don't even want to think about how many episodes I watched Friday night, but I know for sure it was at least an entire season. Almost every episode is like getting to hang out with two amazingly cool people you'd like to have as friends without having to deal with the self consciousness that they're both much cooler, funnier, and more successful than you are. Also, you can wear your bathrobe. So, in short, it's my dream come true.

Out of all the episodes I saw (I still haven't seen all of them yet, but it's only a matter of time), there were a few I found particularly amazing and/or charming. Firstly, Aziz Ansari, even though he's not always my favorite, seemed like the coolest, most charming person when he met up with Seinfeld. Plus, he's from South Carolina, so obviously, I must love him. Secondly, Jay Leno, but mostly because he has his first cup of coffee on camera and feels the same way about it as I do. It's always good to know I'm in good company. Thirdly, there's Tina Fey who I have to love because I love her. I know that doesn't even make sense, but just go with it. You love her, too.

I know I just called out only three episodes, but I really highly recommend you watch them all. I want to be friends with all the comedians. For now, though, I'm just going to be happy Jerry Seinfeld put this series in motion. You know, so I can pretend.