The Only Thing I Made Last Night 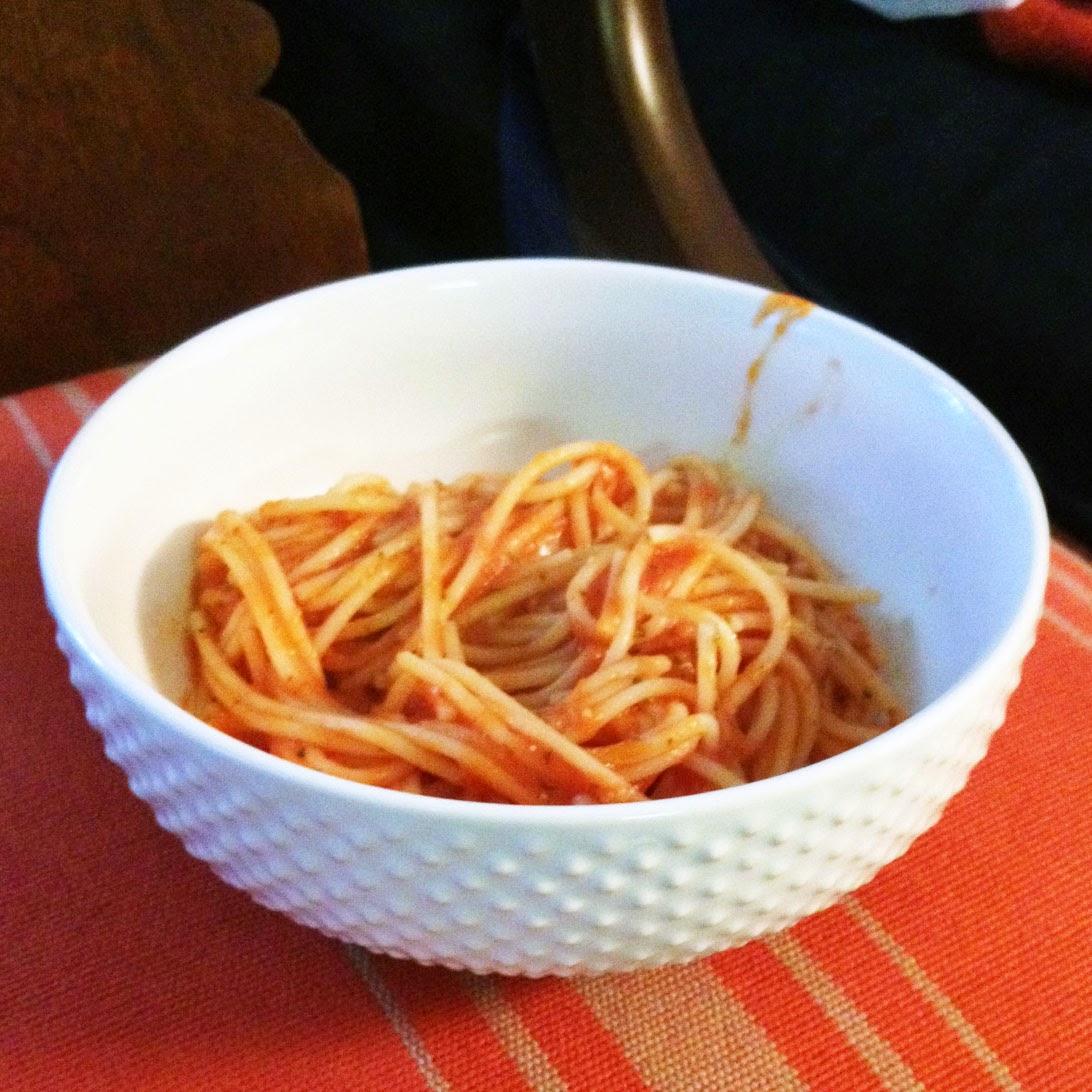 As you may know, last night was the was the Emmys on NBC. As such, I had my night all planned before I even got home. I would make gluten free spaghetti, and then I would put it in one of the new bowls my parents gave me for my birthday (which I love), and then I would put on my bathrobe and my sweatpants and watch TV for the rest of the night. And, my friends, that is exactly what I did. Without anyone else's commentary or interruption.

I was so taken with the Emmys, I forgot to make a drawing. Or maybe I was just being lazy. I see no need to pass a judgement on that front, especially not on myself. However, because I did pay such close attention, I have five things to say about the Emmys, in no particular order.

1. How did I not know Hayden Panettiere was pregnant? She is seriously pregnant. That dress looked great, though.

2. I'm pretty sure Julia Louis-Dreyfus is getting more attractive the older she gets. For example, here she is on Seinfeld, and here she was last night. It's pretty much mandatory that you agree.

3. Zooey Deschanel's Emmy Dress was cute, but that hair was a no go for me.

4. Jimmy Fallon tried to steal Stephen Colbert's Emmy, and it made me uncomfortable. I felt like it was a little bit of a Kanye moment even though Colbert was very good natured about it.

5. I loved that Weird Al performed. And in his honor, I think I'm going to take it old school and embed one of his all time best songs: