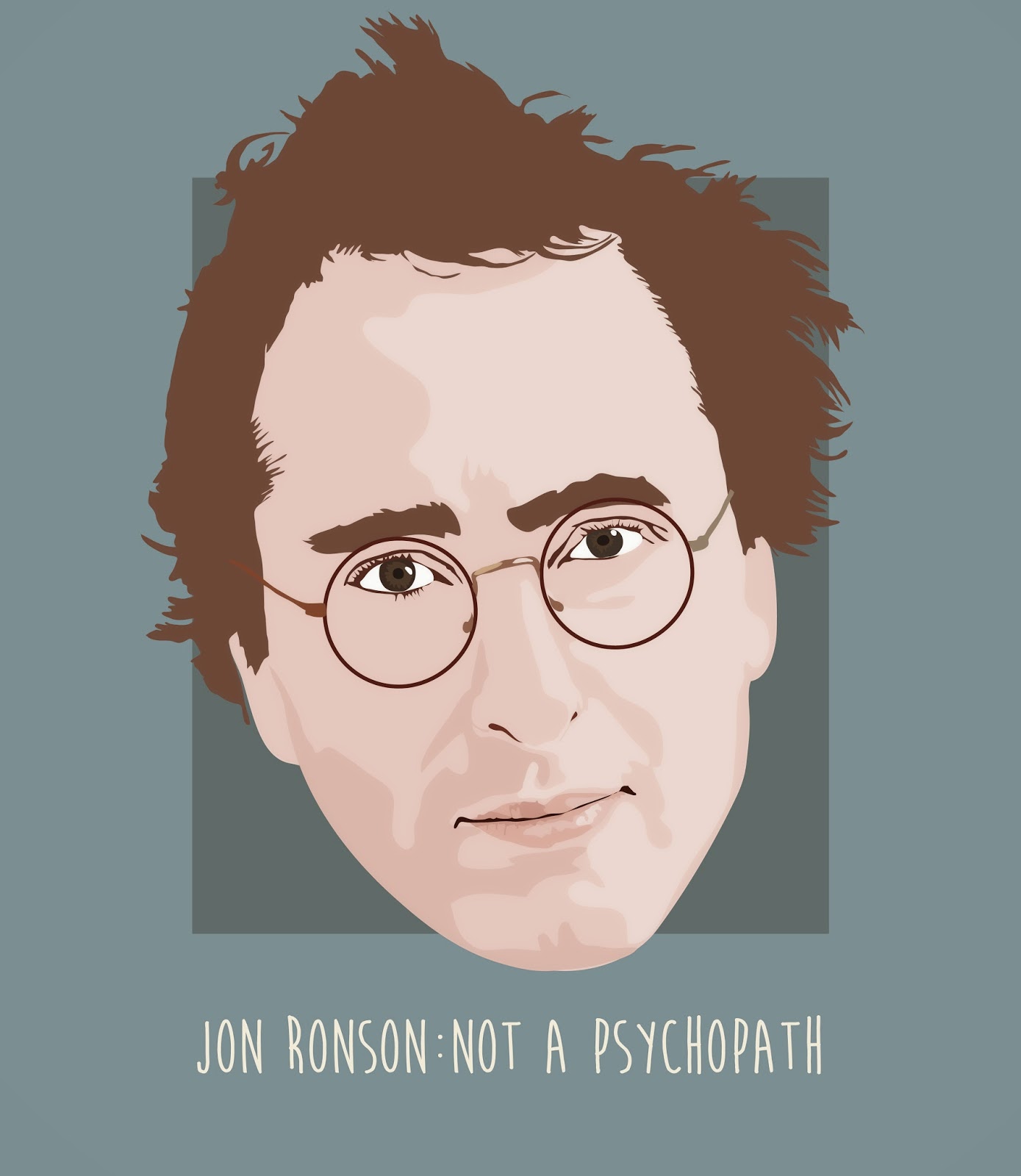 Like most other people, I'm fascinated by the criminally insane. Law and Order, after all, was one of the longest running television shows ever. If you watch SVU, you know that half the criminals are Sociopaths and Psychopaths. So, of course when This American Life had an episode called "The Psychopath Test," it was on of my favorite episodes. But then, earlier this week, Leah told me she'd read the book of the same name by Jon Ronson. I purchased it right then and there and listened to Jon Ronson's The Psychopath Test at work this week and...whoah. It was crazy. Pun intended.

Firstly, Jon Ronson reads the book himself on the Audible recording, and it's amazing. He's english, and I love that. Also, his voice as a writer is hilarious. He's one of those writer's who's saying something serious, and then all of a sudden, you realize it's also really funny. I know, it's hard to imagine a book about psychopathy being funny, but it very funny at some points.

Now, there are a lot of topics in this book that aren't necessarily directly about psychopathy or the test given to determine whether or not someone is actually a psychopath. In my post-listening discussion of this book with Leah, we decided this wasn't really one of the book's strengths. All of the information is absolutely interesting, but I'm not sure every tidbit actually relates. The fact that it's all true (as in it's nonfiction written by a journalist), though, will shock you.

Like any good self-respecting psychological hypochondriac (you know, someone who thinks they have all the psychological diseases but none of the physical ones...), after listening to The Psychopath Test, I was sure I'd score pretty high. So, of course, I googled "take the psychopath test online," and I clicked on the first link I found. It was a list of true or false questions, and then it would score you based on your answers. Readers, I am pleased to tell you that I scored slightly below average and am not at all a Psychopath.

In conclusion, those of you who know me have nothing to worry about. If you want to listen to something fascinating, though, I suggest you click the link above for the This American Life episode followed by purchasing the audio book. You can thank me later...unless you're a psychopath. In that case, please stay away.
Labels: audible.com books books on tape drawing Illustration jon ronson Leah portrait Psychology The Psychopath Test