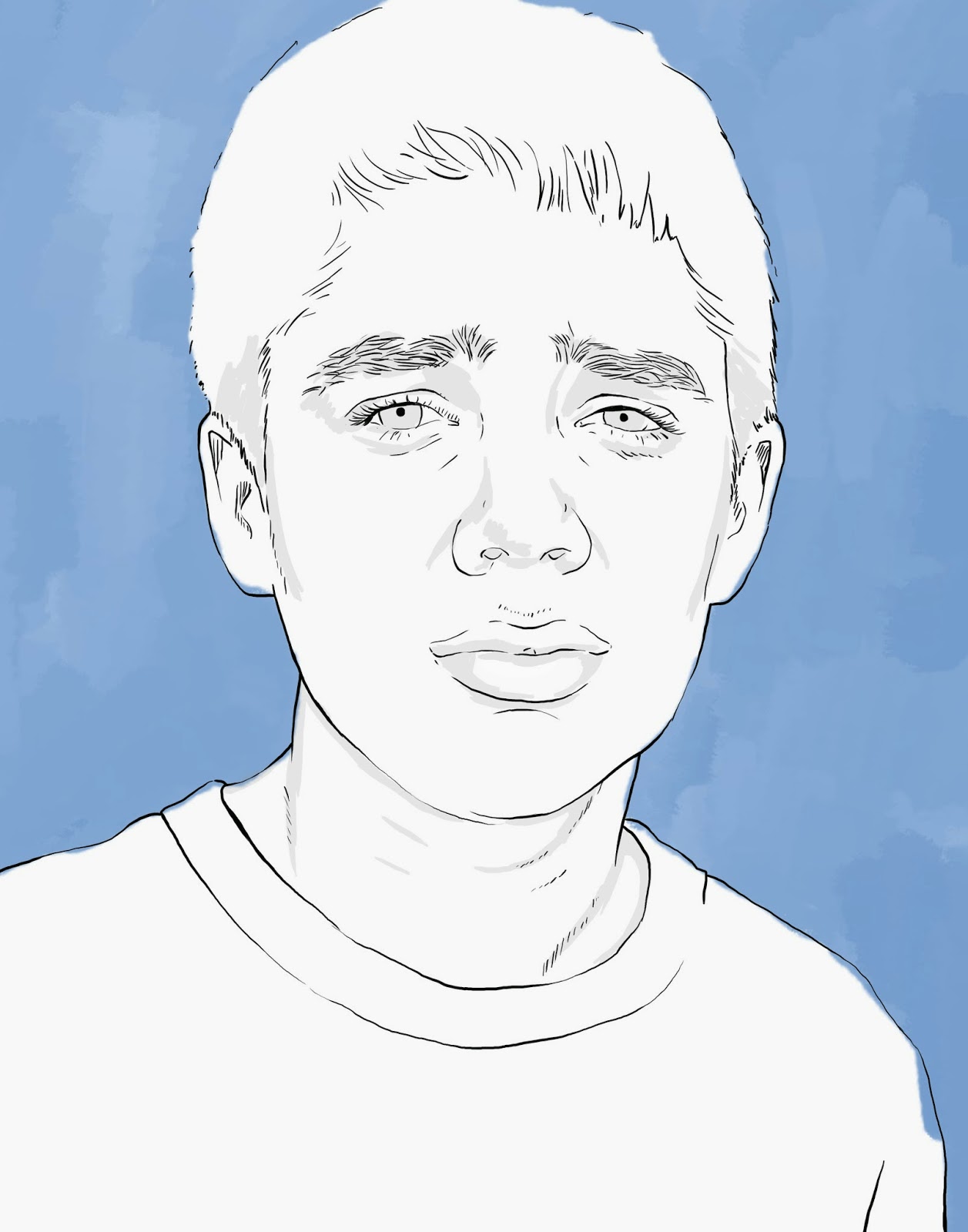 Saturday night I actually went to the movies with a friend. I know. I know. That's very unspinsterly of me. However, the invitation was to see Boyhood, and we'd both been dying to see it, so....I was social!

Now, First of all, let me say that we went to see the movie at AMC Phipps Plaza, and they have leather recliners and assigned seating. I booked the tickets on Fandango, and I got the last two seats that weren't on the front row. I'd consider that a success.

Ok, moving on. There will be no spoilers in this post because the movie is basically all in the description. It's the life of a boy from ages 5 to 18. They actually used the same boy and filmed it over 13 years of his life, which is really incredible. I was confused, though, because somehow I had misunderstood when I was watching interviews, and I thought it was actually Ellar Coltrane's life, instead of the fictitious Mason.

I chose the illustrate this particular stage (part six) of Mason's development because it was in this segment that I was absolutely sure that the actor was not Ellar Coltrane but, in fact, Alexander Gould of Weeds fame. We're talking dead ringer for at least three or four segments of the film, and it was distracting. However, if you go see this movie now, you'll know it's not him, and you won't have to worry about it. Also, don't be confused later when he bears a striking resemblance to Lukas Haas circa 2005. He's not Haas, either.

The story is a little sad and a very touching, and if you are, like I am, fairly close in age to Ellar Coltrane (ok, well, I just checked, and I'm almost exactly 9 years older than he is....so i'm not that close), it's kind of like watching your own life in some ways. The music will take you back, and so will the fashion. And I cannot tell you how much he reminds me of a lot of guys I knew in college.

So anyway, let me stop rambling. The movie is good, but the acting is bad. Well, except Ethan Hawke because...well, he's not bad. And by the end Ellar Coltrane is straight up good. I suggest it, but it's not like anything you've seen before. Oh, and it's almost three hours long, which is really short when you think of how long it took to film.
Labels: Boyhood Celebrities drawing Illustration portrait spinster screening weeds