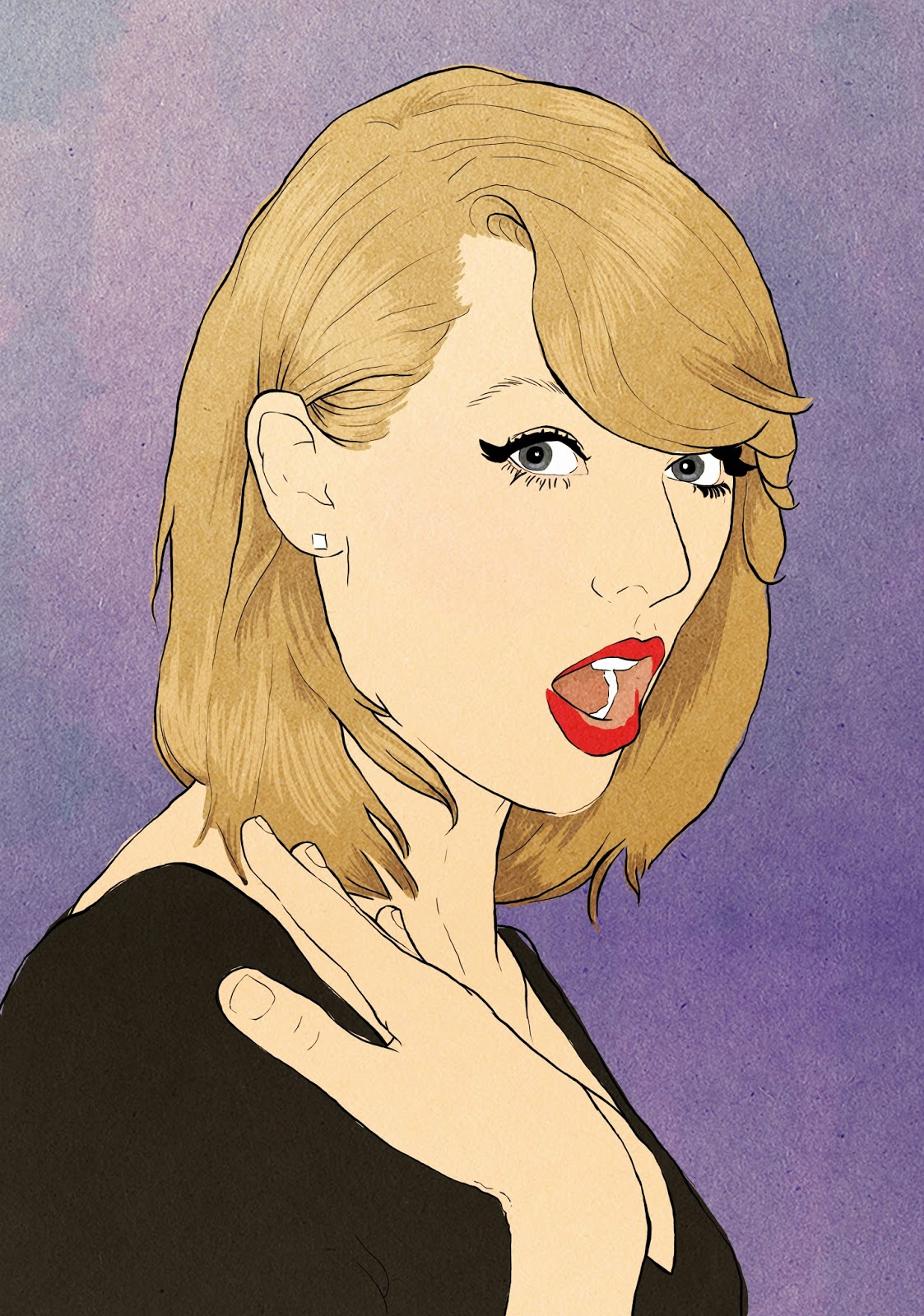 In case you didn't watch the Today Show or any commercials in the past week, I think you should know that Taylor Swift's new album, 1989, dropped yesterday, and according to my Instagram, pretty much everyone preordered it on iTunes. I've only listened to the album twice so far, but it won't surprise you to know that I like it. I like it quite a bit.

Now, according to quite a few things I've read around the internet, Taylor Swift's last album, Red, was written almost solely about her relationship and breakup with one Mr. Jake Gyllenhaal. A few of the songs on this album still seem to bear echoes of that relationship, which I think is fairly true to life and accurate. You don't just write an album about a guy and then sing it all over the world on tour and magically become over it.

As much as I do think she's rehashing some of the same feelings, the lady Swift has a totally new feel and attitude on this record than on the last one. Not only is the actual music totally different from the last album (more synthesizers, more playful vocals, more danceability...), but the overall message seems to be something along the lines of "yes, I still love you, but I mean, what am I going to do about it?" The answer, of course is that she's just gonna shake it off.

I could write more about this, but I think I need to listen a few hundred more times before I can really make a serious (and unqualified/uneducated) analysis. For now, I say 'Hooray For Taylor Swift,' and also go listen to the album now.
Labels: album Celebrities drawing Illustration music portrait Taylor Swift