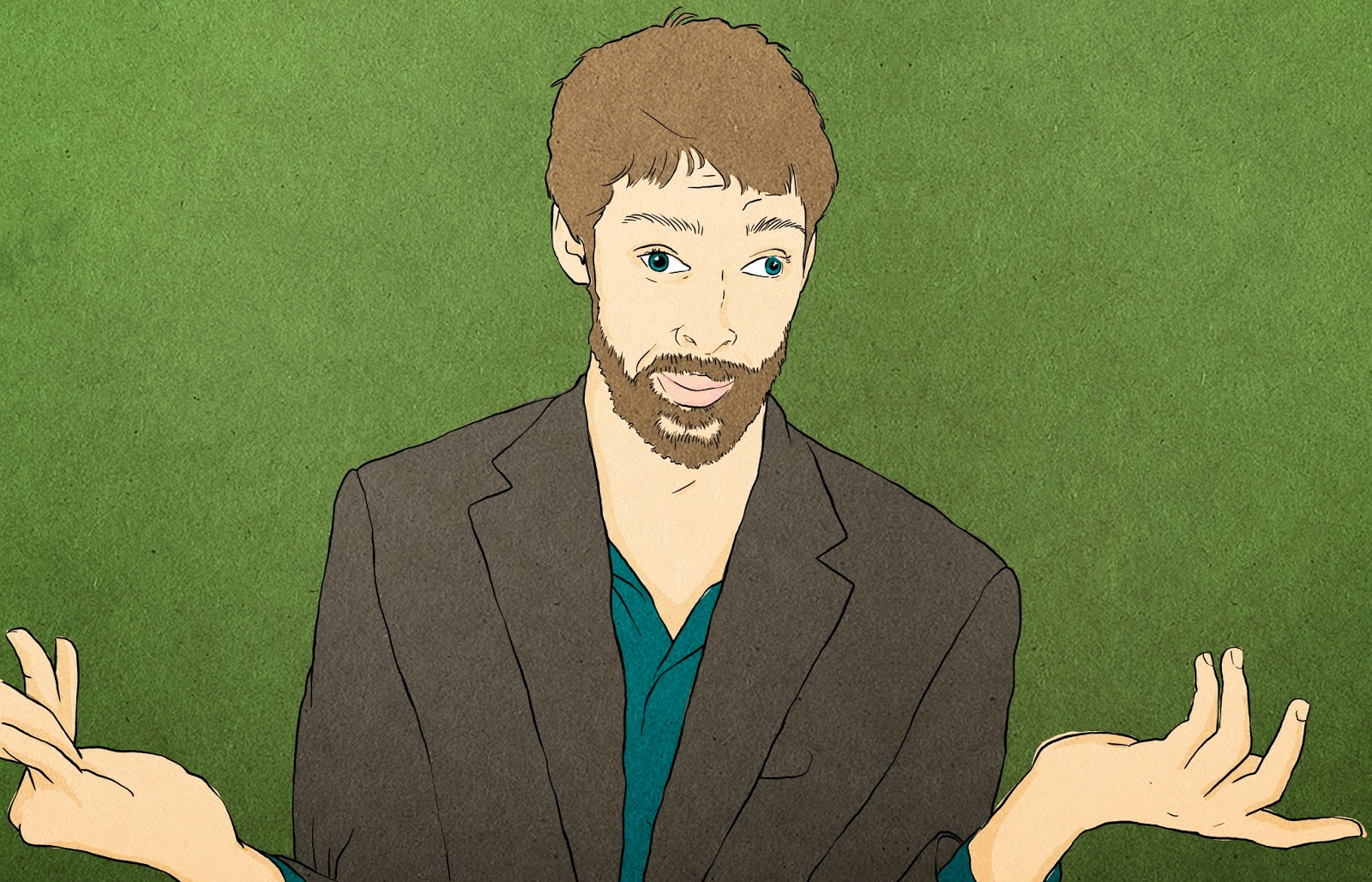 I know what you're thinking. You're wondering if I messed up today's illustration, but bear with me. Today's subject is pretty fun.

Last week while I was working on my Halloween costume, I watched a documentary on Netflix called Please Subscribe. (Right now, you can watch it on Hulu.) The documentary discusses people who were, in 2012, some of the top YouTubers making a living from their videos.

The image to the left was my favorite of the bunch, a man named Zach Anner, who had a travel show called Riding Shotgun. He was riding shotgun because he has Cerebral Palsy. Anner, though, seems hilarious in his own right, illness or no.

One of the things that struck me while I watched this video and glued sequins to my mermaid costume was that almost all of the YouTubers expressed a similar sentiment: They enjoyed making a living as a YouTuber because they had total creative control. In the average workplace, "collaboration","cooperation", and "teamwork," are buzzwords of the highest order. In the interviews with the YouTubers, though, they acknowledged they didn't really like having to work with others at all. They occasionally collaborated with other YouTubers, but for the most part, they were all professional lone wolves. I can really appreciate that, and I suspect most creative people can, too.

Now, of course I couldn't watch a documentary like this and not want to make a new YouTube video. I'd been seeing reports about unboxing videos all over the place lately, so I thought I should make one of those.

**For those of you who aren't watching and reading all the same things I am, unboxing videos are ones in which someone opens a package or product, showing its contents to the viewer. These have been in the news most recently because of YouTubers like DisneyCollectorBr who make videos especially for Toddlers.***

I, of course, wanted to make my own unboxing video for toddlers, but alas, since Easter isn't near, I couldn't find any plastic eggs. However, when plastic egg time does arrive, rest assured I will do a special spinster-themed unboxing video.

For now we'll have to settle for the unboxing of the purchases I made yesterday at Sephora. I went in for face lotion, and somehow I decided it was high time I owned a Clarisonic. It has to be charged for twenty-four hours before being used, so I haven't been able to glory in the bliss that is ultra-clean skin yet, but when I do, I will be more than happy to review.

I made sure to use my ASMR voice in this video just in case you also needed to relax while you discovered the contents of my beauty buys. Your toddler may not like it as much as a plastic egg full of random toys, but you may just decide that you, too, need to get your face really, really clean.

Behold! Below is my very first unboxing video! I hope you are soothed or at least get a little giggle!