Another Old Illustration: A Necklace 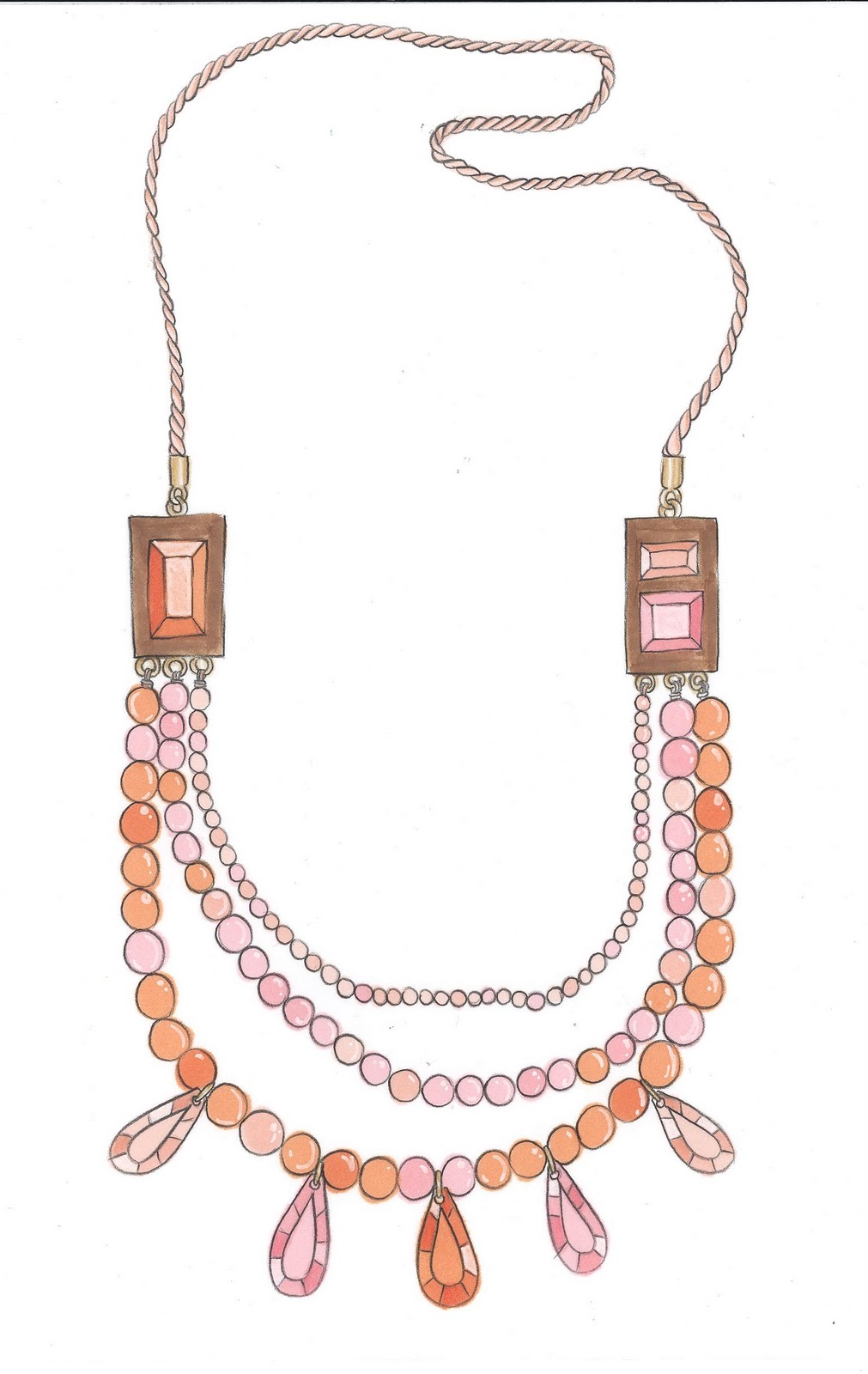 When I entered the fashion industry, Tromp L'oeil was a big thing. Specifically, tee shirts with fake necklaces on them were a huge trend. I spend many an hour at work dissecting the colors in a watercolor painting of a necklace our designer had made so that it could then be screen printed onto a tee.

I suspect I made this illustration sometime around that era. However, If I found this necklace in a shop now, I think I'd probably still at least try it on. I like pink and orange together.

Now on a somewhat related, much more interesting/hilarious note, I have a better Tromp L'oeil story.

At my first job, there was a woman who was a little...off, we'll say. She was tiny, over forty, and once wore a cheerleading outfit with fishnet stockings to work. All that's fine if you're Betsy Johnson or Patricia Fields, but this was a very corporate environment, so more than a few eyebrows were raised. Still, it was kind of funny to have such a wacky character sitting near my cubicle.

This woman had a particular habit of coming to my desk and whispering very long stories to me. Other times, though, she'd tell us all more information than we wanted to know at a volume where more than just our little enclave of cubicles could hear. One of these little tidbits was about a tattoo the woman was planning to get. For all I know, she's gone and gotten it now.

At first, he told us that she wanted a tattoo of a thong. We were all fashion designers, so a tattoo of an item of clothing wasn't such a strange comment. We assumed she'd worked in lingerie at some point. However, her face indicated that we should be more scandalized by this information. My boss at the time asked her where she was going to get the tattoo, and the woman said "it's a tattoo of a thong..."

We all sat there for a moment, and then my boss said, "wait...like Tromp L'oeil!?" The answer was yes.

I'm just going to leave you with that little bit of information for the day. Enjoy that.