Audible Spinstering: Kim Gordon's Girl In A Band: A Memoir 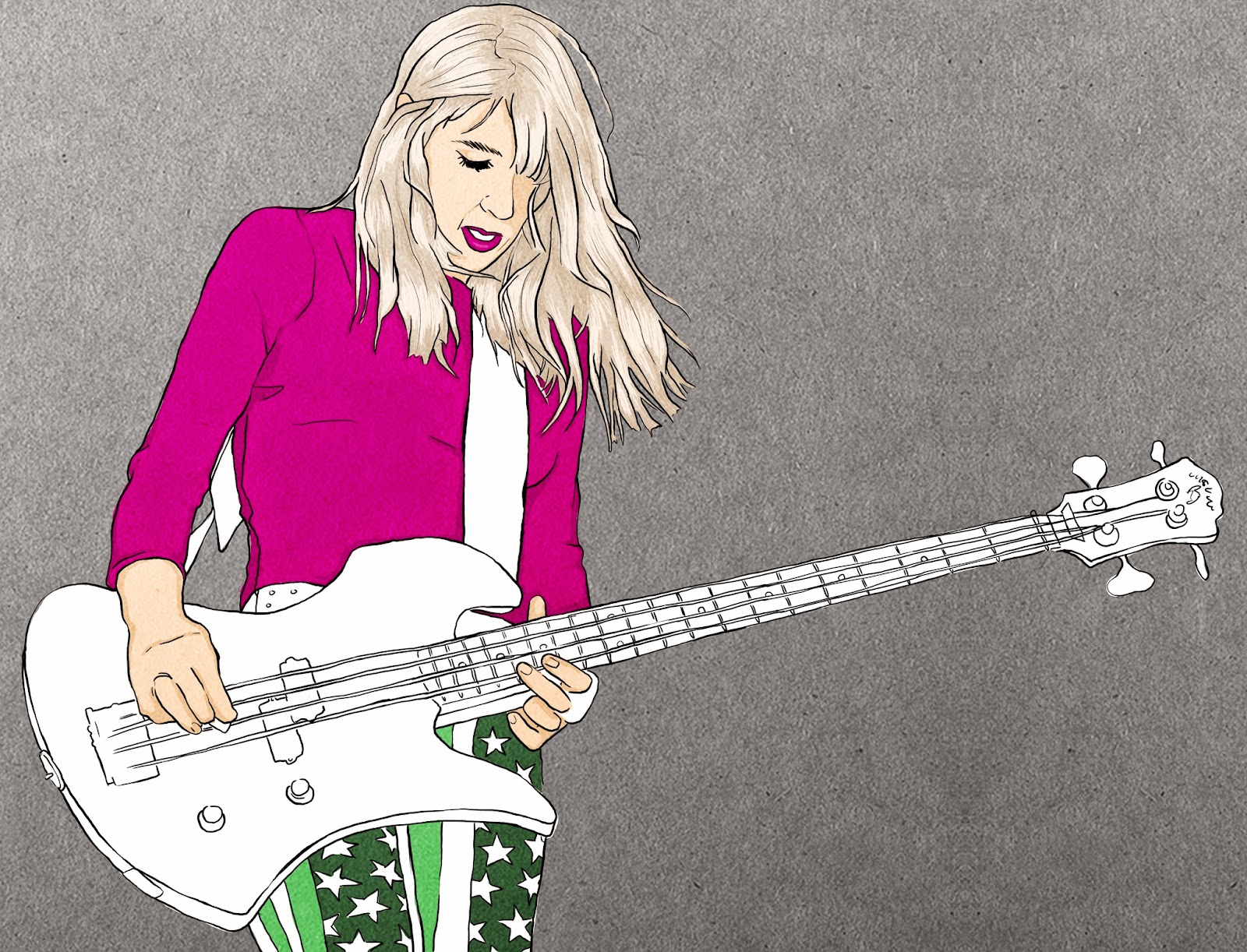 The first time I remember begin aware of Sonic Youth was in the mid-nineties. My family and I were at a retreat at Windy Gap, I believe. While the grown ups went to an event that was just for them, the kids and teenagers had  what I guess was a show for all the offspring. The only thing I remember about the show was that it was in a gymnasium with wooden bleachers, and that there was a magician.

For one of his tricks, the magician called a teenager named Jay Richardson from my K-12 school down to the floor. I remember Richardson as wearing an open short-sleeved plaid button-down, loose jeans, and Airwalks, but this could just be my own historical fashion projection. The magician asked Richardson for a dollar, and then gave him a marker to write something on the bill. In all caps, Jay Richardson wrote, "SONIC YOUTH."

Google hadn't been created yet on that night in Windy Gap, and I think that's probably why I remember his writing "SONIC YOUTH" so clearly. My older sister probably wasn't into that, so I was left to wonder what that meant until, probably, sometime in high school. I'm ashamed to say that I didn't actually listen to any of Sonic Youth's music, though, until last week. Color me deeply uncool.

What sparked all of this reminiscence? Well, you might have heard that The girl in Sonic Youth, Kim Gordon, recently published her memoir. Having just written that sentence, I feel the title is going to seem redundant, but I'm too lazy to go back now. The book is called Girl In A Band: A Memoir, and I listened to it on Audible last week. Kim Gordon actually reads the book herself, and I quite enjoyed it.

Like a lot of memoirs, this book kind of jumps around a little and can be hard to follow. For Sonic Youth enthusiasts, however, it may be a little easier. Despite my total ignorance at the outset, I found it quite enjoyable. Kim Gordon speaks on art, feminism, California, the Midwest, New York, 9/11, CBGB, fashion design, music, and a host of other things I feel like I should actually be researching before I speak any further.

I'm not going to recap the entire story here because I think you really should read it (especially if you ever watched and enjoyed VH1's Behind The Music (side note- I didn't realize that was still on!)), but here are a couple points I thought were really interesting and/or cool.

- Kim Gordon was so creative.
Kim Gordon talks about having been really into dance and choreography. She also - and I assume this is more well-known - went to art school and continues to make and show artwork. So cool.

- Kim Gordon had a fashion line.
Yep, that's right. It was called x-girl, and it was purchased by someone in Japan and still exists today. Please enjoy all of these photos of Chloe Sevigny modeling for X-girl while Gordon was still involved. Apparently Sofia Coppola was also in on this?

- Kim Gordon had some *things* to say about Courtney Love, Thurston Moore, the woman who broke up her marriage to Moore, and Lana Del Rey (of all people). Apparently there's no love lost on any of these people.

- Kim Gordon knows Carrie Brownstein.
I don't know how I didn't put this together. I always forget Brownstein was a musician first.

So, if you're looking for an interesting read about a creative person, I say go for it. I kind of want to listen to it again.
Labels: art audible spinstering audible.com books drawing Girl In A Band Illustration kim gordon magic memoir