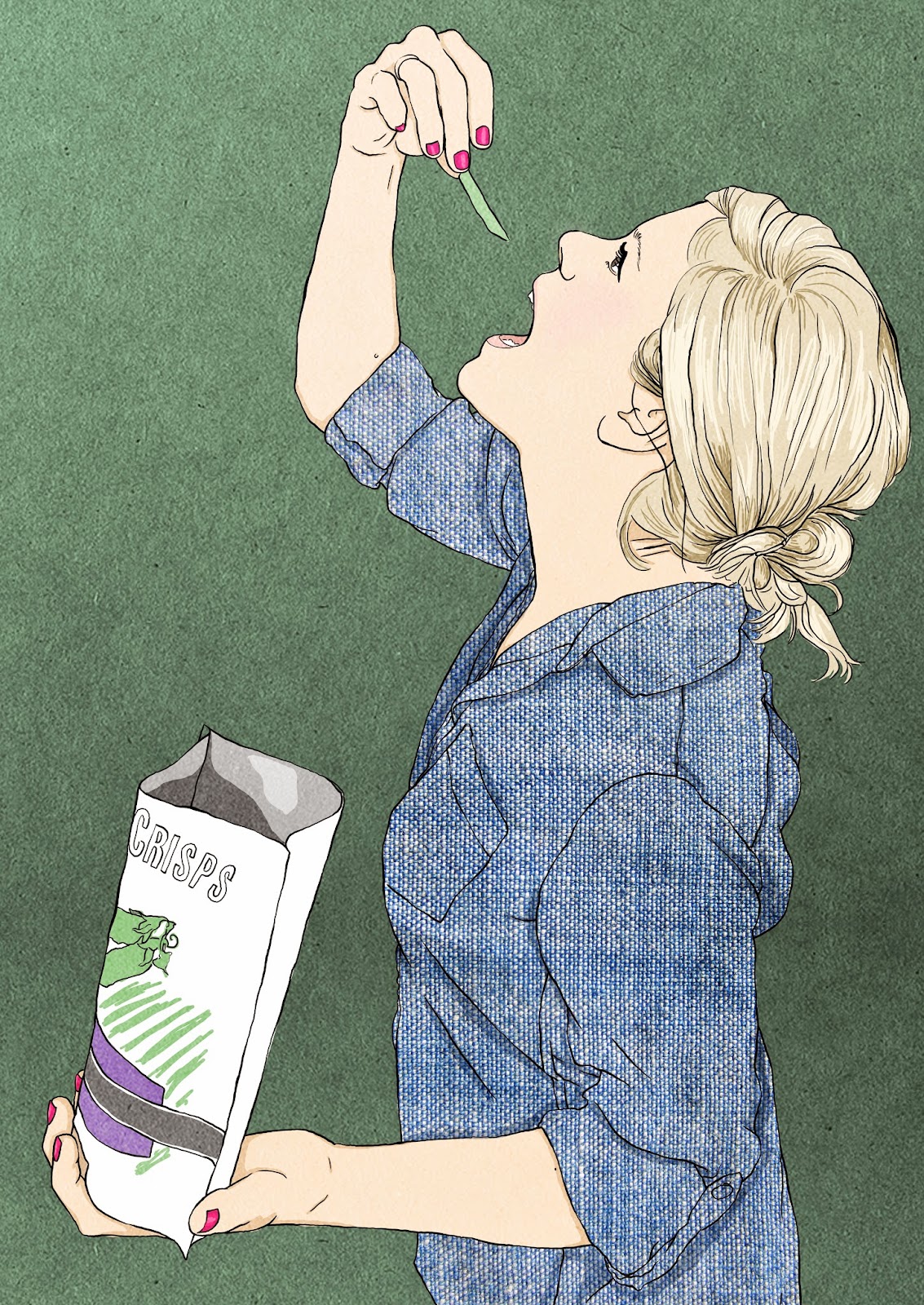 My coworker Aly, having introduced me to the Harvest Snaps Snapea Crisps, was very excited when I brought the bounty I had received from harvest Snaps into the office this week. As such, she was also keen to have her likeness illustrated eating some of the crisps. So, here she is! She's eating the Black pepper crisps, which I believe were her favorites out of all of them.

Now, there is one thing I don't think I did justice in this photo. What, you ask, might that be? Well, it's Aly's nose. Aly has a really good nose. In fact, once I suggested she offer her nose to be photographed for plastic surgeons' offices, she said that she knew a girl once who had actually brought a photo of Aly's nose to the plastic surgeon for a nose job. So...there's that. It's a cute little upturned nose.

I should also mention that this is not a sponsored post by Harvest Snaps. They're just our obsession of the moment.

Lastly, last night I was so focused on finishing the painting of Miranda, I forgot to order the pizza I'd been thinking about all day. My plan had been to watch Bob's Burgers while painting and eating pizza. It seemed like a night of spinsterly proportions. Instead, I let the night get away from me and ended up eating a single hard boiled egg left over from breakfast. I ate it over the sink like a true spinster. Miranda wanted some.

I tell you all of this to say that I'm not sure I've evolved much in my spinsterhood over the past two and a half years that I've been writing this blog. True, a hard boiled egg takes a bit more effort than a can of corn. There's the boiling and the peeling. This may prove, however, that I'd never be able to remember to make dinner for two, were I actually partnered. Yo ho ho! It's a spinster's life for me. Or...at least a random dinner life for me.
Labels: chambray drawing eating harvest snaps Illustration snapea crisps