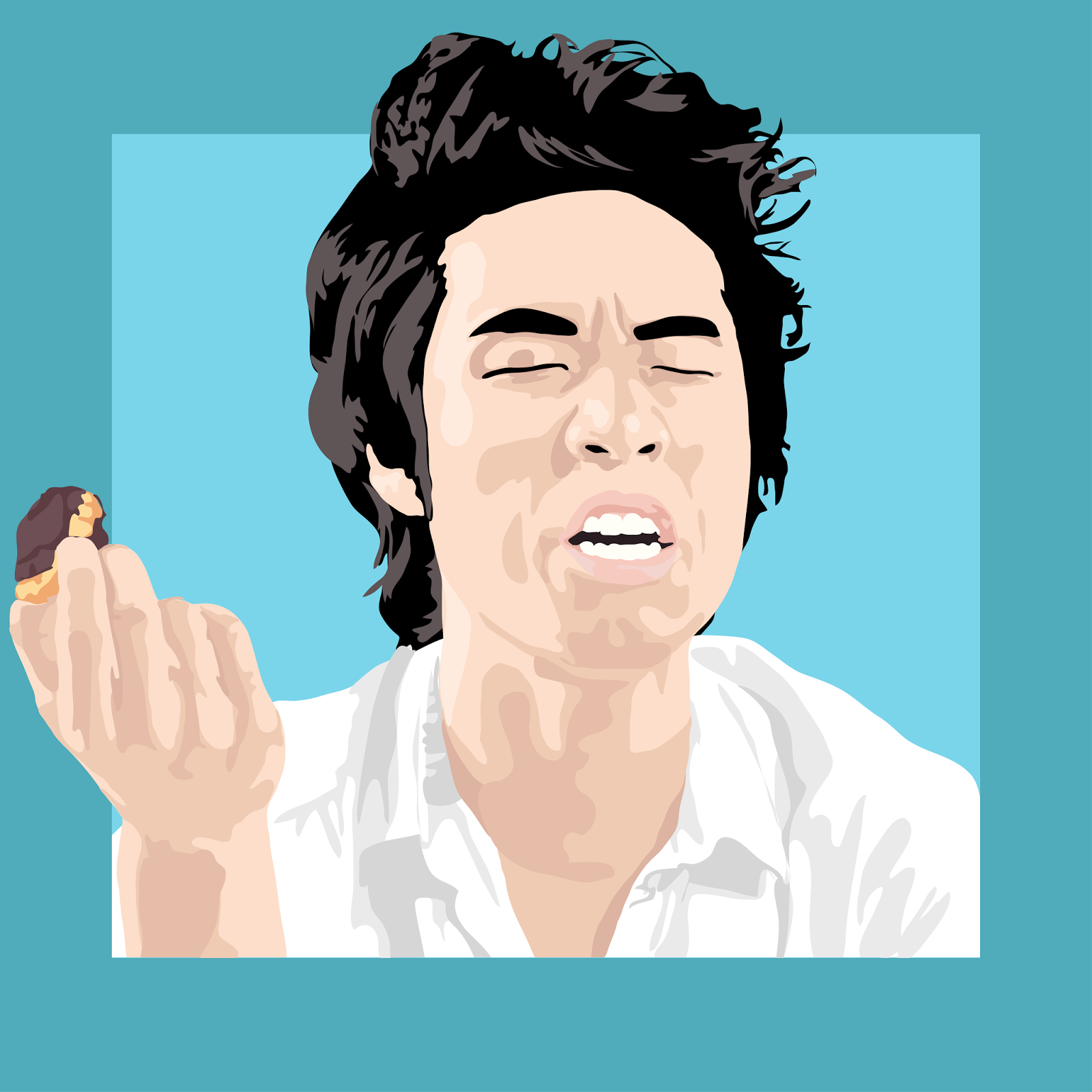 Spinsters, meet my most recent imaginary boyfriend, Eugene Lee Yang. He works at Buzzfeed, and I'm pretty sure we'd never actually be in a relationship because he seems like he's a party animal, and my life revolves around sweatpants. But once again, I've gotten ahead of myself. This post isn't really about Mr. Yang. It's just about some videos he's in sometimes. He's not even in all of them, so let's move on.

Buzzfeed, in their infinite ability to know what I want to watch, read, or otherwise view, has created a bunch of videos wherein their staffers from around the world try foods they've never had before. As a person who likes to try and eat all of the food, I particularly love these videos. Go ahead, click here and check out some of the taste tests they have. I'm going to warn you, though, that once you start watching these, you won't be able to stop. Also, if you like to eat lots of different kinds of food, these are also going to make you hungry.

If you have a few moments today that you'd like to burn, I highly suggest these videos. I also would like to be friends with the people who are eating all the food. There's one girl with curly hair I'd especially like to befriend, but I'm not even sure how to figure out her name.

I watched a hot dog taste test this morning, and I discovered I just really want to eat an LA hotdog. I also want to hang out with the staffers from India. I'm going to embed some of their videos below. Enjoy!

This one has the American Staffers, including my boyfriend, Mr. Yang. Enjoy!

I will be friends with all of them. Thank you.
Labels: binge watching drawing food graphic Illustration Spinster Binge youtube