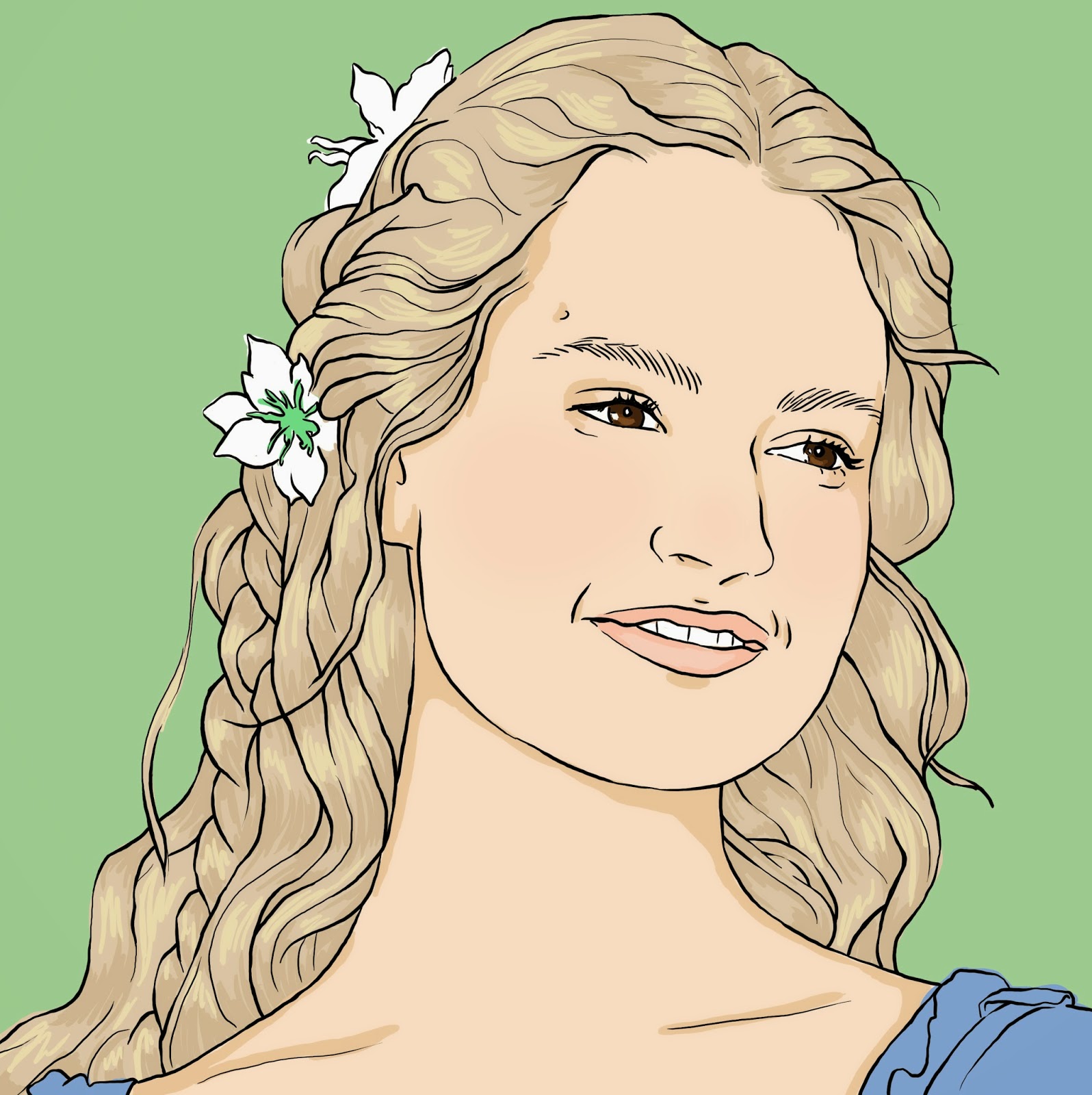 On this Easter weekend, I have been spinstering on a level I suspect is unachievable by most. I've come to my parent's house, and have eaten everything in sight while intermittently watching House of Cards and stepping outside to play fetch with Miranda. I'm slightly embarrassed to think I may be exhibiting signs of being a Back Home Baller. In any case, it's a much needed wind-down after a few weeks of tense and intense work.

Yesterday my mom and I went to see the new live action Cinderella. From the movie posters, I was concerned it was going to be a little strange, but in this incarnation, Cinderella is played by Lily James (AKA: Lady Rose of Downton Abbey), So my interest was piqued. However, Lily James was the only cast member I was aware of, and I was pleasantly surprised to see some other wonderfully familiar faces in the cast.

Before I further entangle myself in paragraph structure - paragraphs seem exceedingly difficult for me today - let's just break this out into bullet points. Here are some reasons to spinster your way on over to your nearest cinema and watch the latest Cinderella. 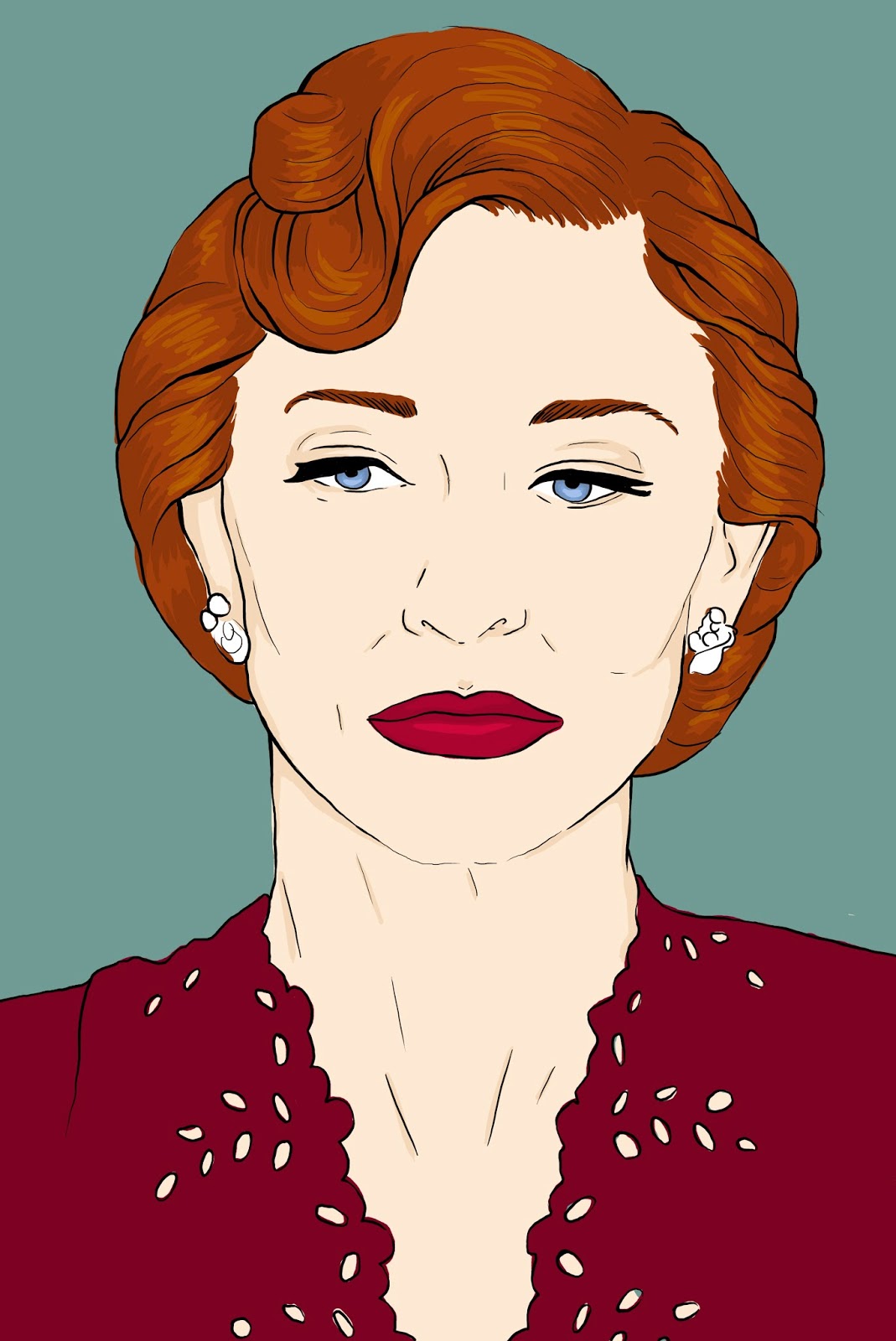 1. The Cast:
Not only is Lily "Lady Rose" James exquisite in all her innocent-faced glory, but her hair is magnificent. The Stepmother is played by Cate Blanchett whose delicious face makes you wish you could see her more. Helena Bonham Carter played a quirky little fairy god mother, who's much more attractive than that one in the original Disney version. Sophie McShera (AKA: Daisey from Downton) and her on-screen sister Holiday Grainger are hilariously mean and look like they're having an excellent time.

2. The Costumes:
This new version of Cinderella looks to be partially adapted from Disney's original cartoon version with little bits inspired by the Lesley Ann Warren filming of the Rodgers and Hammerstein rendition (re: the ballroom scene's choreographed dance and soundtrack). The costumes are a mixture of these with a newer twist where needed. The stepsisters' costumes are practically ripped from the runway, and Cinderella's outfits are a frothy, fabulous dream. Cate Blanchett, though, wins the title for best costumes, hair, and makeup, as in every scened she can be described in no other way than "fierce." I'll take one of every costume she had, thank you.

3. The Special Effects:
As I was watching this movie, it occurred to me that Disney chose this particular time to remake Cinderella because we've made enough advances to make the magical portions actually seem realistic. I won't ruin the Fairy Godmother portion for you because it's really quite excellent, but I will tell you that they've really detailed it out in such a way that makes both the initial magic and the post-midnight change the absolutely most exciting parts of this movie. That is to say, they seem really to have worked through some serious mechanics of how all the changes really would have happened.

4. The Story:
I think fairytale filmmakers are really making their best efforts not to place dreams and ideas in children's heads that can never come to fruition. As such, they've extended the time period from Cinderella and the Prince's first meeting to their marriage so that there is more time for conversation and interaction. Additionally, they've hashed out Cinderella's backstory quite a bit more so that her living with an "evil" stepmother makes a little more sense. We're not just vilifying Cate Blanchett's flawless face for no reason. She has had a tough go of it.

5. The Animals:
I usually have a hard time with fake animals in movies. After I saw Life of Pi, all affected animals seemed awkward and obvious. However, the animals in this movie have been anthropomorphized and cutened so that seeing them won't make you cringe.

There were only a couple things in the movie that made me think "we could have done without that," and both of them centered around humor. There's a moment in there that involves a painter who's clearly supposed to be funny, but he just seems extraneous. We could have done without him. Additionally, there are a bit too many closeups on the animals that have been transformed of the trip to the ball, as if to say "we're animals, not people." The thing is, though, we saw them transform, so we get it...they're just temporarily people.

Also, this doesn't have to do with humor, but there are way to many steps to get to the palace. If I arrived at a party and saw that many steps, I'd be tempted to turn around and go home, even if there were a dashing prince waiting for me at the top. #Spinster.