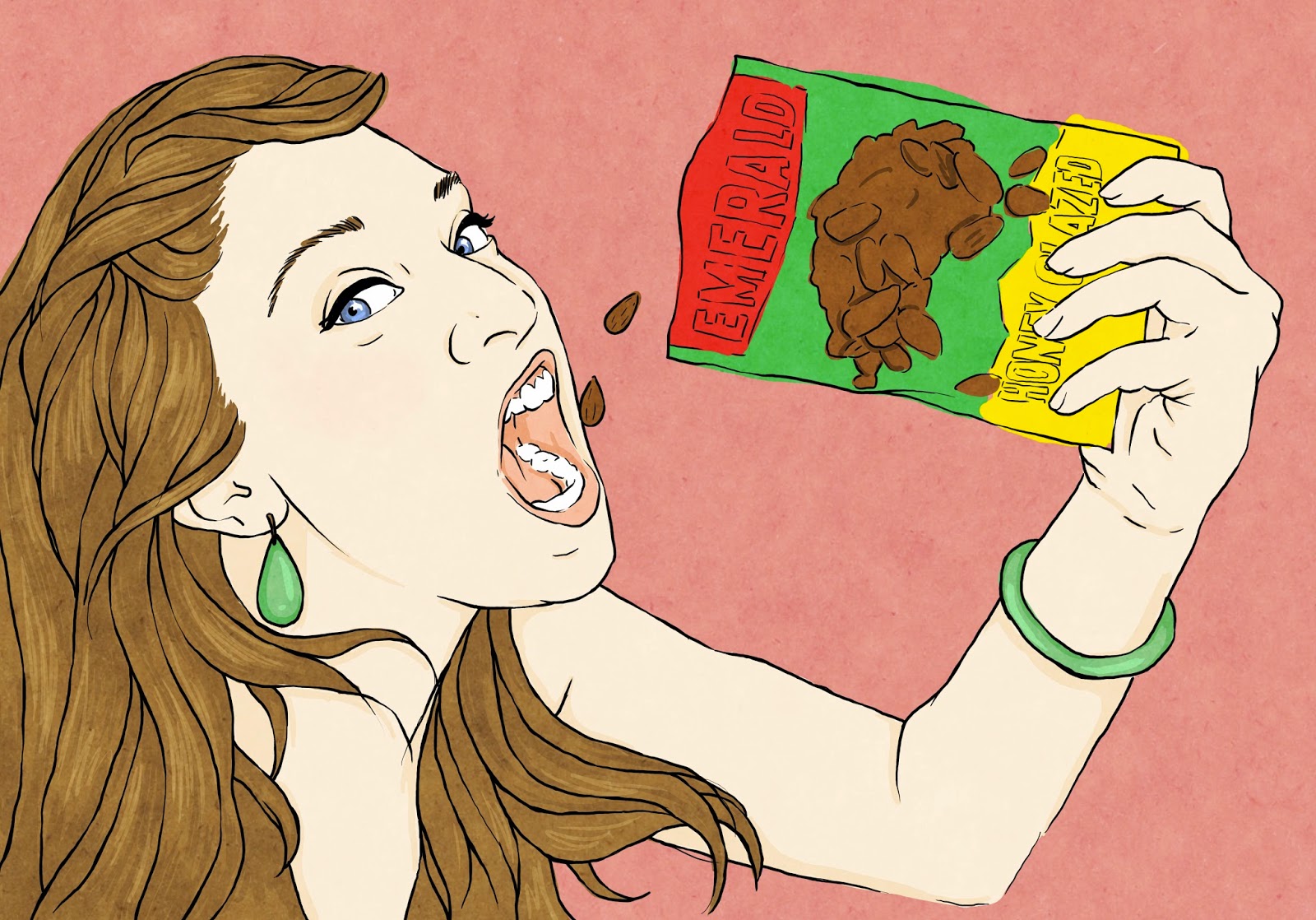 One night last week I decided I should watch the documentary Fed Up on Netflix. I'd heard someone in my office being Diet Coke-shamed because of this documentary, and so I thought I'd check it out. Mostly, because I really hate food shamers. As one of my former coworkers used to say: Don't yuck my yum.

In the documentary, there's a part where they talk about how almonds are a good snack choice because of the other elements they offer to your diet besides just the calories. My sister's pretty into almonds, and it's not like I haven't had them before. It's just that sometimes, after you eat a bunch of raw almonds, it starts to feel like you're chewing on tree bark. Maybe that's just me, though. It's probably just me.

In any case, I went to the grocery store yesterday to purchase milk for a box of cereal I already had and didn't realize was mostly empty (ain't that always the way?). While I was there, I decided to pick up some raw almonds. Well, when I got to the almond section, I discovered that Emerald Nuts has been going nuts with their nuts. (pun absolutely intended). They had, like, six different flavors of almonds, all in the nice resealable packs. I got the raw almonds I'd come for, but then something caught my eye. There on the shelf was a bag of honey roasted almonds.

I thought to myself that these could be delicious or weird, so of course I need to try them. I managed to wait in line and make it all the way to my car before ripping to bag open. Spinsters, what happened next was all out  almond carnage. I ate half the bag in the time it took me to drive, like, five blocks. I finally had to make myself stop once I got inside my apartment because I was afraid Miranda would try to eat them, and I didn't want to share.

In case you haven't discovered the glory that is the honey glazed almond, I suggest you try one or ten. I'm not going to say I think they're much healthier than any other snack. Certainly they're not better for you than raw almonds or fresh fruits or vegetables. But, you know, what is? These can be your treat almonds. I'd imagine they'd be great with ice cream. Think on that. You're welcome.