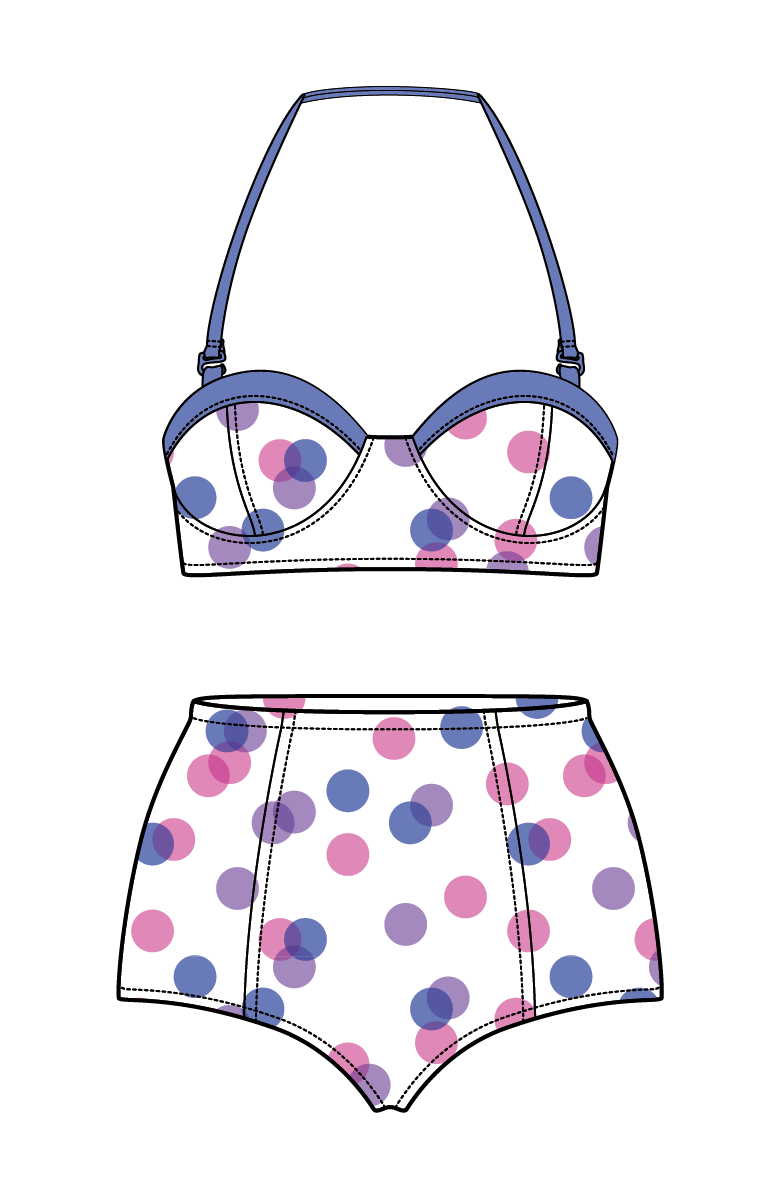 So, a couple of weeks ago, I made a new ASMR video. Of course, it wasn't really a traditional ASMR video. It was more of a combination ASMR/tutorial/fashion design video. I was so excited about my discovery of the moving screenshot function in Quicktime, I just had to make another. This time, it's a little bit more seasonally appropriate, and it's womenswear.

At the beginning of the video I made a couple of art brushes, but then once I was finished editing it,  I realized I never actually used the brushes. So...that's a little bit of a freebie for anyone who chooses to watch this new ASMR video.

Now, a lot of people are creeped out by a soft-spoken ASMR video, but a lot of people use them to fall asleep. I'll have to be honest and say that I almost fell asleep while I was editing this one. It'd done in real time, so you're watching this at the actual speed at which creating flats occurs. Somehow that's a bit slower than I thought it might be.

Now that I've gone one and on about the video, let's just embed it at the bottom of the post. Watch it if you're in need of some relaxation today, or of you like swimwear, or if you want to know how flats get sketched in the industry. Enjoy!