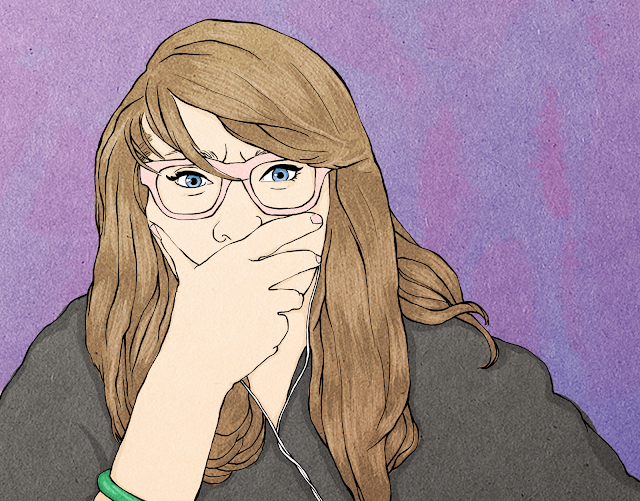 Well, Spinsters, it's June. How did that even happen? I know, I know. The earth rotates around the sun and blah blah blah. Still, that seemed quick.

Today's post is brought to you by my own morbid curiosity. I'm pretty sure at least 50% of those who read today's post are going to judge me pretty hard, but what can I say? The other 50% of you are just as curious as I am.

Over the past month or so I have been devouring audiobooks left and right. I did a lot of driving and even started listening to books in the car. Four of the books I recently listened to were related. They were all memoirs of well-known kidnapping victims. First I listened to Hope: A Memoir of Survival in Cleveland which details Amanda Berry and Gina DeJesus's experiences as two of the three kidnapping victims of Ariel Castro. Next, I listened to Jaycee Dugard's A Stolen Life: A Memoir. Then I listened to Elizabeth Smart's My Story. Then, to round out the group, I circled back to the third Cleveland Kidnapping victim, Michelle Knight's Finding Me: A Decade of Darkness, a Life Reclaimed: A Memoir of the Cleveland Kidnappings. Heavy stuff, but they were all fairly short as audiobooks go.

At first when I heard that the two of the Cleveland victims had combined their memoirs and the third had written her own, I was suspicious that there was some sort of bad blood. After I listened to Hope, I still thought that a little, though Berry and DeJesus took great pains to say that they wished Michelle Knight the best. However, when I finally listened to Michelle Knight's story, it was clear to me why her's was separate. her life before the kidnapping was crazy (homelessness, abuse, losing custody of her son), and then she was the first of Ariel Castro's victims. All three of the Cleveland kidnapping victims used ghost writers and voice actors, and I think this was really the wisest choice all around. Of the two (and really of all the kidnapping books), I think Michelle Knight's was the most well-written...but then perhaps I am also blinded by the incredible story of her life in the first place.

Jaycee Lee Dugard's story was another one that was sad in the first place. Her mother's boyfriend didn't seem to like her and insisted she walk to the bus stop instead of being dropped off at school. She was snatched while on her way to the bus, and you can tell in the book that she's still bitter and still blames him. Dugard wrote and read her own book. It can be confusing at times, and there's a lot of therapy speak, but I certainly don't think anyone's in any position to judge anything at all that Dugard does in her life. She had two babies in captivity, and one was born when she was 14. She was kidnapped at 11 and released 18 years later, so that means the first daughter was...15 when they were rescued? That's insanity. I'd like to read that child's memoir if she ever publishes one.

Elizabeth Smart also wrote and read her own book. She uses some really excellent vocabulary words, and the story is technically well-written. However, the reading is often too expressive and can even come off as sarcastic or ironic when I'm fairly sure it isn't supposed to be. There's a lot of detail in this book that I would deem kind of unnecessary, and then there are other parts where she leaves out some of the things you'd like to know. Most of the book is spend talking about her Mormon faith and her insistence that she never had Stockholm Syndrome. She also never had therapy.

All told, these books are just filled with insanity. Ariel Castro and Dugard's kidnapper seemed to be at least partially the same kind of crazy. They both fancied themselves musicians and both referred to having the same kind of "problem." They had problems, all right. Elizabeth Smart's kidnapper, on the other hand, was a whole different bucket of crazy. He claimed to be a Mormon prophet who was supposed to have seventy times seven wives. He would also leave Smart and his lawful wife for days without water.

Anyway, in case you want to read these books, I'll stop while I'm ahead. Also, I hope your'e reading this in the morning, because if you aren't, you might be in for some scary dreams.