Spinster Screening: The End Of The Tour 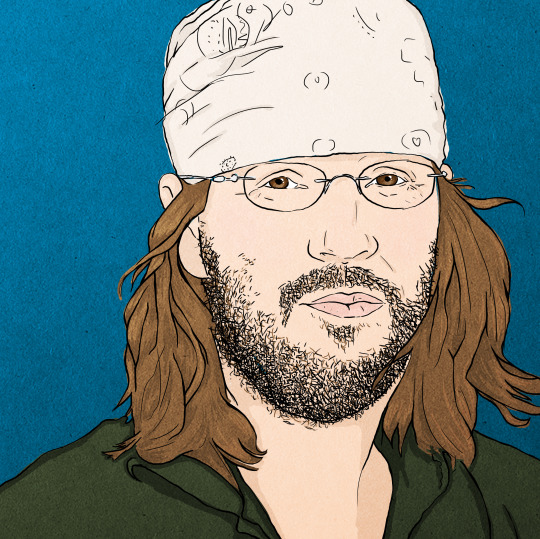 I didn't find out there was a movie being released about David Foster Wallace until about a month ago. Then, it was due to hit theaters in a couple of weeks. Well, theaters in New York. It took a couple more weeks for The End Of The Tour to come to Atlanta, but when it did, I saw it that very weekend.

Now, I know what you're thinking. Most of DFW's readership is comprised of mansplainers who think a woman couldn't possibly really understand this Infinite Jest. I'll admit that at first they were right about me. I really hate to put that in writing. However, I've said it before and I'll say it again: the longer it's been since I read this book, the cooler it becomes. it just keeps cropping up in every situation - but in my mind, not in conversations with men who doubt my intellectual capacity.

I'd heard before that David Foster Wallace was a jerk. Truly, from his reader-hostility in Infinite Jest, I had no problem believing this bit of information. The portrayal that The End Of The Tour offers, though, hit closer to home with my own thought processes and existence than I'd imagine that of a genius ever could.

Am I flattering myself, being pretentious? Probably. But perhaps the whole allure of David Foster Wallace is actually that he was oddly relatable for someone whose brain was clearly in complete overdrive. After I watched the movie, I decided to do a little research on its accuracy. This mid-90s interview with Terry Gross actually confirms a lot of the dialogue in the movie as truthful. Well, that and the fact that there were the recordings of David Lipsky as well as any number of DFW's nonfiction writings and speeches.

As one article put it, "The End Of The Tour is like spending two hours with David Foster Wallace." Truly, Jason Segel kills it. He manages to be both forceful and vulnerable. I can only imagine what it was like trying to unpack all of his lines before deciding how they should be properly delivered. I feel like I need to see the movie three more times before I even hear all the words for what they are.

The one thing that I will say didn't really ring true for me in the movie (thought apparently it was true at the time of Infinite Jest's publication) was that everyone seemed to immediately really love Infinite Jest. Like, there's a part where Lipsky is about halfway through reading his own copy and audibly confirms that the book is great. At that point in reading that chunky volume, you've been flipping back and forth between main body text and footnotes so much, you're considering stopping with the foot notes all together. If you have a day job, I doubt you're finding that amazing. Well, at least I wasn't. Then again, reading Infinite Jest on the subway on the way to and from work probably wasn't the easiest way to get it done.

Whether or not you like David Foster Wallace's seminal work, I think this movie is really worth seeing. Especially if you have a self-aware propensity toward shoe-gazing or even intellectual pretension. Go see this, but make sure you're in the mood for some thought. It's not light fare.