Spinstergram: My Niece is an Organizer 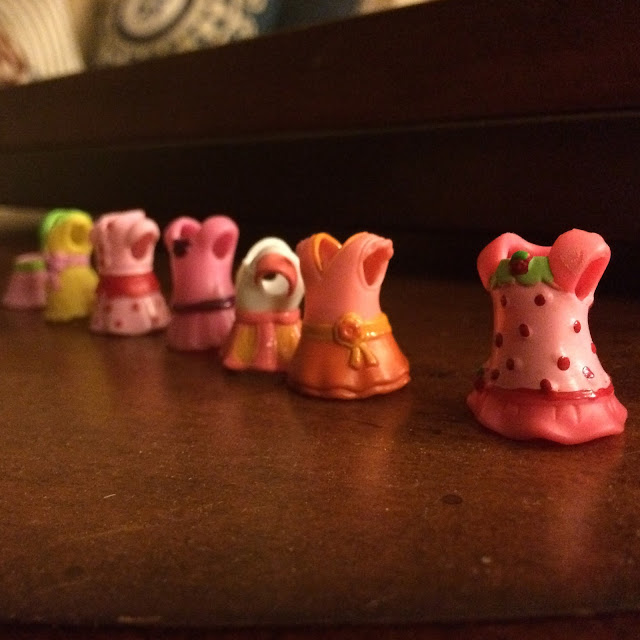 I never like to go into the office on my birthday, so when I have the opportunity, I plan a little outing or trip for myself on that day. This year, I went to visit my sister in New Jersey and played with my niece. She is adorable, and if you follow my instagram (@jonezee85), then you know she has the best pigtails anyone's ever seen.

There are things that we like to say children get from certain relatives. My sister says my niece has the same hair I did when I was little. "Mermaid hair," she calls it. Another thing she inherited? She has her dad's super long legs. That's a blessing for her, as you might imagine.

Parks (my niece) is almost three years old. She loves Strawberry Shortcake and The Backyardigans. She has a big box of little dolls and figurines that are her current favorites. So, when we were playing the night before my birthday, she was taking each little doll out one by one. I was helping her remove each of the items from the box, so I wasn't paying attention to what she was doing with them. We got distracted and stopped emptying the box, but hours later, I came back to the table. Above is the image I saw. Not only had she separated all the different kinds of toys, but this, in particular made me laugh. She had lined up all the little dresses that go with one particular kind of doll, spaced them pretty evenly, and faced them all in the same direction. She did not inherit this from me. 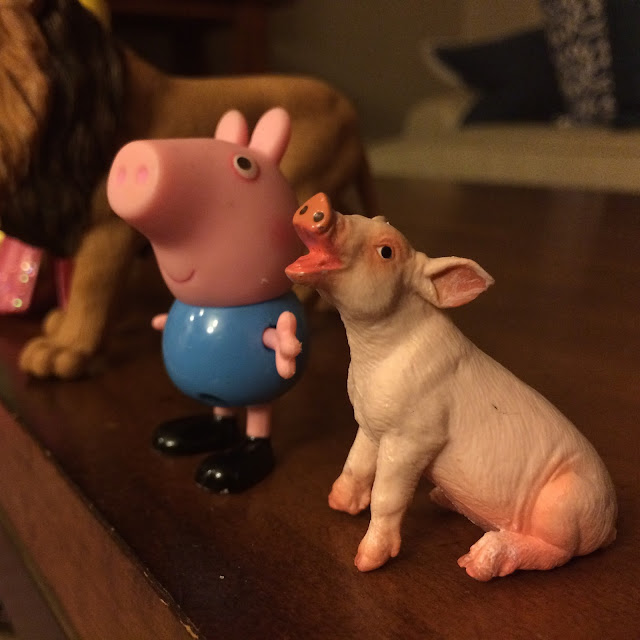 In the same box, Parks had some animal toys. She had some fairly realistic farm and zoo animals, and she also had some of the characters from a show called Peppa Pig. As you can see, the styles of these little figurines is very different, but I just had to laugh when I saw that among five or so cartoonish piglets, there was one realistic one, hanging out with his own kind.

I don't know what Parks will be when she grows up, but it is fascinating and hilarious to observe her interests and little idiosyncrasies. Perhaps when she's old enough, she'll relish the opportunity to organize my apartment. Haha. I know. Wishful thinking.