The Spinster at Thirty 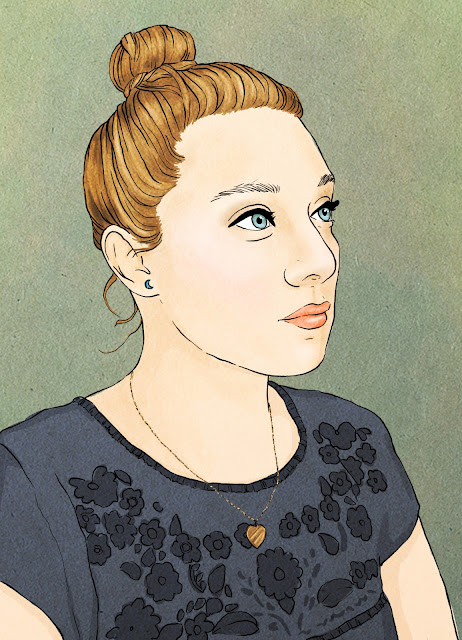 Well, it's happened. I've gone and turned thirty. I can't believe I've been alive this long without figuring out how to be an adult. Case and point: I ate ice cream for breakfast yesterday. But, if it had been my last day on earth, I would have considered that an excellent decision. It wasn't my last day, and still I don't feel that bad about it.

In the next thirty years of my life, I expect I may get the hang of functional humanity. It may not happen until my fifty-ninth birthday, but hopefully it will happen nonetheless. Aside from the adulthood, though, there are a few other things I think should happen in the next thirty hers. And so, of course, I've made a list of things I want to do before my sixtieth birthday. Hopefully I can achieve most of them before I turn forty.

1. Ride in the sidecar of a motorcycle.
Something tells me this is something I'll only want to do once. That doesn't make me want to do it less, though. If I had a motorcycle, I would obviously get a little sidecar just for Miranda.

2. Go to Paris.
It's really a crying shame that I'm a professional fashion designer and have never been to Paris. I need to remedy this situation as soon as possible.

3. Ride in a hot air balloon:
Since I'd be riding in a big basket, it only seems right I'd also be eating a picnic.

4. Have studio portraits made with Miranda:
I don't know why, but I've always wanted to send out a Christmas Card with an Olan Mills-style photo on it, dressed as dorkily as possible. I should be able to make this happen, but somehow I haven't yet.

5. Buy a house.
This doesn't seem particularly urgent, but I really do think Miranda would like to have a yard. It'd be hard to give up the built in maintenance man and swimming pool of an apartment complex, though. Of course, I did live in New York for six years without either, so I guess I'd survive.

6. Publish a book.
I'm not sure if I'm even picky about whether the book has words in it at all. It could be a coloring book. I know I've self-published several of those, but I think it would be really cool to have the backing of a publisher.

7. Become a gastro tourist.
I would love to take up traveling based on cuisine. Between meals, I'll do whatever I want, but the food would be the main purpose. It's already one of my favorite parts of traveling to a new place, why not just make sure it's a built-in focus?

8. Make a quilt.
I think this is on pretty much every crafty person's bucket list. I just want to do it.

9. Go on a road trip across the US.
I'm not one for tourist attractions, really. I don't need to read any plaques...unless they're about the art of portraiture. Then, I'm afraid I'm going to want to read them all. But that's beside the point. I just want to drive to the west coast, eating everything along the way and hopefully seeing some excellent thrift stores and flea markets as well.

10. Go to the World's Largest Yard Sale.
I don't think I'd make it all the way from one end to the other, but it seems like it'd be a lot of fun.

There are a lot more things for this list, but I think I may have my work cut out for me. Here's to the next decade and possibly the next thirty years!