Audible Spinstering: Butterfly in the Typewriter 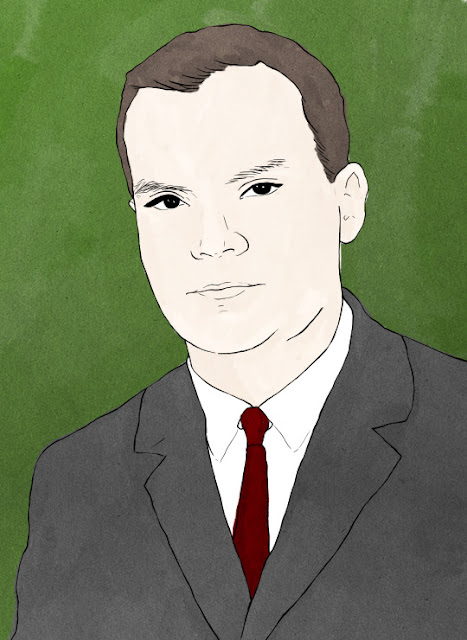 One of the first extra curricular books I ever read as an adult was John Kennedy Toole's A Confederacy of Dunces. My boyfriend at the time bought it for me for twenty-five cents at a junk store, and I read it between my Medieval History classes. Years later, riding the subway in New York, I was reading the book again, only to find that three other people in my train car were also reading Toole's posthumous success. But this book is much loved by all, so I suppose I shouldn't have been surprised.

Seeing The End Of The Tour made me wonder what sort of similarities there might be between David Foster Wallace and John Kennedy Toole. For one thing, they were both three-namers. And then, of course, they were both award-winning authors who met untimely demises by their own hands. Other than that, though, I knew next to nothing about John Kennedy Toole. So, I searched for a book on his life.

Before my search, I'd never heard of Butterfly in the Typewriter. It seems I'd heard that Toole was much like his fictional hero, Ignatius Reilly. As I learned in the book, however, this wasn't quite the truth. According to the photos I found as well as the accounts contained in the book, Toole wasn't actually obese or, really, very out of touch with reality. If anything, he was very attuned to reality and had taken trips to New York in his own automobile, to say nothing of a Scenicruiser.

I won't summarize the book in its entirety in case you'd like to have the pleasure of reading - or listening to - it for yourself. I will say, though, that one of the most interesting and entertaining parts of the book was the personality of Toole's mother, Thelma, who was the driving force behind A Confederacy of Dunces' publication. There are more than a few similarities between her and Irene Reilly, though I doubt she spent her evenings drinking at a dimly-lit kitchen table with "that Battaglia strumpet."