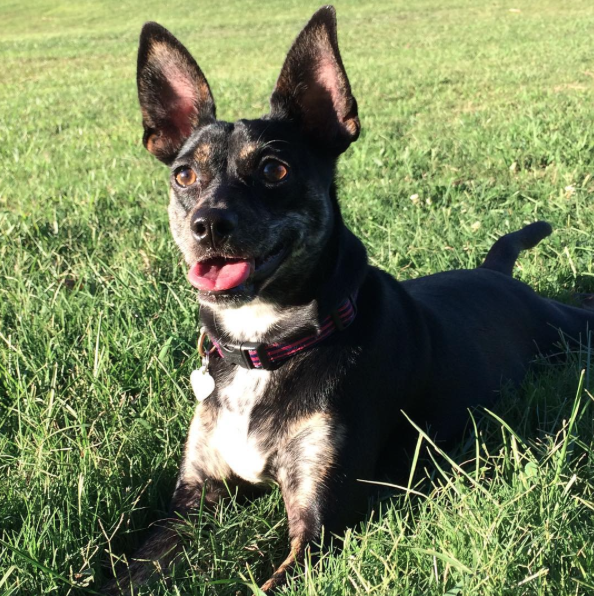 This weekend I had a date with a guy who, though his haircut may have been a little questionable, was all the things on my checklist. I thought the date went well - we just had coffee, but it lasted for a while - but when we left, he didn't get my number.

From there I went to Binders to pick up a few things, and I realized I'd had so much caffeine I was sweating and in total overdrive. I rarely drink coffee, and I'd had an iced mocha. Because I was in overdrive, I worried that the guy had thought I was insane because I was over caffeinated. Then, of, course, while having lunch with my friend Sara I recapped the whole date and how statistically impossible it seemed to have met someone who really met all my requirements.

When I got home from lunch, I decided to just go ahead and read his question answers - which I hadn't done beforehand - to see if there was something seriously wrong with this guy that I'd missed. Nope. In fact, he answered one important question the same way I did, and on that particular question, that's really rare.

Maybe it was all the caffeine that was making me overly enthusiastic or optimistic, but I was a little surprised when, by the end of the night, I hadn't received a "nice to meet you" message. Not everyone does it, but when you have a good rapport with someone, it has been known to happen.

The next day I kept the nursery at church then had lunch with an artist who lives in my complex and her husband, and I thought they were great. I wasn't over caffeinated. They are legitimately awesome.  When I got home from lunch, though, there was still no message.

I set to working on one of the portraits I have on deck, and of course this gave me more time to think. I decided that, even though I would be breaking my own protocol, I would send the "nice to meet you" message. So, I did. It literally said something like "nice to meet you, I hope your weekend's turned out great!"

I'll stop boring you with the details of ever time I  checked my phone after that, but it was a little obsessive. I generally advise other friends to give the guy the three days they all seem to take to respond to you, but somehow I had a lapse in sanity. Again, at this point, I was back to only drinking water. I will say, though, there may have been other contributing factors that made me want to focus on this. Like, say, the fact that this will be a particularly busy week at work.

Well, this morning I woke up, and there was a message. From the title of this post, I'm sure you can imagine the sort of thing it said. It managed to make the effort to be polite while somehow also being condescending. I think it's hard to avoid that, though, in a rejection message.

I'll try my best not to waste my time thinking about what I could have done differently. There are any number of reasons one person may not want to date another. I've certainly had that feeling before, and I've also been on this end of the equation before - with 95% of guys I've ever "like-liked." I'm lucky, though. Or, if we're going to go cheesy Instagram with this, I'm #Blessed. Why? Because I have the best life partner a Spinster could want. Look at that face. She's the cutest, best, and sweetest, and she never tries to talk to me in the middle of a TV show. Sure, she whines sometimes, and she did wake me up mooing like a cow the other morning (according to google this is, in fact a thing), but Miranda is the best little dog in the world, and I love her. Maybe we should all start taking to PetFinder instead of OK Cupid, Hinge, Tinder, or what have you.

I hope your Tuesday is excellent. I'll be taking my life partner to doggy daycare so she can have fun all day long. She deserves it for being the best.